The ongoing surge in the e-commerce business and massive demand for last-mile mobility in India sees Mahindra Electric aggressively expand its three-wheeled electric cargo business even as demand slows down for shared mobility in a time of social distancing. 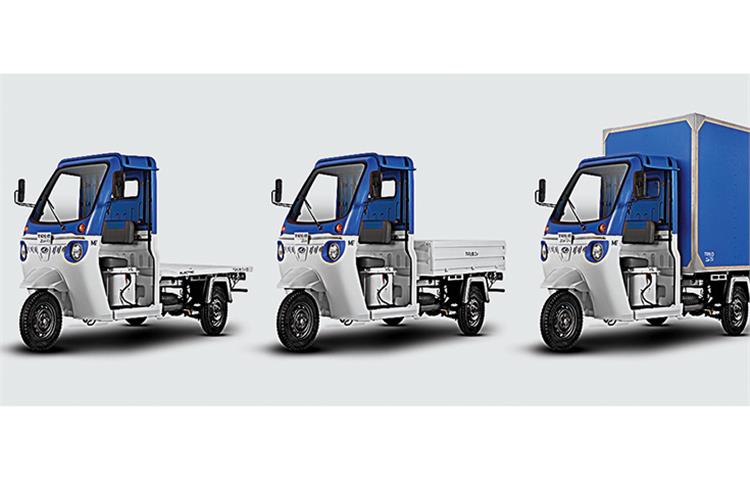 You win some, you lose some. This, in a sense, sums up what Mahindra & Mahindra has been experiencing with its electric vehicle business operating under the umbrella of its subsidiary, Mahindra Electric.

As Dr Pawan Goenka, managing director of M&M, said at a recent press meet, “I must admit that the pandemic caused a loss of momentum in electric mobility.” The year actually began on a positive note with volumes of its electric offerings averaging 500-odd units in January and February. Then came the national lockdown which caused the economy to go into a tailspin and pretty much knocked the wind out of everyone’s sails.

The good thing is that the gradual unlocking over the past few months has seen a revival of sorts in automotive sales where, funnily enough, the tailwinds are quite fierce for electric vehicles. “Everyone is realising what air quality is about, especially without any pollution happening in April and May. The desire to switch to electric is therefore higher,” said Dr Goenka.

Further, with BS VI becoming mandatory from April 1 this year, the cost of ICE (internal combustion engine) vehicles has gone up. However, there have been no such price implications for electric which simply means that “the relative commercial value in the last-mile space is better”.
Yet, it is not as if electric mobility does not have its share of challenges. According to Dr Goenka, there is still some hesitation among customers in sharing a ride, which means products like the Treo Yaari four-seater are “not getting the same momentum”. In the process, this is “hurting a bit” and it is clear that in terms of people's movement on electric vehicles, there is a fair degree of stress.

As the M&M chief puts it, the changing dynamics are a fallout of working from home with very little employee mobility happening as a result. “The demand is shifting from ride share to single use and for us it does not matter since we make both versions,” he said.

Industry observers believe it will take anything from six to nine months before ride sharing gets back on track. It is also a no-brainer that ICE will continue to account for a lion’s share of sales in the personal mobility space while there is still some way to go in the electric space.

Three’s company, cargo’s a cinch
The good thing, however, is that there has been a massive surge in e-commerce during the pandemic where customers are quite happy to have products delivered home. There is still tremendous paranoia about going to crowded supermarkets and the likelihood of being infected with Covid. It is here that companies like Mahindra Electric see tremendous prospects for their three-wheeled electric cargo business.
It also explains why the recently launched Treo Zor, for which Dr Goenka was personally present at the Bangalore video conference, becomes a significant part of the strategy. “For us, e-commerce is a key business opportunity for us,” said Mahesh Babu, CEO, Mahindra Electric.

Brands such as Flipkart, Amazon, Reliance Retail and BigBasket will have good reason to opt for electric mobility options to carry goods from their warehouses to residential communities across cities. According to Babu, the Treo Zor has been designed to meet the diverse needs of these e-commerce players.

In his view, the three-wheeler cargo segment is undergoing tremendous change. “With BS VI, the total cost of ownership (TCO) of the Zor is much better in these applications. Consumer behaviour has changed with more deliveries and there is a huge demand for last- mile connectivity,” he said.

No wonder then that a host of e-commerce players are throwing their hats into the ring, especially in the case of city deliveries where electric cargo vehicles make more sense. The good part is that most operators are not so worried, as they were in the past, about range anxiety since city trips are generally in the range of 150-170km daily.

“In electric, there is some apprehension about being stranded but confidence is coming back strongly especially in the cargo space,” said Goenka. Operators are also beginning to realise that the TCO is lower than an ICE three-wheeler. It is also less strenuous to drive an electric three-wheeler and the fact that it is noise-free is an added bonus, especially when it comes to navigating through city traffic. “The value proposition is slowly sinking in,” he added.

Some states are also doing their bit in supporting the electric drive with Telangana being the latest to join the list. Many others are expected to follow suit even while each will have its own specific policies based on customers’ mobility requirements, be it in buses or three-wheelers.
From Dr Goenka’s point of view, electric is a better option from the viewpoint of TCO for both load carriers and auto. “Three years from now, people will see the value of e-mobility and there will be little hesitation in going for it,” he said.

This could well happen even without fiscal sops offered under the Centre’s FAME programme. It just means that manufacturers cannot afford to rely on government support forever and constantly need to push the envelope in cost reduction. Yet, all of them are unanimous in their view that GST levels for electric vehicles should not be raised and made at par with their ICE counterparts since this could affect their commercial viability.

M&M has already made it known that it is open to roping in an ally for Mahindra Electric. “We are looking at potential investors and significant interest has come in from many players,” said Goenka. These include e-commerce providers and right now the exercise of shortlisting investors is underway. “We are  in the process of finalising (a partner) . . . plans are progressing,” he added.

Babu is also hopeful of the road ahead for electric three-wheelers which have doubtless been impacted during the pandemic but are slowly making a comeback. Right now, Mahindra’s market is up to four percent in this space pan-India even while it is reasonably larger in Kerala at 14 percent as well as Tripura, which is once again in the higher double-digit space. “Customers are appreciating the Treo and we will get back the momentum,” he said.

High on localisation
The silver lining during the pandemic was that it gave the company time to focus on its localisation strategy especially with tensions rising between India and China. As Dr Goenka pointed out, during the last few months, there has been a significant transition from Treo 1.0 to Treo 2.0 where the former had a lot of components from China while Treo 2.0 is essentially all India.

The company has developed its own motor, battery management system and there is now “substantial performance improvement”, said Babu with local content being the mantra for Treo 2.0 except for the cell and a few electronic parts. “Everything else is made in India by us,” he added. Going forward, the new plant in Chakan will make high-voltage systems, once again with localisation being the core of the strategy.

“All this will make us efficient, reliable and offer safer products. We have done complete backward integration at Chakan,” said Dr Goenka. Within Mahindra Electric, the hope is that this plant will eventually cater to the needs of other manufacturers both here and overseas.

It is also getting amply evident that the Centre cannot continue helping out with the cause of e-mobility and the time has come for OEMs, service providers and end users to pick up the gauntlet and move on. “In something as basic as three-wheelers for instance, when TCO is lower than ICE, what more do we need? Why should we depend on the Centre for charging infrastructure?” said Goenka. The message is loud and clear: everyone should do his bit and chip in with chargers, vehicles and service.

It is also equally evident that manufacturers cannot “sell profitably” electric cargo/load carriers at a lower cost than ICE but that does not mean that the show should not go on. Now with e-commerce players keen on participating in this arena, companies are now seeing new opportunities ahead.  “We need to work on the entire ecosystem with our partners in terms of charging,” he added.

Interestingly, there are enquiries coming in from Europe and Japan for the Treo Zor albeit these are early days yet. Ironically, most emerging markets have an ecosystem like India in terms of charging infrastructure which, in the process, makes it difficult “for us to address their needs”. To that extent, the electric boom will take a while to happen though the current momentum in the cargo space offers some reasons for optimism.

This analysis was first published in Autocar Professional's November 15, 2020. 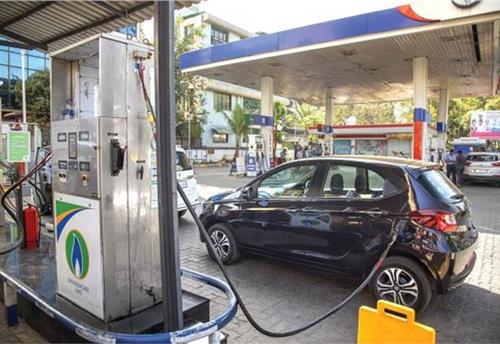 With the narrowing of the price differential between CNG and petrol-diesel, the rationale of much-cheaper cost of owners... 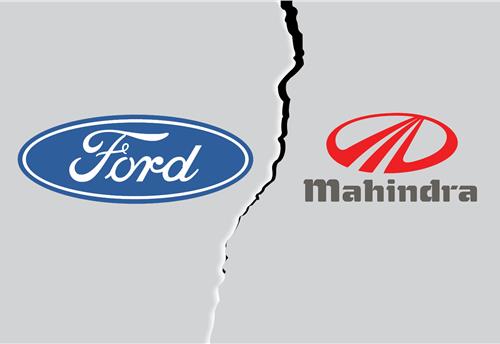