TVS Motor Co’s vehicle of entry into the 125cc scooter market continues to be a strong draw; along with the flagship Jupiter, it has helped the company take a 24% share of the segment. 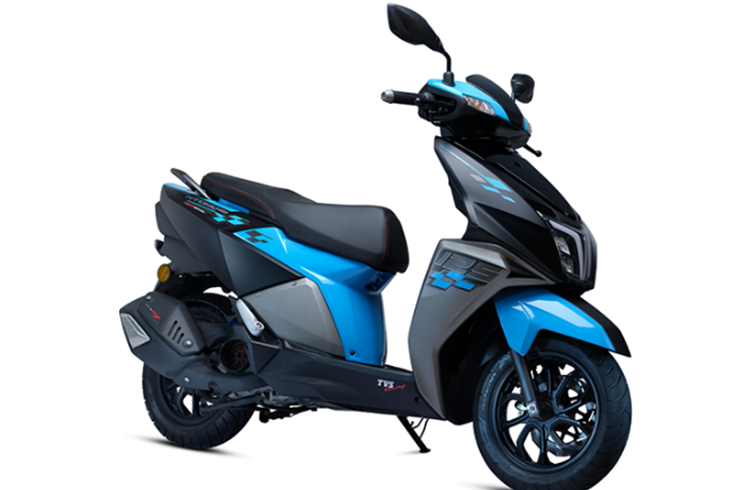 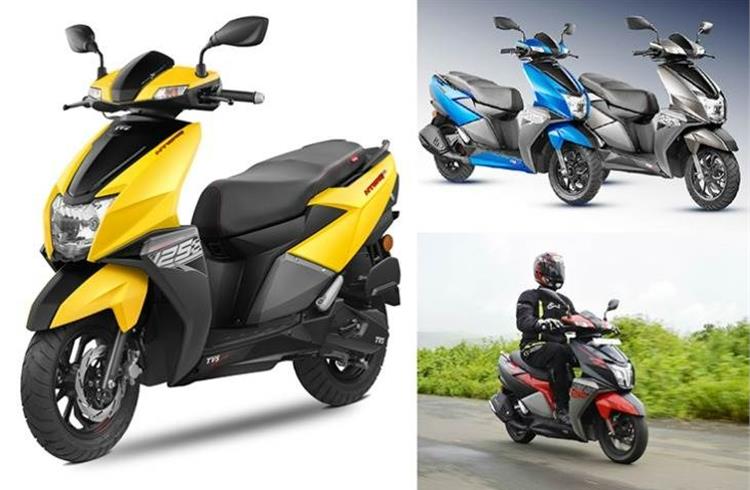 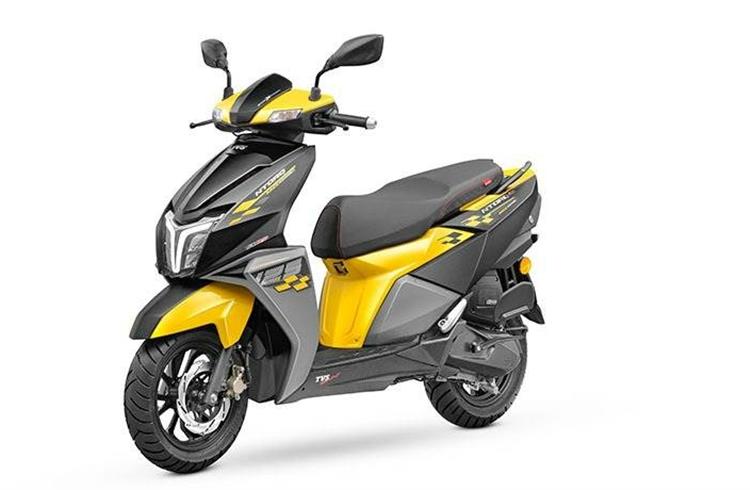 In August 2020, TVS introduced a new colour for the NTorq 125 Race Edition – Yellow and Black. 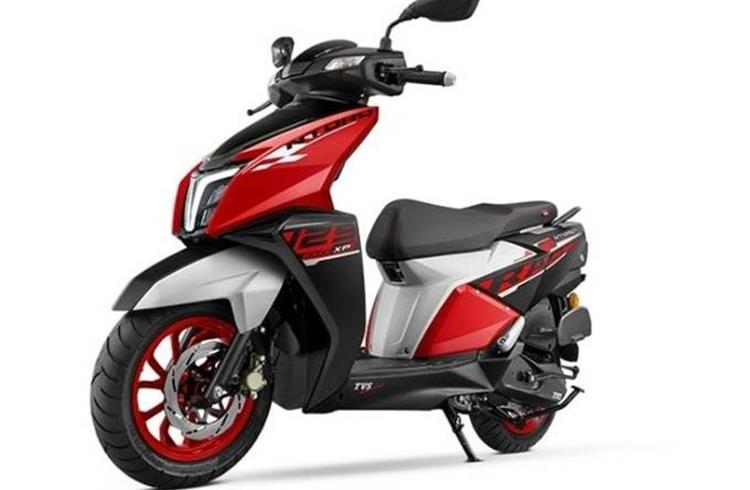 In July 2021, the NTorq 125 Race XP received a first-of-its-kind Voice Assist feature. All NTorq variants stand out in terms of their connected features. 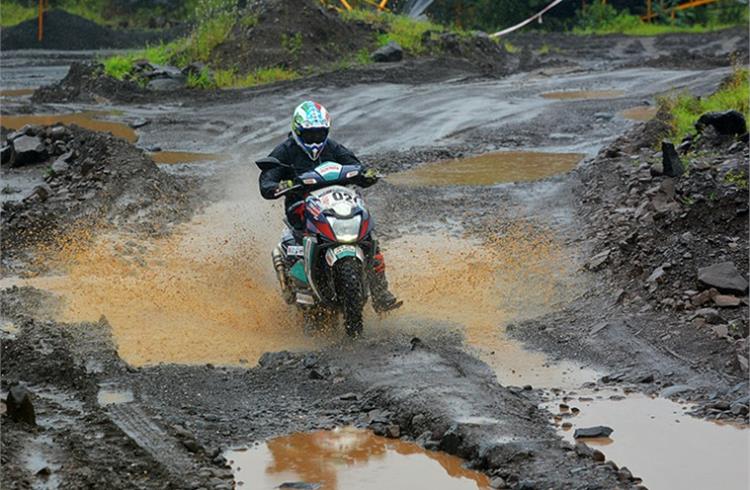 On September 21, the NTorq 125 SXR won the Nashik Monsoon Scooter Rally 2022, with Syed Asif Ali astride the scooter.

Zero to 1,000,000-unit sales in a little over four years since launch. That’s what the NTorq, TVS Motor Co’s vehicle of entry into the 125cc scooter market, has recorded in India.

As per Autocar Professional’s domestic market sales analytics, the NTorq, which was launched on February 5, 2018, has crossed the million-unit sales milestone in the first few days of April 2022, and has gone on to clock a total of 1,124,661 units till end-August 2022 (see data table below). When FY2022 ended in March 2022, total sales were just 1,368 units shy of the million-units mark. Within two months of its launch, the NTorq snapped up 19,809-unit sales and went on to clock 213,039 units in FY2019, its first full year of sales and one in which it bagged the prestigious Autocar India  'Scooter of the Year' award.

Walking the NTorq with young India
Targeted at millennials, the NTorq, which is the production version of the Graphite concept showcased at Auto Expo 2016, is powered by a CVTi-REVV 124.79cc, single-cylinder, 4-stroke, 3-valve, air-cooled SOHC engine that develops 9.4hp at 7500rpm and 10.5 Nm at 5500rpm.

The NTorq was launched at a time when the scooter buyer preference for 125cc model was just about beginning to take shape. Over the years, TVS Motor Co has at regular intervals introduced new variants in an effort to retain model freshness and also to rev up sales. 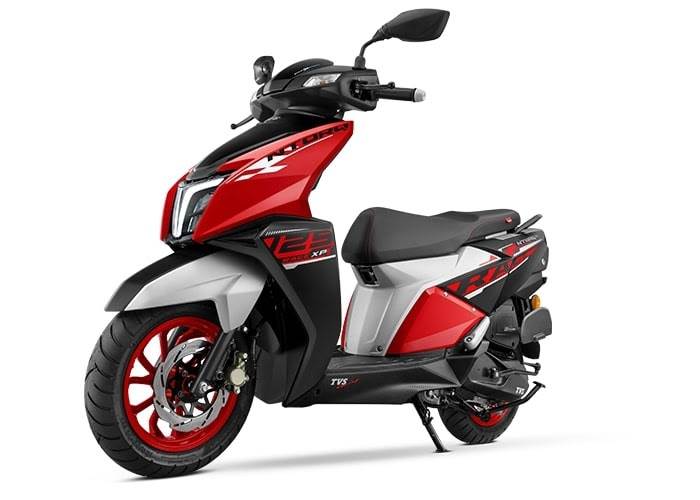 The NTorq’s snazzy looks notwithstanding, what stands out for the product is the many many segment-first features including the TVS SmartXonnect, which offers Bluetooth connectivity with the rider’s mobile phone (via a mobile app) in the form of navigation assist, location assist, call / SMS alerts, rider stats and more. The TVS NTorq set the pace in its segment by offering a fully digital console with over 50 features.

The NTorq is now available in a total of six variants – Drum, Disc, Race Edition, Super Squad Edition, Race XP and XT. While the Race XP gets a slightly more powerful engine at 10.2hp and 10.8Nm, the rest aren't too far behind at 9.4hp and 10.5Nm. The differences between the Disc, Race Edition and Super Squad Edition are purely cosmetic. Estimated prices start at Rs 77,300 (on-road Mumbai) for the most-affordable drum brake-equipped variant and go up to Rs 103,000 for the XT (on-road New Delhi). The NTorq XT variant, launched in May 2022, is now the range-topper (pictured above). While it costs Rs 14,000 more than the quick-and-fun NTorq Race XP, the XT offers the user an instrument cluster that sports a hybrid design featuring a TFT screen accompanied by an LCD display. The TFT screen opens up a world of new possibilities and TVS says it can show social media notifications, food delivery tracking information, weather forecasts and AQI data, along with cricket and football scores, while the rider awaits the green light at a traffic stop. This is also the first version of the NTorq to feature the company’s IntelliGo stop-start system. The XT stands out with its blue-and-neon yellow colour scheme, as well as a new design for the 12-inch alloy wheels.

In August 2022, with sales of 27,649 units – its best in the first five months of FY2023 – it is fifth in the pecking order after the Honda Activa, sibling Jupiter, Suzuki Access and the Honda Dio. Not surprisingly, the NTorq with 126,029 units in April-August 2022 is a strong contributor – 24% – to TVS’s overall scooter sales of 523,458 units. Flagship Jupiter with 315,590 units remains the biggest contributor with a 60% share. It is worth noting that TVS’ April-August 2022 sales of 523,458 scooters are its best-ever total recorded for the first five months of a fiscal over a decade. The other scooters in TVS’ stable are the Zest, Pep+ and the electric iQube.

The NTorq’s strong showing in the competitive Indian scooter marketplace has helped TVS increase its market share. From FY2018 through to the first five months of FY2023, the company has expanded its footprint from 18.52% to 24%.

With the Jupiter, which has crossed five million sales in the domestic market since its launch in September 2013, and the NTorq, TVS now has two ‘millionaires’ in its scooter portfolio.