Amidst the carnage in the PV segment, UVs bucked the overall trend with a robust performance. These 5 best-sellers together accounted for 48.47% of total UV sales, which speaks volumes for their popularity. 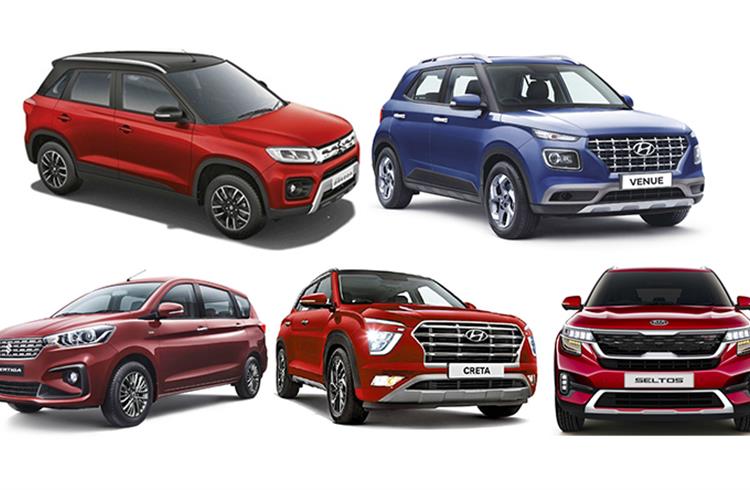 It's the SUV-vival of the fittest in the ultra-competitive utility vehicle (UV) segment in India and that's not without reason. Every carmaker and its cousin have taken a ride on the wave of demand for SUVs in India, one which is in line with global trends. Not too long ago, when India Auto Inc was seeing better days, the SUV segment, like the scooter segment, was notching 20% year-on-year growth.

Cut to the present day and 20-odd forgettable months before that and growth has substantially slowed down but not as sharply as it has for other sub-segments of the passenger vehicle market. In fact, in FY2020, where overall industry sales were down 18% as they were for the PV segment, UVs (along with buses) have bucked the trend by being only one of two sub-segments to be in the black, standing out amid the sea of red ink across all other segments.

They also went one better in increasing their share in the overall PV segment. In FY2019, UVs accounted for 27.87% of total PV sales, while cars took 65% and vans 6.5%. A year later, in FY2020, UVs have a bigger share -- 34.10% of the total PV market, with cars dropping to 61% and vans 4.76%. Most OEMs had seen the UV writing on the PV wall a few years ago itself, which is why few are without an SUV in their portfolio. And if it happens to be a compact SUV, so much the better.

The battle for the buyer has always been intense in this segment but there have been a few chosen models which have won the war and the wallet of the buyer. The extent of the hold the Top 5 or best-selling UVs of FY2020 command in this segment can be gleaned from the fact that the quintet together account for 458,598 units or 48.47% of total UV sales. So then, here's taking a closer look at the famous five of FY2020, two of which are new models launched in the last fiscal. Both Korean.

No. 1 Maruti Vitara Brezza: 110,641 units, down 29.92% YoY
The Maruti Vitara Brezza, which was the harbinger of SUV change in the country which it was launched in March 2016, manages to hold on to its crown but only just. If the Hyundai Venue, which sold for 11 months in the fiscal and the Kia Seltos, which was on sale for eight, had some more time on their hands in FY2020, the Brezza could have lost its crown to a Korean rival. 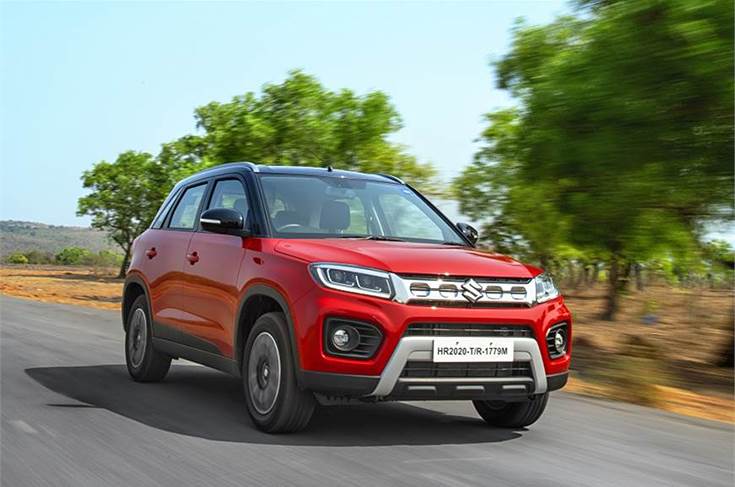 The Maruti UV, which had averaged monthly sales of 13,156 units in FY2019 (157,880), saw demand fall to 9,220 units every month in FY2020 (110,641), down a sharp 30%. Much of this decline came about as a result of Maruti Suzuki India's decision, announced in April 2019, to dive out of diesel. Without a petrol variant to buffer sliding demand for the diesel, the Brezza also bore the brunt of consumers' preference for petrol models.

The carmaker introduced a 1.5-litre petrol-engined Brezza at the fag end of FY2020 and sold 12,362 units but by then the competition had had its foot or rather wheel in Maruti's door.

In February 2020, the Brezza finally got a shot at petrol power, prepping itself up with Suzuki’s K15B 1.5-litre petrol engine. The Vitara Brezza shares its 105hp and 138Nm, 1.5-litre K15B petrol engine with other Marutis like the Ciaz, Ertiga and XL6. A 5-speed manual gearbox is standard, while a 4-speed torque converter-equipped auto is available as an option. Interestingly, Suzuki’s SHVS Smart Hybrid tech is reserved for automatic versions of the compact SUV only. ARAI fuel-efficiency figures rate variants with the 5-speed manual at 17.03kpl while the automatic, with the mild-hybrid tech, has an ARAI-rated 18.76kpl. Priced from Rs 734,000 for the base LXi variant through to Rs 11.40 lakh for the ZXi + AT (dual-tone), the BS VI Vitara Brezza petrol's sticker starts at Rs 29,000 lower than the BS IV diesel and ends about Rs 80,000 higher. It's still early days yet for the petrol Brezza and it's already driven into a raft of rivals armed with both petrol and diesel power.

Launched on May 21, 2019, Hyundai priced the Venue at an extremely aggressive entry-level price tag of Rs 650,000 with the top-end model priced at Rs 11.10 lakh, with three engine options. Considering the Korean carmaker spent 100 million dollars (nearly Rs 700 crore) and four years to develop the Venue from the original Carlino concept, it was clearly aiming for robust sales and marked its entry into India’s high-volume and ultra-competitive compact SUV segment, promising to shake things up. And shake it did because three months into its launch, it wrested the UV crown from longstanding leader Brezza in July with sales of 9,585 units, having missed toppling the Maruti in June by a mere 108 units.

Of the total 93,624 Venues sold last fiscal, demand for petrol variants is considerably higher at 62.76% (58,764 units) compared to diesel variants (34,860). Considering FY2020 saw demand for diesel UVs dropping to 65% from 83% in FY2019 and demand doubling for petrol UVs from 17% in FY2019 to 35% in FY2020, this is not surprising. However, Hyundai remains bullish on diesels. While the move to BS VI emission norms has marked the end of the road for many diesel engines in India, Hyundai is confident about the continued demand for diesel models. In an interaction with Autocar India, Tarun Garg, director, sales, marketing and service, Hyundai Motor India said, “The Indian diesel market has been very strong for so many years and we have no reason to believe customers will suddenly stop buying diesels.”

In mid-February, the BS VI-compliant Venue started reaching dealerships with prices starting at Rs 670,000 for the petrol variants, and Rs 810,000 for the diesel versions (ex-showroom, Mumbai). The upgrade to BS VI standards saw a hike in prices by Rs 20,000 and Rs 51,000 for the petrols and diesels, respectively. Besides the upgraded engines, the compact SUV received some additional equipment and three new variants, thereby expanding the Venue variants to eight.

In FY2021, the Venue will continue to take on the Mahindra XUV300 BS VI petrol (which will also get a BS VI diesel option soon), the Maruti Suzuki Vitara Brezza (which is now a petrol-only model), the Ford EcoSport and the Tata Nexon facelift.

The Maruti Suzuki Ertiga, which was voted the 2019 Autocar Car of the Year, is an extremely, comfortable, versatile and user-friendly family car. With Maruti having moved out of diesel this April, the company will be keen to see the petrol-powered Ertiga make gains in the marketplace. It looks to be doing just that. In FY2020, Ertiga sales accounted for 38.5% of Maruti Suzuki's total UV sales? Will it better this in FY2021? 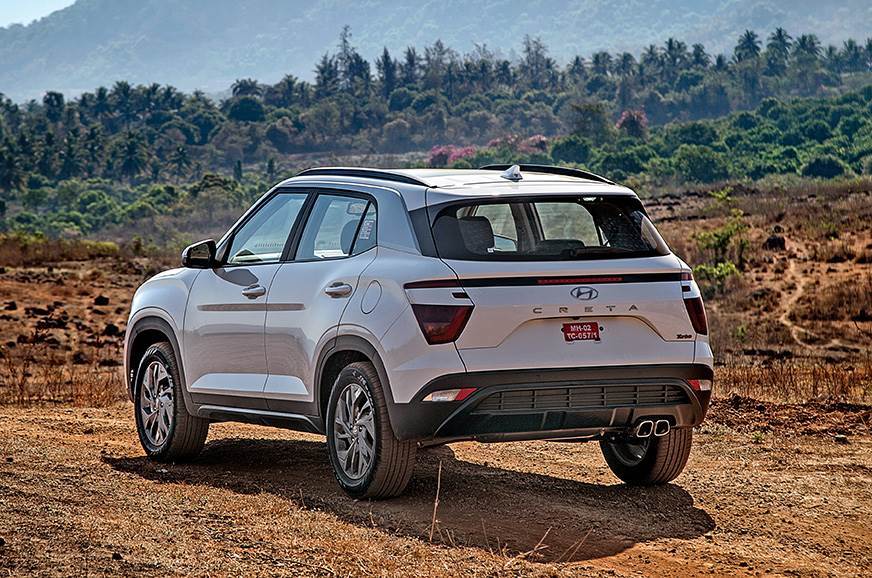 With the first-generation model getting long in the tooth, Hyundai launched the second-generation model on March 16 at an introductory price tag of Rs 9.99 lakh (ex-showroom, all-India) available in five engine-gearbox configurations and five trim levels. The new Creta shares its engine and gearbox options with the Kia Seltos. The three BS VI-compliant engines on offer include a 115hp, 1.5-litre, naturally-aspirated petrol engine; a 115hp, 1.5-litre turbocharged diesel unit; and a 1.4-litre turbo-petrol mill. Despite the shared powertrains, the new Creta posts slightly higher ARAI-certified mileage than its counterpart from Kia.

Hyundai has pinned much hope on the new Creta, which competes with the Kia Seltos, MG Hector, Renault Duster and Nissan Kicks. Will it fulfil that promise this fiscal? 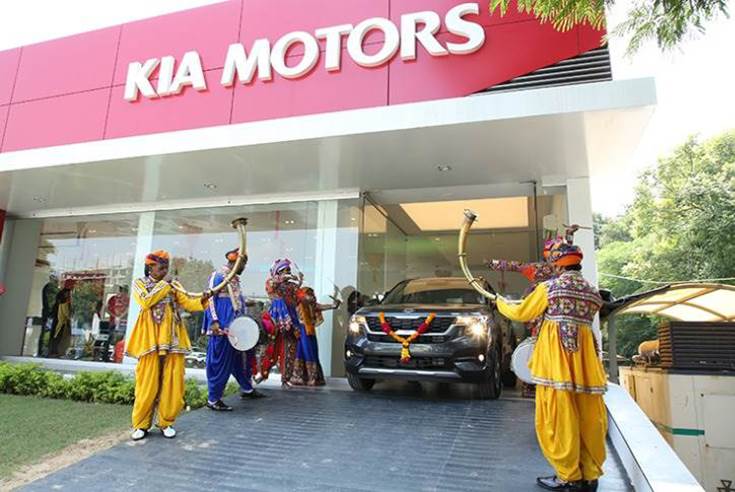 Interestingly, put Hyundai and Kia's UV market shares together and what you get is 27.66%, which is a tad higher than market leader Maruti Suzuki. Imagine what Kia's sales and market share would have been in happier times in the Indian automobile market.

What helped Kia in India was its judicious market and product plan. Right from setting up the 300,000 units per annum state-of-the-art plant in Anantapur district of Andhra Pradesh to launching the Seltos in end-August, across 18 variants and multiple price-points, the company seems to have made the right moves and also caught the competition napping.

From August 2019 to end-March 2020, the carmaker has sold 81,716 Seltos SUVs, which makes for monthly sales of 10,214 units. This remarkable performance, that too in hugely depressed market conditions, has given the Kia brand a new stature in India.

Growth outlook for FY2021
April 2020 is now history and will be a blank for OEMs considering the entire month was a washout due to the all-India lockdown. How will the rest of the year pan out and what's the road ahead for UVs?

From the looks of it, as and when the lockdown is opened, demand will gradually return but most of it digitally. SUVs will continue to be a favourite and petrol-engined at that. These Top 5 UVs of FY2020 will continue to do battle in the marketplace but they will be joined by a fair number of newcomers. Come August and Kia Motors India is slated to introduce the Sonet compact SUV, for which it has targeted 70,000 unit sales in year one. Then, there is the compact SUV from Nissan which is slated to be introduced around the festive season. The crossover will be built on the company's CMF-A platform. Reports from Autocar India also suggest that the Suzuki-Toyota partnership would see the introduction of a Vitara Brezza-based crossover with the Toyota nameplate around August later this year.

This year, both calendar and fiscal, is set to see difficult times what with the impact of coronavirus, dampened economic sentiment and what could be a marked shift in consumer preference to the Internet as against visiting showrooms in a time of social distancing. All in all, difficult days for India Auto Inc but the spell that SUVs cast over the Indian consumer is not going to die out very soon. We'll keep you updated. That's a promise.