What augurs well for OEMs is that despite the 10-15% price increase in products due to the shift to BS VI, consumers are going ahead with their purchase decisions. 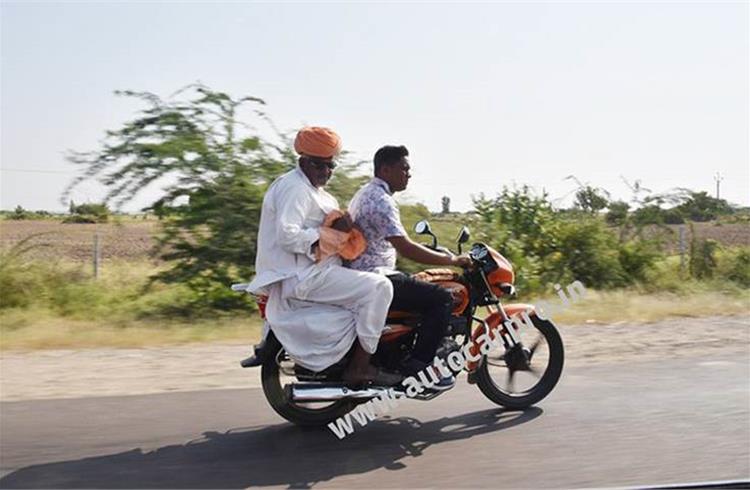 Like the passenger vehicle market, the two-wheeler segment too is seeing an uptick in sales which essentially is good news for the industry. Of the five OEMs which announced their July 2020 sales numbers, the marked month-on-month growth is proof enough that better days lie ahead for the two-wheeler industry, the most affordable form of motorised transport in the country. Dealer body FADA too has pinned its hope on an industry revival led by rural market demand.

What augurs well for OEMs is that despite the 10-15% price increase in products due to the shift to BS VI, consumers are going ahead with their purchase decisions. Importantly, it is understood that the first wave of demand is coming from rural India, which is riding on a good monsoon which has set all over the country.

Let’s take a closer look at the OEM performance.

Despite the prevailing economic slowdown on account of the Covid-19 pandemic, the company registered 20% growth over the previous month (June 2020: 429,493) and reached more than 95% of wholesale despatch numbers of the corresponding month in the previous year (July 2019).

The company says its July volumes were driven by strong retail sales due to the positive market demand. While there is cautious optimism on the demand trajectory going forward, sales continue to be impacted by the micro-lockdowns in several parts of the country. For the growth momentum to continue, it is imperative for state and local authorities to provide a stable and consistent business environment as the situation evolves.

Yadvinder Singh Guleria, Director – Sales & Marketing, Honda Motorcycle & Scooter India said, “Meeting market demand with safety and increased efficiency, Honda’s sales momentum continues to accelerate in the three months since resuming operations – jumping 400 percent from 54,000 in May to 200,000 units in June, and now breaching the 300,000 mark. Intermittent regional lockdowns across India slowed down the retail momentum gained in June as the percentage of operational networks dropped to 80 percent in July. With India moving to Unlock 3.0, we are cautiously optimistic of the demand. While the physical inventory level at our dealerships is less than a month’s sales, giving us confidence is the growth in new enquiries on back of increasing acceptability of Honda’s newly launched BS-VI models with advanced technology & features.”

This performance resonates with what Rakesh Sharma, Executive Director, Bajaj Auto, told Autocar Professional in early June: "We've lost two months of sale, but who is to say that two months of sale can’t come back and get recovered in the balance 10 months? That likelihood is there but a lot depends on whether society will be comfortable living with this pandemic or not. We also need to understand this point that it is not that the industry was in a very good shape before Covid-19.
The economic scenario, the burden of the regulation (BS VI, ABS, insurance) on the industry, and the additional costs were weighing heavy. Even before Covid, we were all preparing for a very tough financial year 2021. If there are stimulus packages, they will hopefully also address not just the Covid-related issues, but some of the general economic issues facing the consumer and the industry."

Royal Enfield: 40,334 units (-18%)
Royal Enfield posted sales of 40,334 motorcycles in July 2020, against the sales of 49,182 units a year ago, down 18 percent. End-July saw the Chennai-based OEM launch ‘Service on Wheels’, a new, customer-friendly initiative, aimed at safe, seamless and hassle-free motorcycle service experience to customers at their doorstep. Under this initiative, Royal Enfield has deployed 800 units of purpose-built Royal Enfield motorcycles across the dealerships in the country.

Suzuki Motorcycle India: 34,412 units (-45%)
Suzuki Motorcycle India sold 31,421 units in July 2020, which is a marked decline of 45% over July 2019’s 62,365 units but a near-70% improvement over June 2020 sales. The company is now gearing up for better performance. “With the unlock phase, the automobile industry is now marching towards normalcy in terms of production, distribution and sales while continuing to adhere to all the precautionary measures. From August 2020, we will try our best to achieve pre-Covid-19 production and sales volume,” said Koichiro Hirao, managing director at Suzuki Motorcycle India.