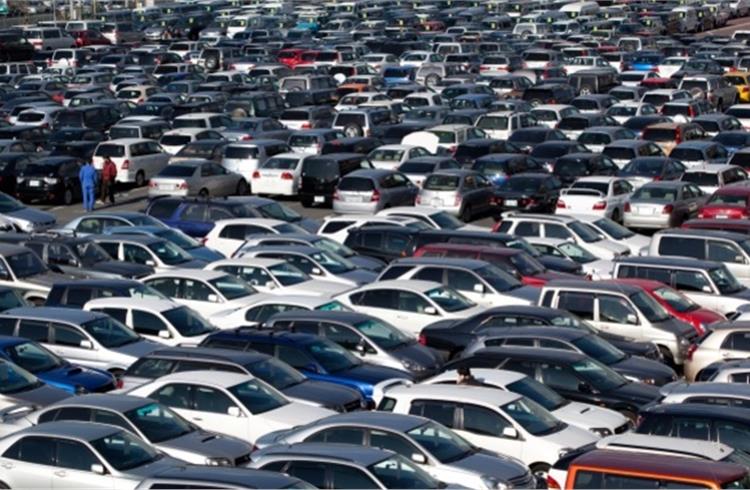 Despite the slow recovery in the Indian automotive market, passenger cars speeded up the growth trajectory by posting their highest domestic sales growth in five years in percentage terms, according to the latest annual results of the Society of Indian Automobile Manufacturers of India (SIAM). 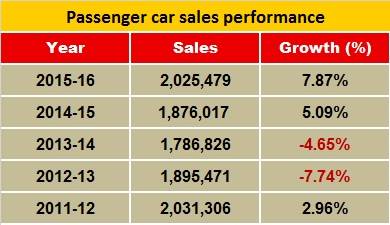 Sugato Sen deputy general manager SIAM attributes this milestone in the passenger car segment to signs of recovery in the market. Car companies had also launched models suited for the market and were pushing their products supported by promotional campaigns and incentives like discounts to woo customers.

The slowdown in the rural markets and high interest rates however continued to dog the sales of goods carriers in both the LCV and three-wheeler categories. Despite the Reserve Bank of India cutting repo rates Sen maintains that no visible impact in terms of lowering of interest rates can be seen on the ground. Interest rates for car loans range between 10.18 percent to 14.38 percent while interest rates for CV loans ranged between 12.50 percent to 17.25 percent. This affected sales in rural areas coupled with erratic monsoons.

Meanwhile, three-wheelers posted a growth of 1.03 percent with passenger carriers seeing a step up of 2.11 percent and goods carriers declining by 3.62 percent.  A laggard in the two-wheeler market continued to be the motorcycle segment declining by 0.24 with mopeds facing a steeper drop of 3.32 percent. Scooters however continued to grow at 11.79 percent plateauing the two-wheeler growth to 3.01 percent.

Some of the reasons for the vacillating performance of the market can be attributed to abrupt policy changes, such as the ban on diesel vehicles of more than 2,000cc in Delhi, that impacted sales of diesel vehicles to some extent. The ban has now been extended beyond March indefinitely.

In addition, commodity prices of hot roll steel and cold roll steel picked up in the last quarter of FY’16 boosting prices. About 20 percent safeguard duty was slapped on hot roll steel coils. Globally and in India both CVs and PVs showed an improved performance with markets like UK, USA, Germany, France and Italy also growing in these segments. But laggards remained Japan, Brazil and China where either PV or CVs did not fare well. But overall during CY 2015, the global market grew though some markets were up only marginally in the first few months of 2016 like Brazil and Japan. 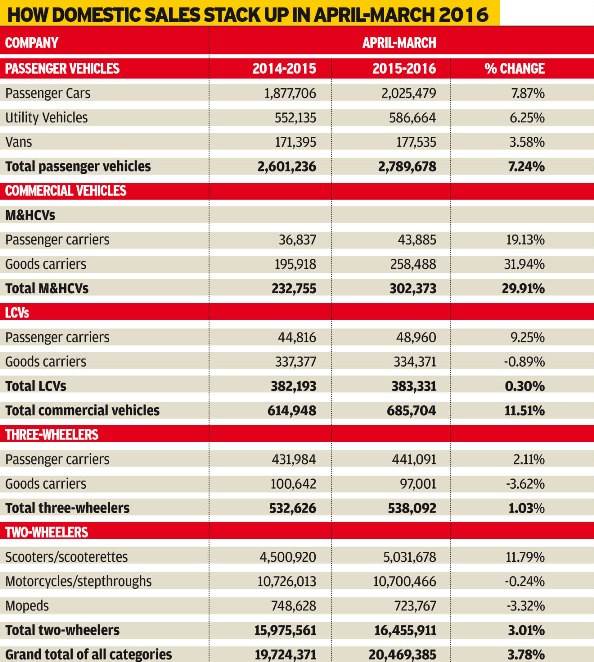