Overall month-on-month sales for two-wheelers have risen 24 percent in January across six OEMs. 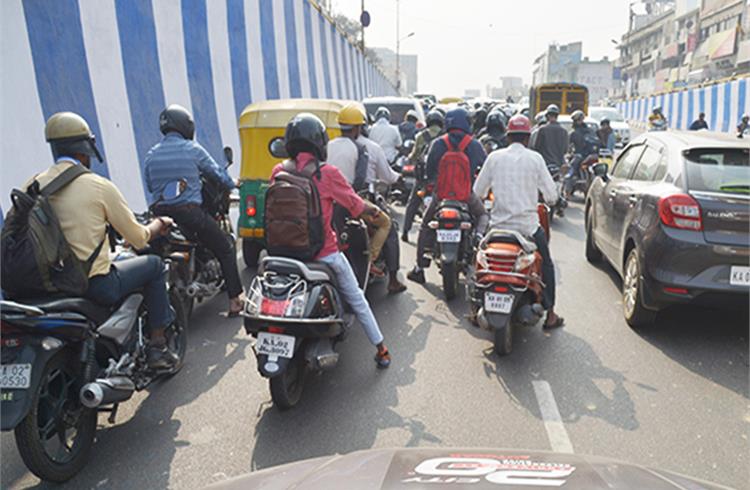 Like the passenger vehicle industry in India, the two-wheeler industry is not out of the woods yet. Actually far from it, even as it rides out of the Covie-induced lack of demand for most of the first 10 months of fiscal year 2021.

Given this situation, January numbers for six OEMs which announced their despatches/sales indicate there is some momentum which could pick up pace albeit the high and wallet-busting price of petrol across the country could prove to be a spoilsport. It also means OEMs could push sales of their fuel-sipping models which stretch every litre of expensive fuel to the maximum.  Here's looking at the top performers in January-

Last month Hero enter into a distribution agreement with Grupo Salinas, founded by Mexican entrepreneur Ricardo Salinas to form one of the largest distribution networks globally to sell competitive, high-quality products in the Mexican market. Hero MotoCorp will launch nine products across various segments there.

Honda Motorcycle & Scooter India: 416,716 units / 11% YoY
Honda closed the first month of the new decade with 11 percent rise in domestic sales. A total of 416,716 units (January 2020: 374,114 units). On a M-o-M basis, it has grown 72 percent (December 2020: 242,046 units). Yadvinder Singh Guleria, Director – Sales and Marketing, Honda Motorcycle & Scooter said, “Honda has entered 2021 with double-digit growth. While we do foresee the low base effect to remain in play till the end of Q4 and continue into Q1 of FY2022, we are hopeful that colleges reopening, ongoing Covid-19 vaccination drive and stronger urban demand will act as a tailwind for domestic two-wheeler demand recovery.”

On january 29, the bikemaker opened its first showroom in Japan in Tokyo. where it will retail five models: he standard street model, the Bullet 500; the retro street model, the Classic 500; the versatile adventure tourer, the Himalayan (411cc), the quintessential modern-classic roadster, the Interceptor 650, and the cafe racer, the Continental GT 650

Growth outlook
While the other 10-odd OEMs have not officially released their January sales data, suffice it to say that their growth should be in single digits or entering double digits. While demand from rural India is back, particularly for commuter motorcycles, the scooter segment continues to feel the heat due to the absence of sustained demand from urban India, which still has a large working population working from home.

These wallet-busting fuel prices are hitting the Indian motorist – on two-, four and more wheels – very hard. For instance, the owner of a fuel-sipping commuter motorcycle like the Hero Splendor, which has a 11-litre tank, would have paid Rs 828 to tank up on April 1,2020 in Mumbai. Today, he pays Rs 1,025.20 – which is Rs 197.20 more – to go the same distance.

So, even as OEMs await good times, there are a number of dynamics in India's overall macro-economic situation which can make or break numbers.