The passenger vehicle industry reported its best sales performance yet in 2016 during July, with car sales bouncing back thanks to the country’s largest carmaker Maruti Suzuki ramping up despatches significantly during the month. 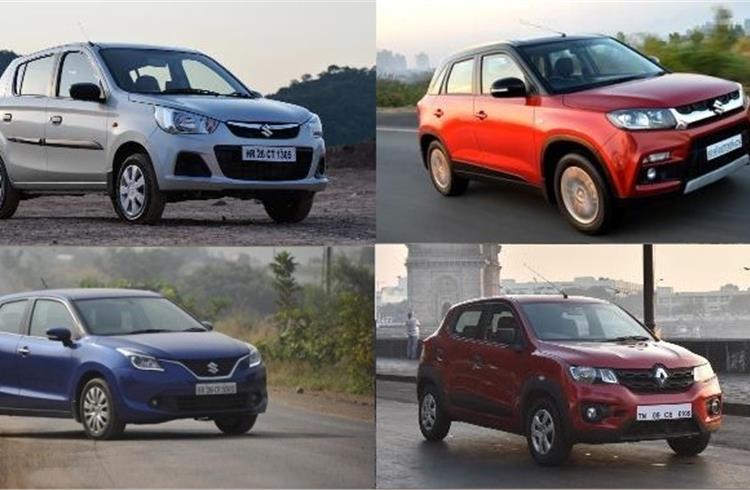 The passenger vehicle industry reported its best sales performance yet in 2016 during July, with car sales bouncing back thanks to the country’s largest carmaker Maruti Suzuki ramping up despatches significantly during the month.

The carmaker notched up its highest ever sales in a month at 125,778 units with a year-on-year growth of nearly 14%. As a result of its stellar performance, the Maruti flooded the top 10 PVs list in the month with seven of its models featuring in it.

The quartet of Alto, Dzire, Wagon R and Swift reclaimed the top four spots in the list during July, thus maintaining the carmaker’s dominance on the PV market. The king of the small car market Alto, sold 19,844 units during the month despite tough competition from new rivals in the hatchback segment such as the Renault Kwid, Datsun Redigo and the Tata Tiago.

In a close second was the Dzire (including the Tour edition) with sales of 19,229 units. The ageing compact sedan has been a big volume driver for the company over the years and continues to mop up sales consistently even now.

A surprise entrant in this month’s list was the Maruti Vitara Brezza which was also the country’s most sold UV in July with sales of 10,232 units. Maruti’s first ever sub-four metre compact SUV crossed the 10,000 unit sales mark for the first time since launch in March and also managed to capture the sixth spot on the most sold PV list for the month.

Hyundai’s premium hatchback Elite i20 beat its closest rival Baleno for yet another month and secured the seventh spot with sales of 9,910 units. The Baleno just fell short with sales of 9,120 units, but managed to take the penultimate spot on the list in July.

Meanwhile, Renault’s game-changing Kwid took the eighth spot with sales of 9,897 units. The Kwid has helped Renault India significantly expand its market share. From a just 1.56% share of the Indian passenger vehicle market in July 2015, a year later, Renault has expanded its share to 4.66% in July 2016. Given the surging demand for the Kwid, expect the company to cross its targeted 5% market share later this fiscal.

The carmaker has now introduced a more powerful 1,000cc variant of the Kwid which should help further strengthen the brand’s positioning in the segment with key rivals such as Maruti and Hyundai already offering 1.0-litre variants of the Alto and the Eon. It will also see Kwid buyers shift from the 800cc version to the new 1.0-litre variant.

Representing the only offering from the vans segment in the list was the Maruti Omni. The ageing workhorse managed to sell 8,564 units during the month and captured the last spot.

Improving buyer sentiment on the back of a good monsoon and implementation of the Seventh Pay Commission’s recommendations, along with the commencement of the festive season in August is likely to augur well for the PV industry. With more fresh launches in the pipeline and the lifting of the diesel ban in Delhi-NCR we could witness fresh entrants in the top 10 PVs list in the coming months, stay tuned to Autocar Professional for all the updates on the sales front.