With the return of demand from rural India, the commuter motorcycle market is seeing an uptick and will only get better in the days to come. 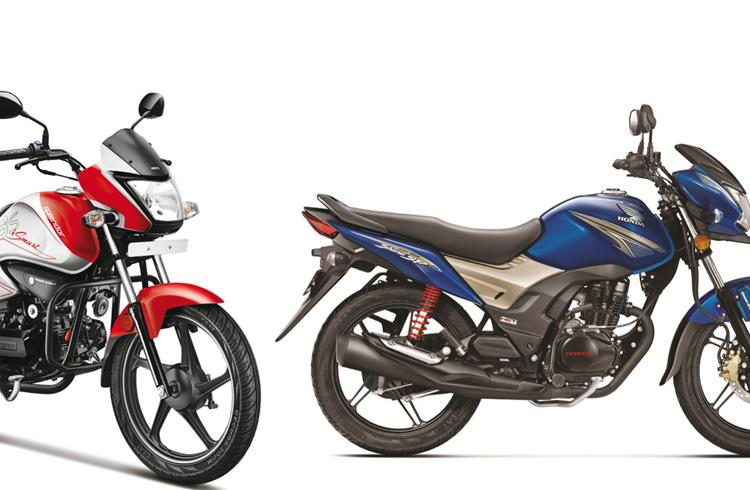 The rivalry between India’s two largest two-wheeler companies – Hero MotoCorp and Honda Motorcycle & Scooter India (HMSI) – in the 125cc executive commuter motorcycle category has always been cut-throat. While Honda’s CB Shine has been the conventional bestseller in this category, Hero’s Glamour has often beaten the former on many occasions in the recent past.

Besides the Honda CB Shine, Hero Glamour and Super Splendor, the 125cc executive commuter category has other models too such as V12 and Discover 125 from Bajaj Auto; Saluto 125 from India Yamaha Motor among others.

Hero MotoCorp’s Passion was the fifth bestselling motorcycle brand in November with sales of 55,680 units (up 38.26 percent YoY). The company has recently rolled out two new upgraded models under its Passion brand – Passion Pro and Passion XPro – with an aim of boosting its sales in the domestic market. The new Passion models get Hero MotoCorp’s in-house developed air-cooled, single-cylinder, 110cc torque-on-demand engine, which also powers the Splendor iSmart 110.

The Hero Passion is followed by Bajaj Auto’s 100cc Platina, which reported sales of 51,809 units in November. The Bajaj Platina Comfortec, which has boosted the sales of Platina brand in the domestic market, has reported growth of 22.21 percent YoY.

Royal Enfield’s bestselling model Classic 350 ranked seventh highest motorcycle in November. It reported sales of 49,534 units, up 38.33 percent YoY. The fast-growing company had introduced Redditch series in its Classic 350 range in January 2017. The Redditch Classic 350 models are understood to have contributed well to the growing demand for the Classic 350 models in the domestic market.

TVS Motor’s latest addition to its Apache portfolio – the RR 310 – will be available for deliveries in the domestic market from end-December. The company has officially stepped in the surging midsize motorcycle segment with its new Apache model, which it claims is as good on track with racing applications as it is for city commuting duties. The Apache RR 310 is understood to pull up TVS Apache’s premium valuation once it goes on sale.

In the coming months, while the largest two-wheeler manufacturer – Hero MotoCorp – will look to consolidate its popular bike brands via new model additions / upgrades, Bajaj Auto too is expected to surprise with new products.