Sales plod but Maruti, Honda make key gains Passenger car sales continued to fall in July 2013, mainly due to a slowing economy and poor market sentiment but some OEMs had reason to smile, says Amit Panday. 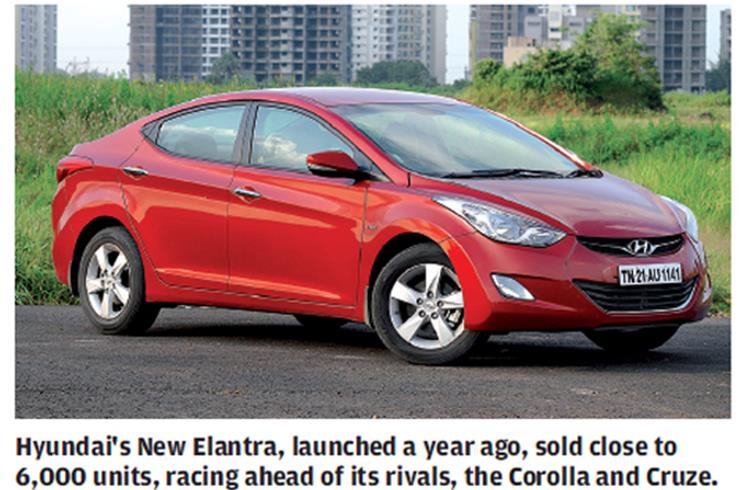 Passenger car sales continued to fall in July 2013, mainly due to a slowing economy and poor market sentiment but some OEMs had reason to smile, says Amit Panday.

Maruti Suzuki India posted domestic sales of 75,145 units (July 2012: 71,024 units) during the month, recording 5.8 percent growth, its first positive growth in the current fiscal. Model-wise, the Alto top-scored with 18,206 units sold but these lower numbers are reflective of a definite slowdown at the entry level.

The positive growth figures can be attributed to last year’s low base that was the result of the labour unrest and shutdown at the Manesar plant. The Dzire has done well and the July tally was 15,249 units (July 2012: 11,413 units), up by 33.6 percent. The Wagon R sold 13,409 units, taking Maruti’s candidates in the Top 10 to four vehicles that includes the Swift which sold 10,461 units.

Recording a de-growth of 5.87 percent, Hyundai Motor India (HMIL) sold 25,965 units during the month (July 2012: 27,585 units). The company had reportedly shut down its facilities for periodic annual maintenance process. The Eon and i10, the company’s volume warriors, sold 6,946 units and 6,735 units respectively. The Eon’s higher figures may well reflect buyers’ decision to stay purchases as a new i10 is expected.

Mahindra & Mahindra (M&M) saw a 29.44 percent fall in its passenger vehicle portfolio (all utility vehicles, Verito and hatchback Vibe) with total sales of 15,530 units in the month (July 2012: 22,011 units). The Bolero sold 6,955 units, lower than in June 2013 and its lowest in over a year. Pravin Shah, chief executive, automotive division, M&M, said the industry is in need for an immediate stimulus from the government. With a largely diesel portfolio, M&M has been hugely impacted by the rising diesel prices and new norms for UVs that the Budget has implemented.

Declining by a substantial 20.99 percent in July 2013, Toyota Kirloskar Motor sold 11,515 units (July 2012: 14,574 units). The Etios and Liva have seen their sales impacted by the slowdown. Sandeep Singh, deputy MD and COO, marketing & commercial, said: “The market continues to be sluggish and it seems that we are heading for tougher times in view of the current market outlook.”

Riding high on the success of the Amaze, Honda Cars India (HCIL) raked in total sales of 11,223 units in the month (July 2012: 4,386 units), up by a whopping 155.88 percent. JnaneswarSen, senior vice-president, marketing & sales, said, “The Amaze has clocked its highest monthly sales of 6,515 units during July 2013 and is maintaining very good growth momentum having sold more than 24,000 units sold since its launch. The company plans to kick off a third shift from November 2013 to reduce the waiting period of the Amaze.” Besides the Amaze, HCIL sold 2,602 Brios, 1,953 Citys, 133 CR-Vs and 20 Accords.

Renault India sold 3,763 units during the month (July 2012: 1,776 units), up by 111.88 percent. The Duster, which has now completed a year in India, sold 3,089 units, followed by 371 units of the Scala saloon, 292 units of the Pulse, 10 Fluence cars and just one Koleos. While the company had sold over 35,000 units in 2012, it has managed to sell over 40,000 units already in the first half of 2013. “The Duster has played a crucial part not just in Renault’s success in India, but also in spearheading the changing landscape of the Indian automotive industry,” says an exhuberant Sumit Sawhney, ED, marketing& sales, Renault India. The company has consolidated its network over the past two years, from 14 outlets in May 2011 to 100 locations at end-2012 and also strengthened dealer personnel teams.

Audi India sold 705 cars during the month, up 3.7percent over July 2012 sales of 680 cars. It has sold 5,551 cars between January-July 2013 (January-July 2012: 4,680 cars), up 18.6 percent. “The first half of the year was truly successful for us as our focussed growth strategy enabled us to continue positive growth even as the market remained under pressure. We are confident of maintaining growth despite a price hike across models,” said Michael Perschke, head, Audi India.

TWO-WHEELERS FEEL THE PRESSURE TOO

Hero MotoCorpreported flat sales of 487,545 units during July 2013 (July 2012: 484,217 units), up by 0.69 percent. The month saw HMCL announcing its acquisition of 49.2 percent stake in its US-based partner, Erik Buell Racing (EBR) and launching its operations in African markets such as Ivory Coast, Kenya and others. According to Anil Dua, senior vice-president, marketing & sales, bikes such as the Glamour and Ignitor and the Pleasure and Maestro scooters contributed substantially to the company’s monthly sales.

Troubled by the labour strike at its Chakan facility, Bajaj Auto has reported a decline of 20 percent by selling a total of 246,828 motorcycles (including exports) against 308,858 motorcycles sold in July 2012. The company says it has achieved complete control on the production requirements of its Pulsar and KTM models by splitting production between the Chakan and Waluj (Aurangabad) facilities.

TVS Motor Company sold 126,531 units during the month (July 2012: 140,862 units), down by 10.17 percent. On the other hand, growing by 34.6 percent, Yamaha Motor India sold 37,494 units in July as against 27,858 units sold in July 2012. Riding on the demand of the recently launched commuter motorcycle, Centuro, Mahindra Two Wheelers sold 14,612 units during the month (July 2012: 10,008 units), up by 46 percent. The Centuro model has garnered sales of 10,158 units in the first month. “July has been a significant month, particularly with the launch of the Centuro. We are truly delighted with the excellent response this new product has received in such a short period of time,” said VirenPopli, executive vice-president, Mahindra Two Wheelers.

While select new launches are able to keep up buyer interest, on the whole, the industry continues to vie for better market situation. A good monsoon and the approaching festive season are on everyone’s radar and one can expect a lot of sops to woo buyers into showrooms.

COMMERCIAL VEHICLES IN THE SLOW LANE

Ashok Leyland: Ashok Leyland saw its numbers affected by falling sales of its Dost LCV month after month. In July 2013, the company sold 8,739 units, including the Dost, shedding 10.69 percent over its July 2012 sales of 9,785 units. The Dost, a strong seller throughout 2012, dropped by 12 percent selling 2,480 units in July against 2,803 in July last year. ALL recently unveiled the Stile MPV which is set for a launch before Diwali.