Despite the Tata Ace family ruling the roost and Mahindra driving new gains in small CVs, rivals would do well not to discount Maruti, which is known to know the customer’s pulse like no other. 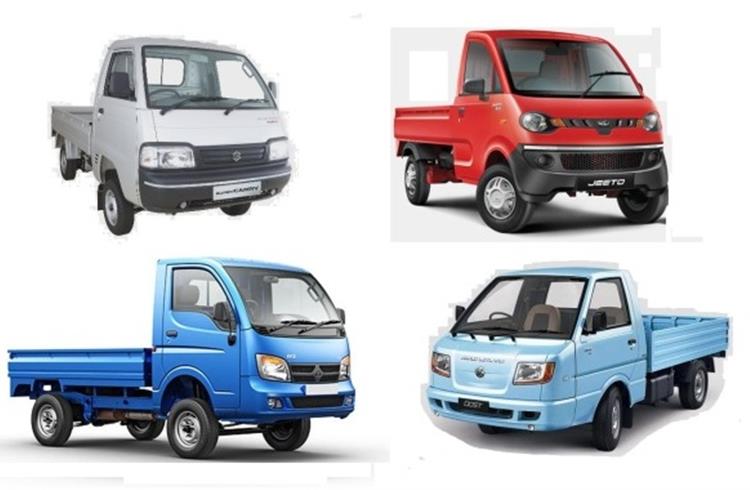 They say when Maruti Suzuki sneezes, the overall passenger vehicle industry in the country catches a cold. So, the entry of India’s largest carmaker into the light commercial vehicle segment with the Super Carry is bound to have the well-entrenched competition somewhat worried.

Yesterday, a couple of months after it began exports of its first-ever LCV to South Africa, Maruti Suzuki officially announced its entry into India’s LCV market which for long has been dominated by Tata Motors’ Ace family.

Priced between Rs 4.01 lakh and Rs 4.11 lakh, the Super Carry will go on sale by end-August in a phased launch and will initially be available only in Ahmedabad, Kolkata and Ludhiana through a special commercial vehicle sales channel. Clearly, Maruti is testing the waters before going the whole hog.

How does the Super Carry stack up?

Globally Suzuki Motor Corporation has been selling this LCV or small CV (SCV) called the ‘Dabbab’ for over 20 years now. It was first introduced in the home market Japan followed by East Asian countries and in the Middle East where it has been hugely popular. Though the company sells it as a petrol model in these markets, in India diesel is the fuel of choice, given diesel’s dominance for all types of CVs in India. There is no double Maruti Suzuki vacillated over introducing its SCV in India and the project has probably been in the waiting for over a few years.

The Super Carry, in which the company has invested Rs 300 crore, has a lot riding on it. For Maruti, which is addressing the LCV customer for the first time, this is still uncharted territory but it is banking on its car-like USPs of reliability, high fuel efficiency and comfort.

The Super Carry is powered by Maruti’s 793cc, two-cylinder diesel engine which develops 32bhp at 3500rpm and max torque of 75 Nm at 2000rpm. Mated to a five-speed manual transmission, it is claimed to deliver fuel efficiency of 22.07 kilometres per litre and attains a maximum speed of 80kph. To draw the LCV buyer, the vehicle has a 3.25 square metre loading area with a payload of 740kg. Other product highlights include improved ride and handling, safety and stability and enhanced driver comfort through an ergonomically designed cabin.

Commenting on Maruti’s foray into the LCV segment, RS Kalsi, executive director (Marketing & Sales), said: “The Super Carry has been designed and developed on the basis of detailed research and understanding of customer requirements. It offers best of both the worlds –power and strength as well as carrying capacity. We are confident Super Carry will enhance the profitability of our customers.”

Maruti’s entry into the LCV arena means the well-entrenched rivals, particularly Tata Motors, Mahindra & Mahindra and Ashok Leyland, will have some thinking to do. While it is still early days yet, no one can discount Maruti’s mantra of feeling the pulse of the customer. The only thing different this time around is that it is a very different buyer for Maruti.

Tata Motors, which created the small CV segment when it rolled out the Ace in 2005, should have little cause for concern, at least initially. Having ruled virtually unchallenged for close to a decade, the hugely popular Ace saw competition come in only around 2010. Since then, the segment has expanded with multiple products in varied payloads ranging between 0.5-1.5 tonnes. The Ace’s stupendous success prompted OEMs like Mahindra & Mahindra, Ashok Leyland and Piaggio Vehicles to foray into small CVs (SCVs) which have eaten into existing segment like three-wheelers.

Take a look at the sales table above which details the SCVs sold by the four aforementioned OEMs over the last two fiscal years. Tata Motors, while ruling the roost with its Ace, Ace Ex and Ace Zip), has seen its sales slow fall by 23 percent in 2015-16 to 84,143 units from 109,959 units a year earlier. While Ashok Leyland has made decent gains with sales of 27,237 units (+11.5% YoY), Mahindra & Mahindra has been the surprise package with handsome growth of 82 percent and sales of 27,834 units in FY2015-16. Piaggio Vehicles with sales of 4,583 units was down 26 percent last fiscal.

It is only in the past few months that the green shoots of recovery are being seen in the sector, something which must have prompted Maruti to give the green signal to its Super Carry. Mahindra launched the Jeeto mini-truck in June 2015 and since then has given the charge to the Ace family in its segment. 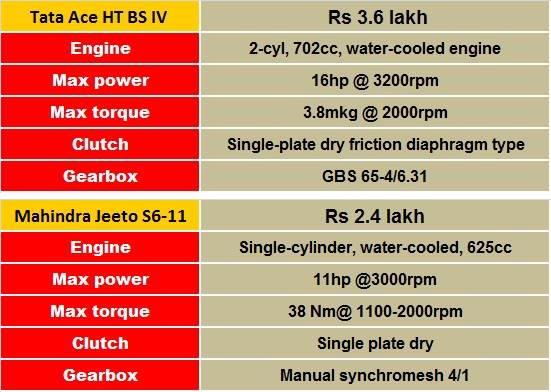 Industry analysts too are of the same opinion that a recovery in SCV sales is driving entry of new models. “Maruti has been contemplating entering this segment since the past two years. However, the negative growth in the segment held it back. Sales have turned positive in the last two months, which has pressed the company to finally enter this segment. But I believe it is too late for the company to compete in this segment where multiple products and players are already present,” says Sunny Manjani, consultant, Frost & Sullivan India.

“The Super Carry’s specifications in India don’t offer anything unique. Therefore, it will be tough for Maruti to crack this market. However, its deep network, better understanding of the local market and the offer of a good customer experience will help it win customers,” he adds. 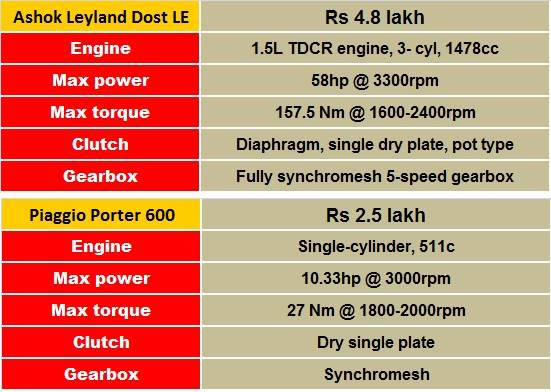 The timing of Maruti’s entry into the SCV market seems to be good. What with a good monsoon across the country, burgeoning last-mile transport across even Tier 2 and 3 towns as a result of good business at e-retailing majors Amazon and Flipkart and improved financing, potential buyers would be willing to bet their fortunes on a Maruti SCV, given the company’s tough reputation as a leader in the passenger car market. Further, what might give Maruti – and the competition’s – sales a boost is that in the current fiscal, pre-buying is expected ahead of the implementation of BS IV emission norms from April 2017 which will push overall growth to double digits. With M&HCVs already posting good sales numbers for the past 20-odd months, a surge in SCV buying would only be welcome news to the Indian auto industry.