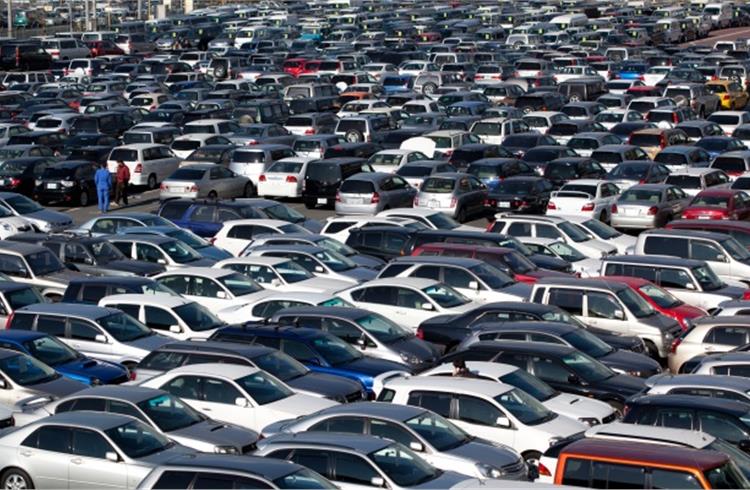 The Society of Indian Automobile Manufacturers (SIAM) today revealed the November 2015 sales numbers. What’s clear is that a reality check for the industry is underway, after the sterling performance in October when industry across segments clocked 13.91 percent growth year on year with overall sales of 2,035,821 vehicles. That’s also because of Diwali when consumers opened their wallets to make the most of festive discounts offered by OEMs.

Production in November down 9.76 percent

On the production front in November, overall industry numbers are down by a substantial 9.76 percent to 1,799,478 units. This means that there must have been an inventory build-up as manufacturers increased production to cater to demand in October when Dhanteras and Diwali took place. Sales of passenger cars, utility vehicles, M&HCVs, three-wheeler passenger carriers, scooters and motorcycles were in positive territory in November 2015. This indicates OEMs had enough stock to cater to them in November. But for the low level of rural offtake, sales numbers last month would have been better.

For the April-November 2015 period, the industry produced a total of 16,060,865 vehicles comprising passenger vehicles, commercial vehicles, three-wheelers and two wheelers as against 15,820,978 in April- November 2014, registering a marginal growth of 1.52 percent.

With barely 20 days for the year to close, manufacturers particularly in the passenger car and two-wheeler markets are offering handsome discounts. But are consumers biting? It is a well-known fact that a good number of vehicle buyers tend to delay purchase decisions to the new year so that they own a vehicle registered in the new year. 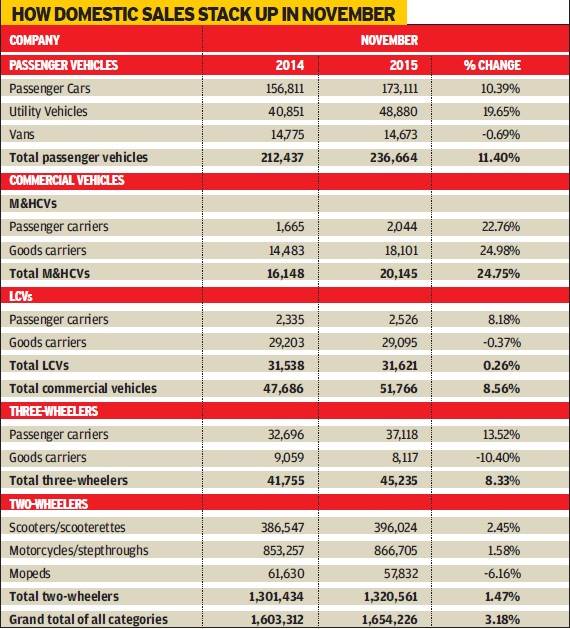