The medium and heavy commercial vehicle segment is seeing the green shoots of recovery. 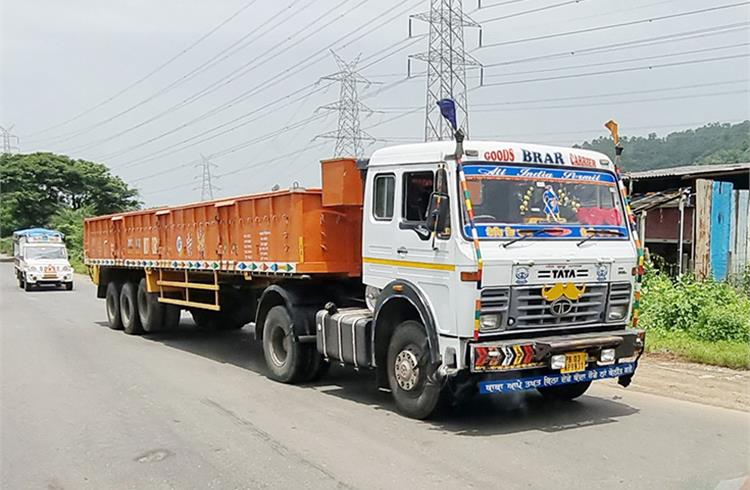 The commercial vehicle industry is hopefully witnessing recovery, which is being led by the medium and heavy commercial vehicle (M&HCV) truck segment. In fact, a closer look at the major CV players in India’s wholesales for the month of September 2021 depicts an average of 67% growth in just the M&HCV segment.

Tata Motors, the country’s largest commercial vehicle maker, reported wholesales of 78,226 units for Q2 FY2022 (+50% YoY) and sold 30,258 CVs in September, a growth of 30 percent, with every segment reporting uptick in sales.

“Semiconductor shortage continues to impact the auto industry globally. The impact of supply shortage due to restrictions in East Asia continued in September, leading to moderation of production and offtake volumes. The situation is fluid and we continue to work to mitigate the impact on our customer orders through an agile, multi-pronged approach,” added Wagh.

Chennai-headquartered Ashok Leyland sold 41,866 units in Q2 FY2022, which was 96 percent higher compared to same period last year. Its September 2021 sales at 8,787 units were an uptick of 12 percent YoY. 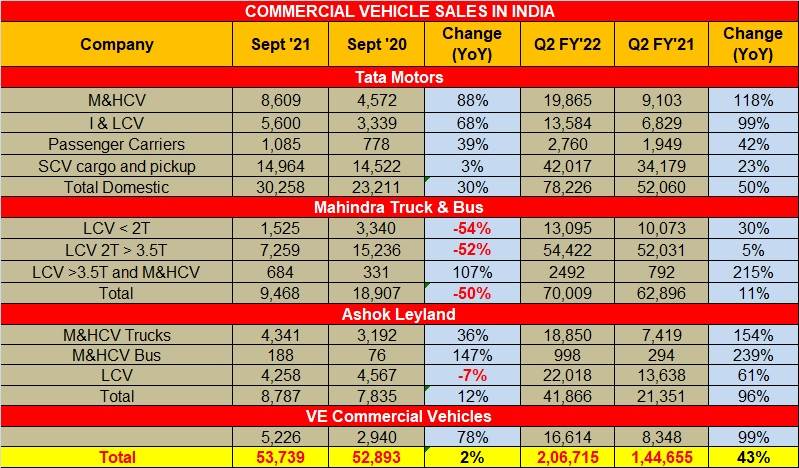