Demand for both CNG and electric models grows three-fold; diesel sales down by nearly 40% and its market share by 30%. 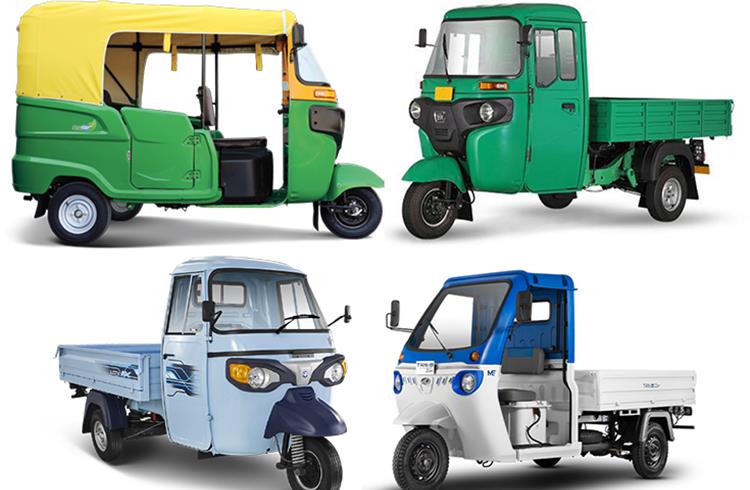 The three-wheeler market in India is having a good run, albeit in some sub-segments. In the April-November 2021 period, a total of 149,666 units were sold, marking 35.80% year-on-year growth. While passenger carriers clocked 64% YoY growth, goods or cargo-carrying three-wheelers in comparison saw tepid 4.3% growth.

A quick glance at the fuel-wise sales (above) in the period under review reveals the continued surge for CNG-powered and electric three-wheelers, of course at the cost of their petrol and diesel siblings. That’s not surprising considering petrol and diesel are far more expensive than the other two eco-friendly options.

Demand for cargo three-wheeler was in similar vein – 314% –  12,994 units, thanks to the e-commerce boom in India which has energised the demand for last-mile deliveries in urban areas as well as town and country.

Demand for diesel models dives
Given that total cost of ownership is paramount in this segment, where most vehicles are either single-owner usage or fleet operated, it is not surprising that demand for diesel- or petrol-powered models is headed downwards and fast at that. This fact is also reflecting in the plunging market share of diesel three-wheelers. From 75,242 units in April-November 2020, diesel three-wheeler demand fell by 39% to 45,690 units and the market share by more than half to 30.50% from  68% a year ago. OEMs too have seen the writing on the wall and are rushing to roll out CNG and electric models.

When it comes to the choice of fuel, the writing on the wall is clear. Even though petrol and diesel prices have remained unchanged since November 4, following the Central excise duty cut, paying Rs 94.14 a litre for diesel or Rs 109.98 for petrol is a wallet-burning proposition for three-wheeler operators, many of whom are single-vehicle owners.

As compared to diesel and petrol, the operational economics of CNG and electric power are far more favourable when it comes to total cost of ownership – the mantra of the commercial vehicle operator. There’s, of course, the added benefit of cleaner and greener motoring but when it comes to delivering the goods profitably, CNG and electric is where this market is headed and OEMs are driving there too.