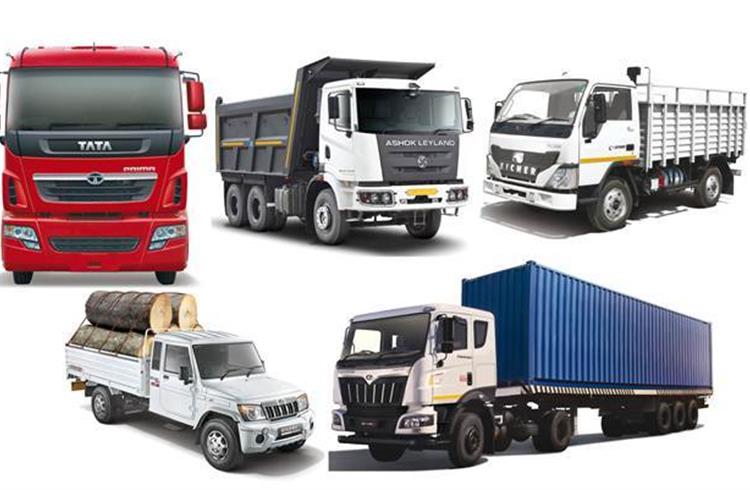 India’s CV sales for the first month of the fiscal were 63,245 units, 67 percent higher albeit on a low-year ago base, but 30 percent lower compared to March 2022. Tata Motors reported wholesales of 29,880 units (+109% YoY) compared to 44,425 units in the previous month. The company saw CV sales increase across all segment including passenger carriers and SCVs.  Domestic sales of the MH&ICV in April 2022, including trucks and buses, stood at 12,069 units, compared to 6,466 units in April 2021.

According to the company the LCV segments of under two tonnes, pickups (2T to 3.5T), over 3.5 tonnes and HCVs continued their growth trajectory in April.

Veejay Nakra, president, Automotive Division, Mahindra & Mahindra said, “Our CVs registered growth across all segments and exports too increased 35 percent. Demand across our products continues to be robust with strong booking numbers and pipeline.”

Nakra added that the company continued to manage supply chain challenges due to lockdown in China. 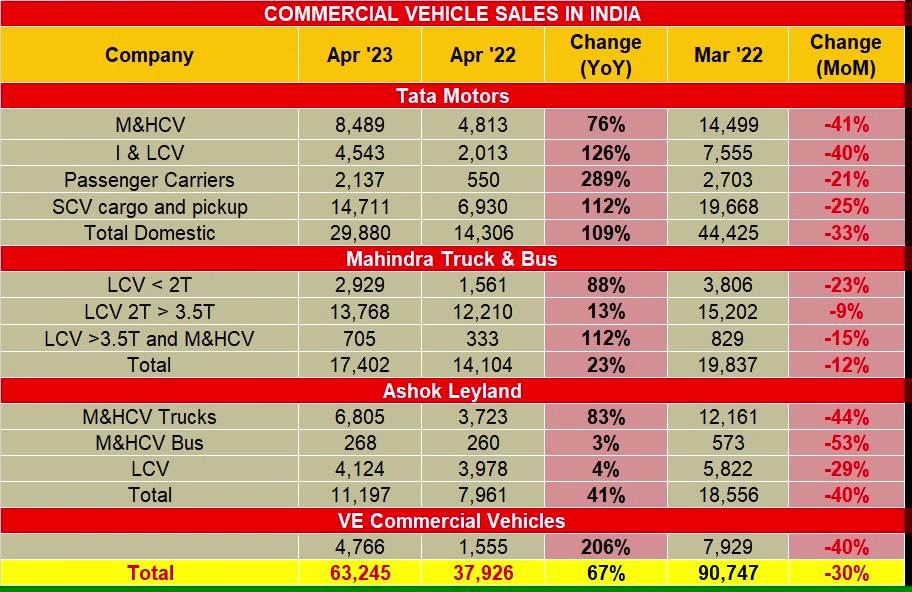