CV sales down 16% in August

The CV sector, the worst impacted in Q1 FY2020, will continue to feel the pressure of a slowed-down economy, what with the GDP also crashing to its lowest yet. 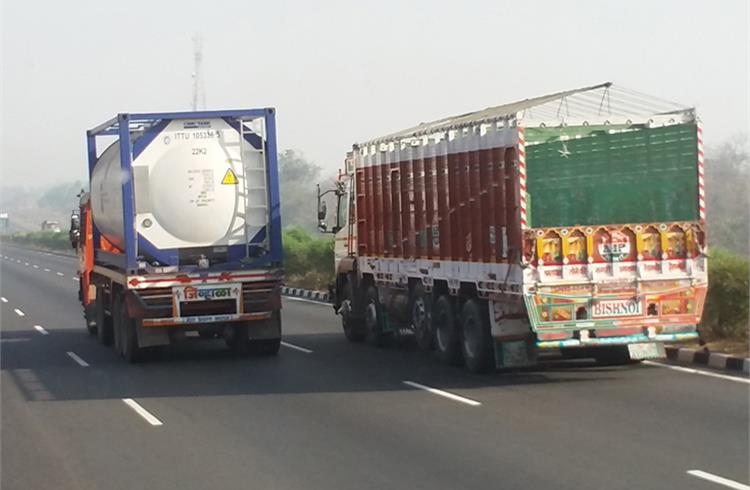 The commercial vehicle industry, one of the worst affected segments in the Indian automotive industry, has released its sales numbers for August 2020 and the scenario still looks bleak.

This sector, which was the worst impacted in Q1 FY2020, will continue to feel the pressure of a slowed-down economy, what with the GDP also crashing to its lowest yet for the April-June 2020 period. If at all, then OEMs are pinning their hopes on the pent-up and replacement demand for some respite.

The combined sales of the three major OEMs – Ashok Leyland; Mahindra Trucks & Bus and VE Commercial Vehicles – in the month of August total 23,113 units, a growth of 22 percent over July 2020, but still 10.75 percent lower than last year.

Among the three, Mahindra Truck & Bus is the only company to have seen a growth both over the month of July 2020 as well as August 2019. The company sold 15,299 commercial vehicles (+4% YoY), majority driven by its LCV < 3.5-tonne offering.

Commenting on the performance, Veejay Nakra, CEO, Automotive Division, Mahindra & Mahindra said, “At Mahindra, we continue to see good recovery in demand both for SUVs and pick-ups in the small commercial vehicle segment. For the month of August, we have registered growth in both SUVs and pick-ups. We have been able to meet the uplift in demand by managing the supply chain challenges and going forward will continue to keep our focus on it.”

The country’s second-largest M&HCV player, Ashok Leyland too witnessed growth in its month-on-month sales. The company sold 5,824 CVs registering a growth of 36 percent over July, but a drop of 30 percent compared for the same period last year. The company saw demand for its buses and LCVs to be the primary drivers of growth.

On the other hand, VE Commercial Vehicles, which does not have any presence in the LCV segment, managed to sell 2,190 units in the domestic market, a decline of 30 percent YoY, but a smart uptick of 26 percent over July. 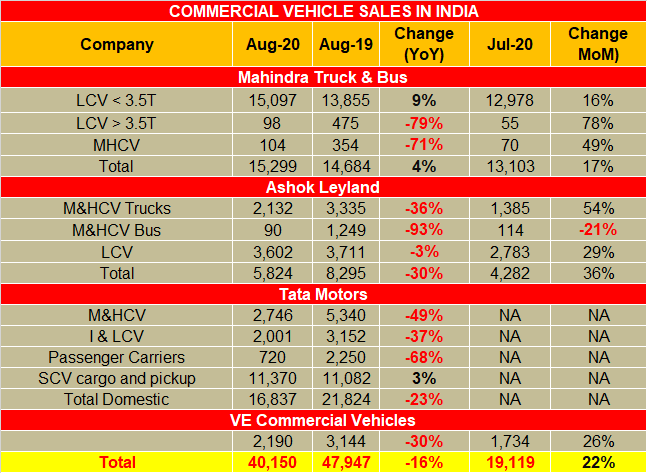