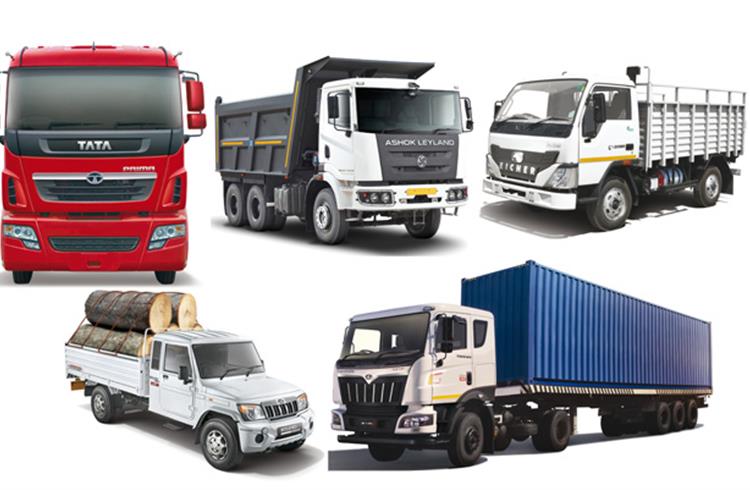 Despite FY2019 being an iffy fiscal year, full of ups and downs (with more of the latter), the commercial vehicle industry in India has come out with flying colours in the domestic market. That’s because CV OEMs have crossed the million-unit (10 lakh) sales milestone for the first time in a fiscal.

In FY2018, the CV industry sold a total of 856,453 units, which marked 19.94 percent year-on-year growth, and best-ever sales in a fiscal. Now, as per Autocar Professional’s analysis, and given the sales data released by 6 manufacturers, India’s CV industry has done even better to not only post better overall numbers but also register double-digit growth for the second year in a row. At a cumulative 1,001,623 units, the 6 OEMs have helped the industry record near-18 percent YoY growth (see sales table below).

Ideally, the CV industry should have posted better numbers, given the cracking speed at which it was driving along in the first nine months of FY2019. However, like the passenger vehicle industry, it was impacted by slowing growth in the fourth quarter. The flat industry growth in the month of March 2019 (see detailed sales table below) is indicative of the tough Q4 FY2019.

The CV industry faced multiple headwinds during the year such as the revised axle-load norms, the NBFC crisis, slowing down of the economy and overall subdued movement of goods, rural market distress and lower-than- expected activity in the overall manufacturing sector. However, what helped overall numbers was the brisk traction in the first nine months of FY2019 along with a push by the government in infrastructure spend, affordable housing and irrigation projects, partial replacement demand and higher freight movement helped buffer the downturn.

The key beneficiaries from FY2019’s CV sales were tipper trucks and ICVs, with both segments seeing strong demand from the construction and e-commerce sectors, respectively. With infrastructure projects on the upswing, the tipper segment remained buoyant throughout the year and grew in double digits. Along with the M&HCV segments, SCVs too recorded good growth as a good monsoon, improved private consumption and strong support from replacement demand and continuous demand for higher mobility in rural areas drove demand.

According to CV industry leader Tata Motors, “The market continues to exhibit subdued demand on the back of the lingering effects of a liquidity crisis, lag effect of the implementation of revised axle load norms, a slowing economy and weak IIP growth index. The base effect is also playing a role in the muted growth of the CV industry with regard to H2 FY 18. Demand for M&HCV cargo trucks continues to be sluggish with the implementation of revised axle load norms. After the axle load norms implementation, the freight carrying capacity of M&HCV parc has increased by 20 percent, but the freight growth has not been able to absorb this increased capacity, resulting in lower demand for new trucks. The slowing economy, coupled with purchase deferrals during election season, has also contributed to subdued demand for M&HCV cargo trucks in recent months. However, the tipper segment, on the other hand, continued to grow, clocking 12 percent growth on the back of infrastructure development and affordable housing projects.”

Maruti Suzuki India, which has a single vehicle in the CV segment in the form of the Super Carry LCV, sold a total of 23,874 units in FY2019, which marks 138 percent YoY growth, albeit this is on a low year-ago base.

FY2020 growth outlook
Ratings agency ICRA says the demand environment for commercial vehicles is likely to remain subdued in the near term, especially in the wake of upcoming general elections and a high year-ago base. However, likely pre-buying in early 2020 and a continued thrust on the infrastructure sector will drive recovery in the second half of FY2020. That would just what the CV OEMs will be hoping for, fingers firmly crossed.