The sales differential of 93,164 units between the Honda scooter and Hero motorcycle is the highest for any month thus far in FY2018. 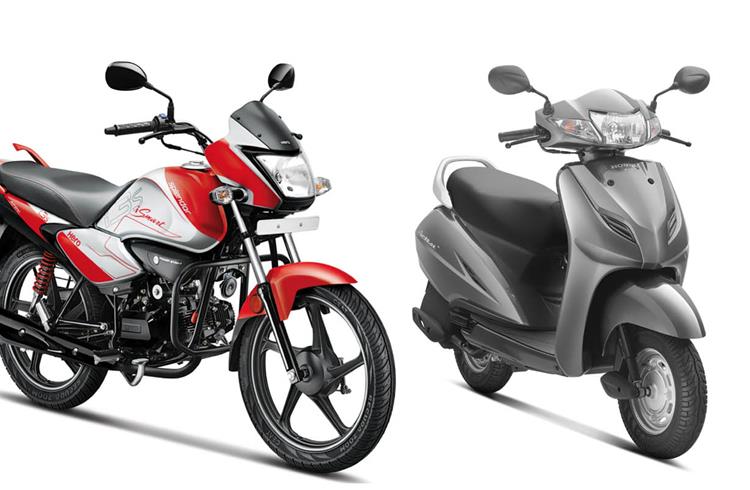 Above average rainfall, positive market sentiments and the early start of festive season have successfully restored demand for two-wheelers across domestic pockets. As a result, major OEMs (those who report monthly numbers to industry body SIAM) have reported impressive YoY growth of 14.69 percent in August. Notably, last month’s good growth has also pulled the cumulative April-August 2017 growth to 10.41 percent YoY.

The Honda Activa, which continues to be the bestselling two-wheeler brand in India in August, has breached the 300,000-unit mark in a month second time in the ongoing fiscal. Earlier, the popular scooter brand had sold more than 300,000 units in April 2017. The Honda Activa sold 335,595 units last month (up percent 19.52 YoY), thereby securing a lead of 93,164 units over its arch-rival and erstwhile bestselling two-wheeler brand – Hero Splendor.

Hero MotoCorp’s number-two 100cc mass commuter HF Deluxe, which is the third bestselling two-wheeler in India, continues to be a solid and steady performer for the company. It sold 161,177 units in August, up 26.16 percent YoY.

Climbing up three positions YoY in the Top 10 list in August 2017, Honda’s bestselling 125cc motorcycle CB Shine has now bagged the fourth slot with sales of 94,748 units. The CB Shine has reported an impressive YoY growth of 49 percent.

Honda’s CB Shine has also beaten the one-time, high-selling Hero Passion brand of motorcycle portfolio, which has secured sales of 93,003 units in August (19.88 percent YoY) settling for the fifth rank. The Hero Passion brand has lately seen a sharp decline in its monthly sales numbers in the absence of new model addition, marketing push and new technology innovations.

TVS Motor’s XL Super moped is the sixth bestselling two-wheeler in India with sales of 81,919 units in August, up 8.60 percent YoY.

The 110cc TVS Jupiter scooter has made it to the seventh position in the list after securing its best-ever sales of 81,277 units last month. The Jupiter has been a steady resource for the company, which has only seen this product grow consistently in the domestic market. Notably, the TVS Jupiter’s YoY sales growth stands at 57.12 percent.

Hero MotoCorp’s 125cc executive commuter motorcycle, the Glamour stands at No. 8 with sales of 80,106 units last month. Although its monthly sales grew by 7.25 percent YoY in August, it clearly failed to perform at par with the other top selling two-wheelers.

The spurt in the CT100’s sales can be assumed to be on the back of the newly added electric start (CT 100 ES) variant to the portfolio. Notably, Bajaj Auto’s CT100 portfolio is among the most affordable two-wheelers in the domestic market currently.