With much-improved semiconductor supplies and market demand growing strongly, particularly for PVs and CVs, overall production in April-September 2022 is up 23% YoY 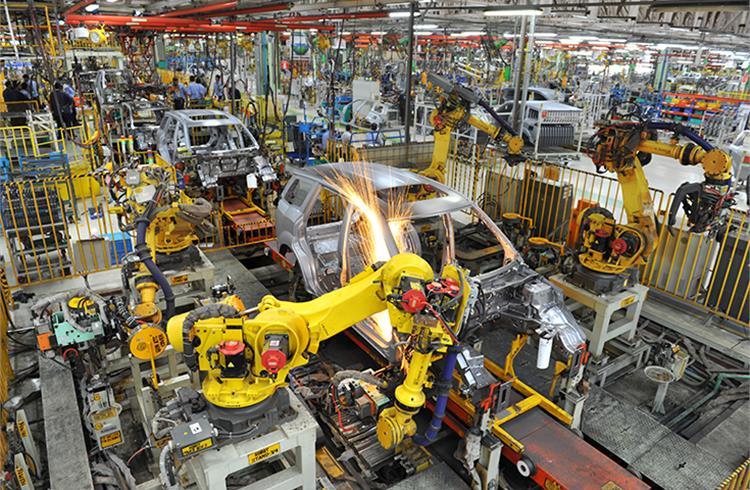 India Auto Inc is fighting back and how. For an industry, which was hugely impacted by the long-vexing supply chain crisis triggered off by the global decline in supplies of critical semiconductor, the latest first-half FY2023 production statistics are proof that it has more or less put the chip crisis behind it. 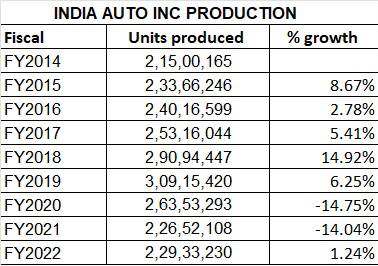 As per SIAM’s production data for the past nine fiscals, India Auto Inc saw a high of 30.91 million units in FY2019 (see data table above). Since then, output has substantially declined due to the slowdown which began in FY2020 and was exacerbated by the Covid-19 pandemic after April 2020. Overall industry output rose in FY2022 after two straight years of decline, with FY2023.

If the momentum of the first-half of FY2023 is maintained over the next six months, industry could potentially reach the 27.50 million-units mark by end-March 2023.

Passenger Vehicles: 22,76,401 units / up 36% YoY
Given the humungous demand in the domestic market, where some PV manufacturers including Maruti Suzuki and Mahindra & Mahindra have a ‘problem’ of plenty with overall pending orders estimated in the region of over 650,000 units, it was only to be expected that this segment would see a good YoY increase in volumes.

Commercial Vehicles: 508,387 units / up 58% YoY
What has brought plenty of smiles to India Auto Inc is the return of demand to the CV industry, whose fortunes are cyclical. After a near-five-year slump, demand is back in the sector, which is known to be the barometer of the economy.

At halfway stage in the fiscal, the CV industry’s production has crossed the half-a-million mark at 508,387 units, up 58% (H1 FY2022: 321,429 units). To cater to strong demand from the mining, steel and cement industries, as well as from passenger-carrying buses for the school and executive transport segments, M&HCV production has jumped 73% YoY to 171,025 units. And heavy goods carriers with 154,145 units account for 90% of that volume.

Light commercial vehicles with 337,362 units account for 66% of total CV production. While a total of 22,297 buses were manufactured (up 123%), huge demand for last-mile transport and the successful hub-and-spoke delivery formula saw OEMs roll out 315,065 small goods carriers including pickups (up 48%).

Given that the economy is on the mend and considerable replacement demand from logistics operators is expected even as OEMs will look to cater to demand from the booming e-commerce sector, CV production in the coming months can be headed only one way – up.

This segment’s production will grow at a faster pace once demand for entry-level motorcycles from rural India returns. Last month, Manish Raj Singhania, President, FADA said the two-wheeler industry is bearing the brunt of increased prices and expensive loans. “Due to increased input costs, two-wheeler OEMs raised prices by five times in the past year. Apart from this, RBI’s fight with inflation saw rate hikes, which continued to make vehicle loans expensive. While India is showing revival signs, Bharat is yet to perform. Two-wheelers, especially entry level vehicles, are finding extremely few buyers.”

September 2022, which heralded the oncoming of the two-month festive season in India, was a good month for the industry, and saw most OEMs stock their dealerships with popular models. October, which has Diwali in its last week, should accelerate the momentum even more. 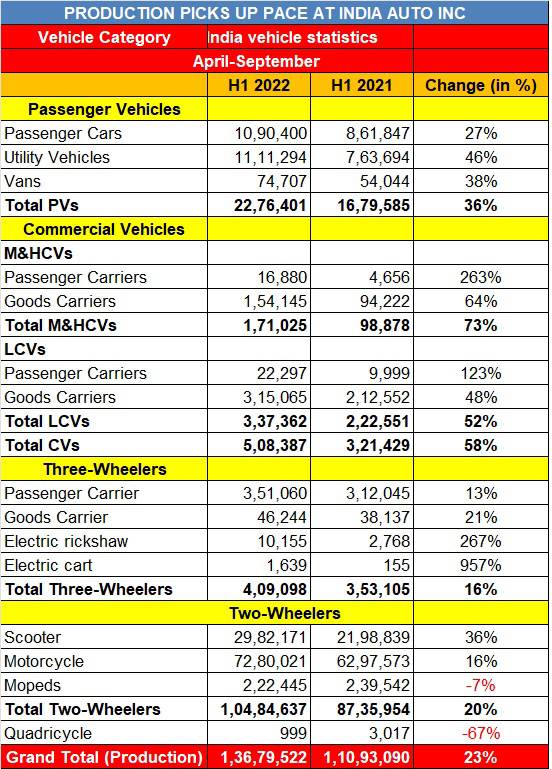