The CV industry continues its strong growth story on the back of economic reforms that has led to a strong focus on infrastructure development, helping the OEMs register strong double digit growth month-on-month. 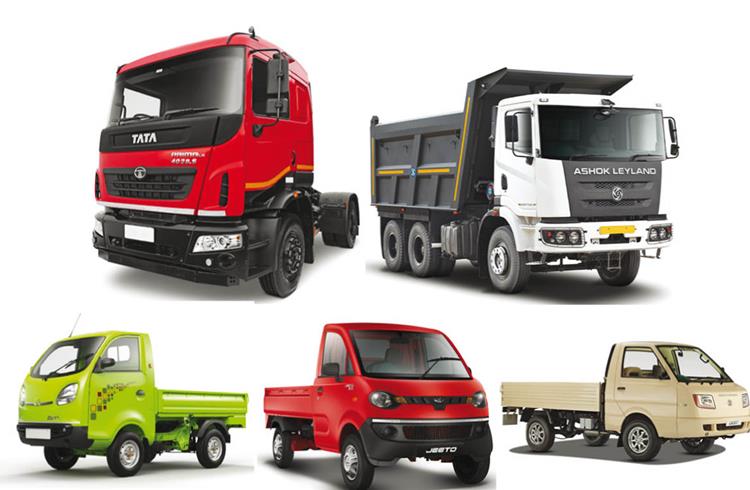 Commercial vehicle sales remain positive in the first month of the calendar year 2018, all OEMs continue to report positive growth. However, there is a indication of growth moderating this month. After, witnessing a growth of over 50 percent in November and December 2017, the CV major’s Tata Motors and Ashok Leyland’s have witnessed sales settling down to 38 and 22 percent respectively in January 2018.

As economic activities start improving on the back of a strong focus on infrastructure development, along with logistics sector witnessing a growth opportunity from the demand of the construction sector, leading to CV segment witness a sustain growth over the last 3-4 months. Industry analysts anticipate the Q4 FY 2017-18 likely to be positive for the CV sector.

The key drivers for the uptick in sales of the M&HCV segment can be attributed to stricter enforcement of overloading across the country, which resulted in fleet operators preferring rated loads; this also helped in driving demand for higher tonnage trucks. Additionally, with the implementation of GST, the productivity of trucks also improved significantly, which supported sales of M&HCV to remain in the fast lane. Fleet operators have been looking optimising operational costs with higher tonnage trucks. With higher productivity, better turnaround time, and optimium utilisation of truck has gone up significantly which has benefitted fleet operators by enabling a superior cost of operations.

How the OEMs fared in January

Tata Motors sold 39,386 units against 28,521 units in January 2017, an increase of 38 percent YoY. After witnessing robust growth over the last three months, the M&HCVs sales moderated at 12, 804 units, up by 13 percent. The I&LCV truck segment grew by 55 percent YoY, on the back of an increased thrust in agriculture, FMCG and E-commerce sectors. The company also registered increasing demand for container and refrigerated trucks in I&LCV segment.

The SCV cargo and pickup segment sales was 17,948 units, posting a strong growth of 75 percent YoY on the back of new product launches and improvement in consumer sentiments especially within the e-commerce sector and government/municipal applications.  The commercial passenger carrier segment saw sales of 4,093 units, a growth of 3 percent YoY.

According to Tata Motors, “On the account of robust infrastructural developments coupled with growing logistics requirements arising from the construction sector. The demand for M&HCVs trucks was led by increasing restrictions on overloading, fresh tenders in the car carrier and petroleum sectors as well as coal and cement movement triggered by key infrastructure projects. However, the growth was lower than expected owing to challenges arising out of supply constraints on key parts.” 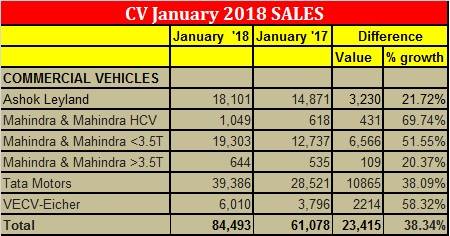