Analysis: Why new car buyers are ditching diesel for hybrids and EVs 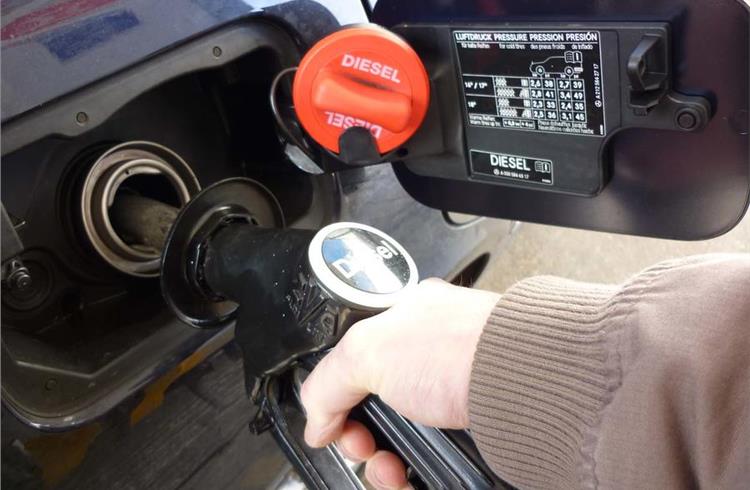 It’s hard to believe that just two years ago, almost half of the new cars sold in the UK were diesel.

In May 2017, in the first of a series of powertrain studies done for Autocar UK, market research firm Simpson Carpenter forecast that within three years diesel sales would fall to 23 percent of the total new car market – a prediction that was met with some scepticism at the time.

But now, two years on, diesel sales in the first quarter of 2019 have fallen to just 27 percent of the new car market. So far, the main beneficiary has been petrol. While buyers expressed an intent to buy hybrid or electric, the relative shortage of available models has limited alternatively fuelled vehicles to just 6 percent of new car sales.

Simpson Carpenter’s most recent research for Autocar suggests the move away from diesel will continue, with just 18 percent of car buyers – new and used – now expecting their next car to be diesel.

The main shift from diesel is in the new car market, where the proportion of people intending to buy diesel next time is down from 23 percent in 2017 to just 14 percent. During the same period, the number of new car buyers expecting to buy a hybrid or electric car has risen from fewer than one in four to more than one in three – growth likely to continue as the choice of models increases. 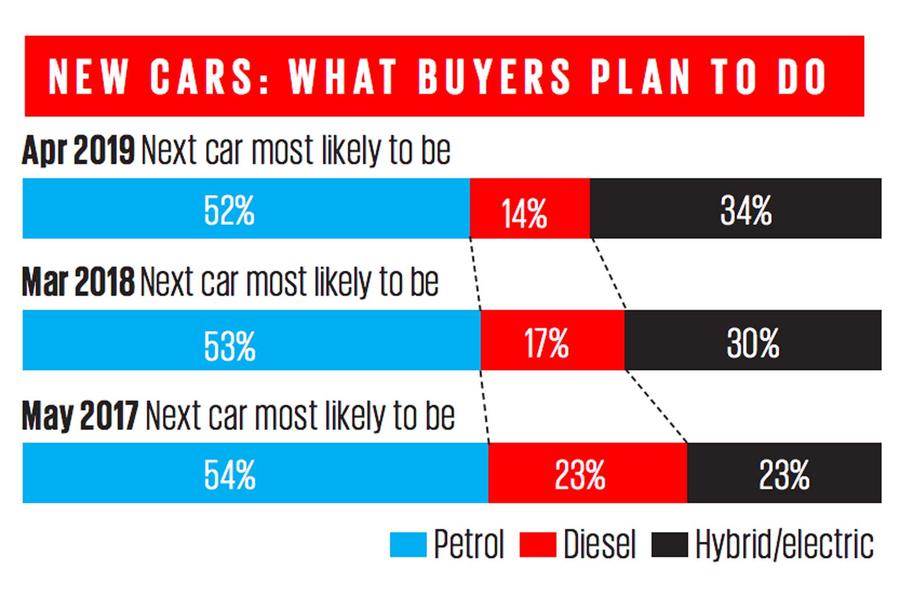 Even in the used car market, diesel’s popularity continues to wane. Only 21 percent now intend to buy a diesel next time – just 2 percent more than those who say they’ll opt for a hybrid or electric car. The very small number of used hybrids and electric cars on the market means a big imbalance between supply and demand for different powertrains.

However, petrol car sales are likely to remain healthy for some time. Although one in five of those with petrol-engined cars say they will defect to hybrid or electric next time round, these losses will be largely mitigated by almost one in three diesel owners who plan to switch to petrol.

Another nail in diesel’s coffin is the increase in the numbers of current owners who reject the fuel outright. One in five diesel owners now reject the fuel and will no longer even consider it for their next car. These gradually increasing levels of rejection continue to be driven by two core concerns: the environmental effects of diesel and concern over future resale values of diesel cars.

The only area in which diesel seems likely to retain a significant foothold is with larger cars. Among owners with cars that have engines of 2.0 litres or more, over half will consider diesel next time, with more than a third picking it as the engine type they’re most likely to buy. Conversely, there seems to be no future for diesel among smaller cars. 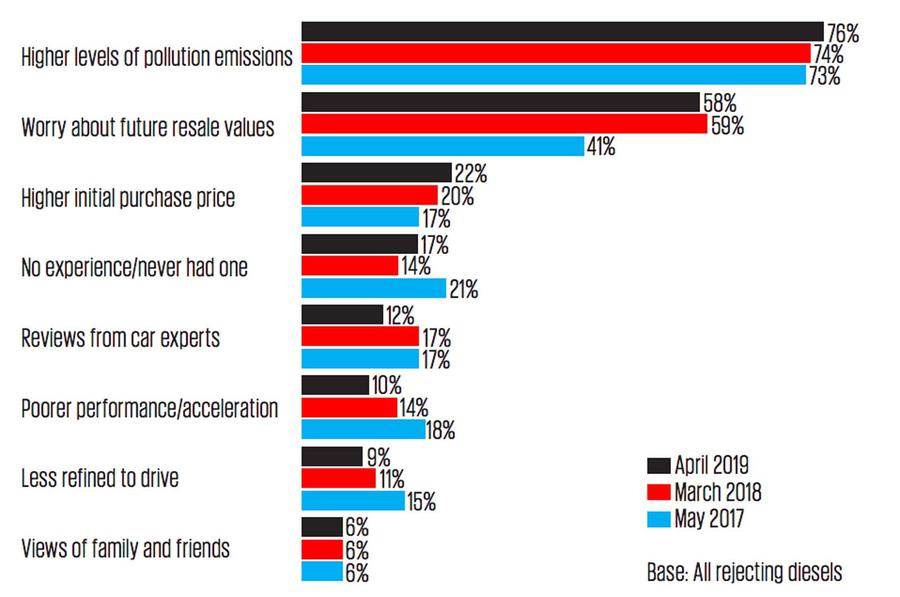