Prashanth Doreswamy: ‘Safety should not be seen as a luxury. It is everyone’s right to be safe on the roads.’

With growing demand for ABS and ESC in India, Continental’s plant in Manesar, Haryana achieves a production milestone of a million speed sensor units a month. 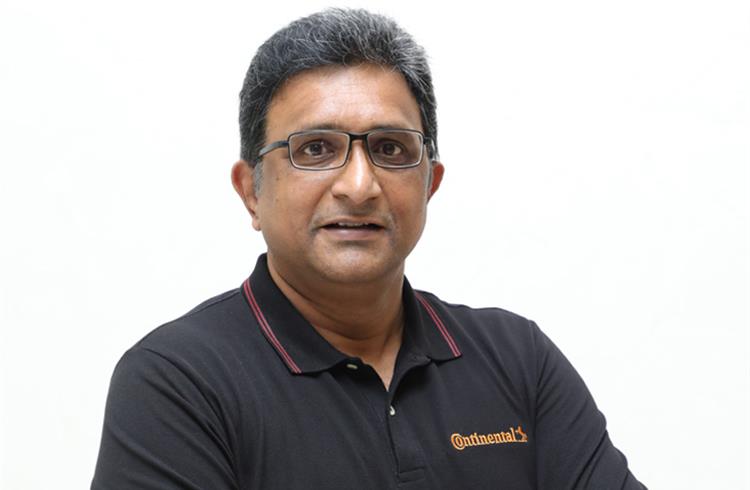 On August 20, technology and component major Continental’s plant in Manesar, Haryana achieved a production milestone of a million speed sensor units a month. The Tier 1 supplier's speed sensor product portfolio includes wheel, engine and transmission speed sensors for passenger vehicles, and wheel and engine speed sensors for two-wheelers. According to Prashanth Doreswamy, Market Head of Continental India and MD, Continental Automotive, India, Continental is now significantly increasing its capacity to produce speed sensors at its plant to meet the growing demand caused by recent safety and emission legislations in India.  An interview by Mayank Dhingra.

Until how long do you see the enhanced capacity at Manesar meeting the industry’s need for speed sensors?
Our plant in Manesar is well equipped to meet the growing demand caused by the recent safety legislations in India. Continental, as a technology company, is always ready to support the market requirements. The recent capacity expansion is in line with customer requirements, and will continue to be in line with the demand. With our strong safety technology portfolio, and expertise in other markets, we are fully equipped to support OEMs in bringing solutions to the market.

How much has Continental invested in capacity expansion and have there been any technical upgrades as well at the assembly line?
The Manesar plant has touched a milestone of producing one million speed sensor units a month. The speed sensor product line of Continental includes wheel, engine and transmission speed sensors for passenger vehicles, and wheel and engine speed sensors for two-wheelers. The assembly line is partially automated, and we also follow our internal lean methodology, all of which play a huge role in reaching the milestone. Unfortunately, we wouldn’t be able to disclose the investment details.

What portion of the one million units is wheel, engine and transmission speed sensors, respectively?
We will not be able to share specific numbers. We will reach 12 million speed sensor units production per year (at the Manesar plant).

With the new regulatory reforms on safety, there has been a significant increase in vehicle prices as well. Do you think that it’s a good move and safety should be prioritised over affordability?
Safety should not be seen as a luxury. It is everyone’s right to be safe on the roads. Continental strongly believes in and advocates Vision Zero, which means that we strive to achieve zero fatalities, zero injuries and zero crashes. Due to the growing awareness on safety and of course legislations, demand for safety technologies is also growing in India, for both passenger cars and two-wheelers. However, affordability is also a point we need to keep in mind as India is a price-sensitive market. Equipping vehicles with safety technologies will have a cost impact in the initial stages. Cost reduction will be achieved only by volume increase, localisation and bringing in market-specific technology.

Are you planning capacity expansion at any other Continental plant(s) in India shortly?
For Continental, capacity expansion has always been based on market demand. Localisation is an integral part of our strategy globally, and we believe it is essential to meet specific technology and cost requirements of any market. To cite an example, Continental has been steadily investing in India to localise ABS/ESC. In 2016 we set up a line for ABS assembly, in addition to ESC systems, in our Brake Systems plant in Gurgaon, followed in 2018 by a new line in the Bangalore plant, for production and assembly of Electronic Control Units (ECU) for two-wheeler and passenger car ABS and ESC. Recently, we added a new assembly line to manufacture airbag control units (ACUs) at its Central Electronics Plant in Bangalore. Also a few months ago, we announced two greenfield plants in India, one for our Powertrain business and the other for our surface solutions business. These are also progressing as per plan.