Continental is significantly increasing its capacity to produce speed sensors at its Manesar plant to meet the growing demand created by recent safety and emission legislations in India. 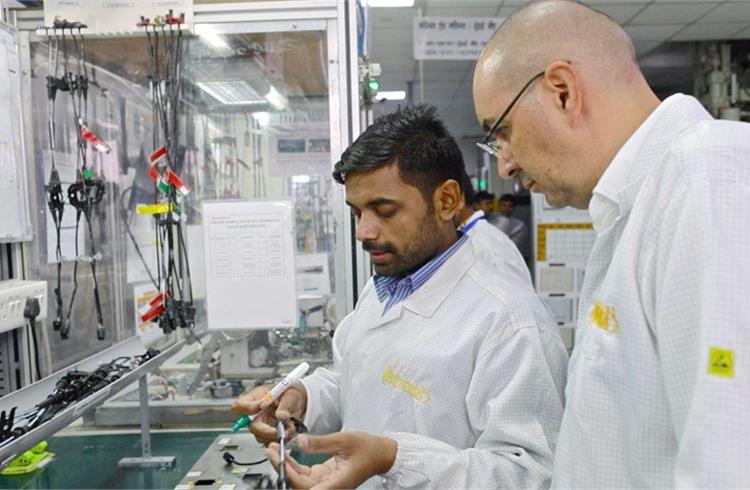 Continental’s plant in Manesar reached a milestone of producing one million speed sensor units a month. 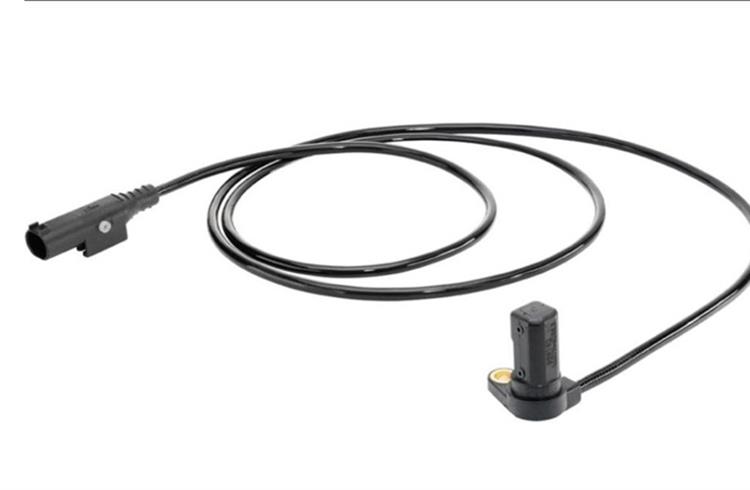 The company’s speed sensor product portfolio includes wheel, engine and transmission speed sensors for passenger vehicles, while for two-wheelers it is wheel (above) and engine speed sensors.

The company’s speed sensor product portfolio includes wheel, engine and transmission speed sensors for passenger vehicles, while for two-wheelers it is wheel and engine speed sensors. Continental is significantly increasing its capacity to produce speed sensors at its plant to meet the growing demand caused by recent safety and emission legislations in India.

Growing demand for ABS units
With new vehicle safety legislation coming to effect in April 2019, there is a rapid increase in demand for ABS units. The signals from the wheel speed sensors are required for control systems like Anti-lock Braking System (ABS) and Electronic Stability Control (ESC). This information is used to prevent the wheels from locking or spinning, thus taking an appropriate control action to maintain the vehicle’s stability and steering responses.

When Bharat Stage VI emission norms kick in from April 2020, they will demand for advanced technologies to support the upgradation. This is where engine speed sensors will be of great value as they provide information to the Engine Management System to control the ignition and injection times, allowing compliance to the exhaust gas regulation and reduction in fuel consumption. The transmission speed sensors provide a highly accurate speed signal of gear in transmission box. The sensor signals are used by the Transmission Control Unit (TCU) to control the transmission box.

Making in India
Continental India has been working on active and passive safety systems for mobility even before safety legislation was slated. The company has been successfully creating a localisation value chain starting from marketing, R&D to design according to local customers’ requirements.

To cite an example, in 2016 Continental established a line for ABS and ESC assembly in its brake systems plant, Gurgaon, followed by localising electronic control units for ABS and ESC in its Bangalore plant in 2018. The same year, Continental expanded the capacity by adding two new lines to increase assembly of ABS and ESC units in its Gurgaon plant. This accomplishment further acclaims Continental’s strong focus on Vision Zero, a future with zero crashes, fatalities and injuries.