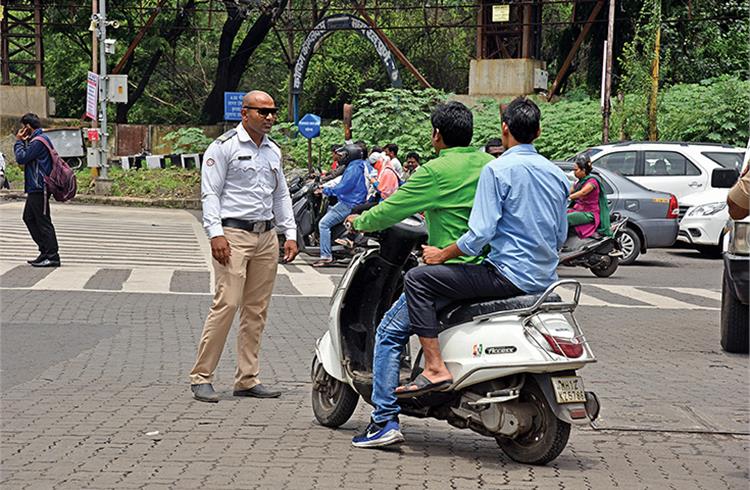 A debatable topic for every democracy is about choosing what remains advisory for its citizens and what's mandated. Clarity and conclusion of these debates provide an idea about the extent of the freedom of choice enjoyed by its citizens and healthy public debate and clear communication about how much it is valued and lived responsibly by the citizens.

Looking at recent data of road crashes and fatalities, it is evident that India cannot continue to harm and lose its productive and young citizens, simply due to the absence of a strong enforcement regime. Millions of Indians travel on the roads and 400 of them never return to their families every day. It is also obvious that with the current level of non-compliance of mandatory safe driving laws, a billion-plus Indians not respecting the road rules, a few million police are simply not enough to ensure complete enforcement. Therefore, having lost 1.4 million Indians, mainly youth in their productive age, it is urgent and critical to find a sustainable solution to this national issue.

It is in this background that every analysis of road accident data and visual survey of traffic sense in the country confirms the potential of bringing about the biggest impact by achieving a breakthrough by enforcing road rules and nudging our road users.

To achieve this breakthrough in a short time frame, we need the power of technology and the power of strong deterrence. Both critics and supporters of the New Motor Vehicle (Amendment) Bill 2019 concur on the fact that it aims to act as a strong deterrent to road users who violate traffic rules. 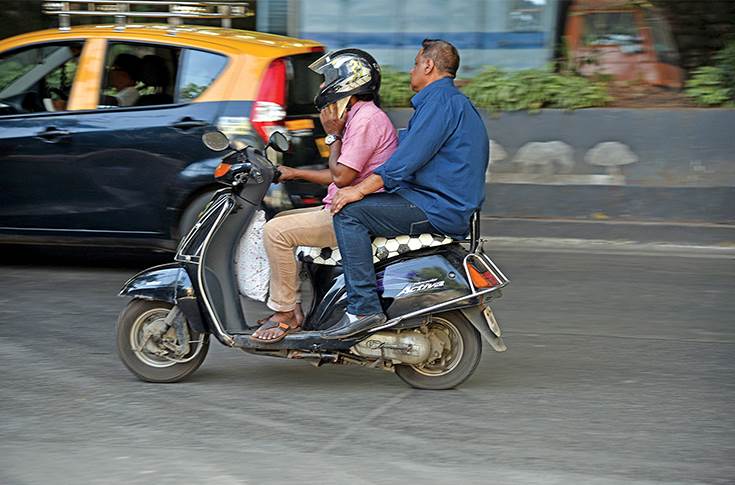 The marked increase in fines for breaking traffic rules would strongly discourage people from engaging in irresponsible behaviour, which often leads to road crashes and in turn people injuries and fatalities

What is still being debated is how fast and how effectively can we use the provision of ‘technology-enabled human-less enforcement’ in licensing, vehicle fitness, road engineering safety audits along with monitoring driver behaviour and compliance on our roads, so that any violation is captured at the first instance itself and punished heavily with evidence. If we quickly make it effective as a national safety movement, the vision of the Bill will be truly achieved.

Is the new Bill enough to reduce road crashes and fatalities?
With the Motor Vehicles (Amendment) Bill 2019, having come into force from September, with several provisions for improving road safety, citizen’s dealings with transport offices, automation and digital infrastructure, it could turn out to be a game-changer legislation to arrest the alarming rate of road crash fatalities in India.

The Bill covers all three aspects of safety: vehicle, road users and road infrastructure. It mandates automated fitness testing for vehicles to reduce corruption in the transport department while improving vehicle roadworthiness. Stiff penalties have been provided for deliberate violation of safety /environmental regulations as well as for vehicle bodybuilders and spare parts suppliers. The Bill allows the central government to recall motor vehicles if a defect in a vehicle causes damage to the environment, driver, or other road users. The penalty of up to Rs 100 crore or jail for manufacturers violating safety and environmental norms is a stiff one. To smoothen the registration process for new vehicles, registration will be done at the dealer’s end. The Centre will also create a national register for driving license and vehicle registration through the ‘Vahan’ and ‘Sarathi’ platforms, adding a digital platform for quick, accurate monitoring and enforcement.

Stricter provisions have been put in place for offences like juvenile driving, drunken driving, driving without a licence, dangerous driving, overspeeding or overloading. Likewise for helmet-less riding, using cellphones while riding or driving, and provisions for electronic detection of violations. The marked increase in fines applicable under various counts would strongly discourage people from engaging in irresponsible behaviour, which often leads to grave accidents and deaths on Indian roads. Further, the sharp increase in monetary fines, it is felt, will ensure greater road safety not only for motorists but also for pedestrians since it will make people more cautious.

As per the government’s own estimation, nearly 30 percent driving licences in the country are fake. These vehicles with bogus drivers are killers on wheels. To address this, the Bill makes online identity verification Aadhaar-mandatory for getting a driving licence to put an end to fake licences. The Bill provides for an online learner’s licence with mandatory online identity verification. And the driving test will be computerised to obviate fake driving licenses. Commercial licenses will be valid up to five years instead of three and more driver training schools will be opened all over the country to grow the population of safe drivers. Ensuring that only people equipped with a legal license are able to drive or ride, would mean that they are aware of their responsibilities and that their ability to drive/ride safely on the roads has been duly tested.

The Bill also covers the accident road victims by increasing the minimum compensation for hit-and-run cases. In particular, in case of death, such compensation would vary from Rs 25,000 to Rs 200,000. In the case of grievous injury, it would vary from Rs 12,500 to Rs 50,000. The Bill also enables the Central government to develop a scheme for cashless treatment of road accident victims during the ‘Golden Hour’. The Centre will set up a Motor Vehicle Accident Fund to provide compulsory insurance cover to all road users.

The Bill also wants the general public to come forward and help road accident victims.  Therefore, in its definition of a ‘Good Samaritan’, it has pointed out that such a person will not be liable for any civil or criminal action for any injury to or death of an accident victim, caused by their negligence, if any, in assisting the victim.

The Bill also flags the importance of having a National Transportation Policy and proposes a National Road Safety Board, which will advise the central and state governments on all aspects of road safety and traffic management. It also attempts to plug a policy gap that has been introduced by the emergence of shared economy concepts and technology. As such, it defines taxi aggregators as digital intermediaries or marketplaces which can be used by passengers to connect with a driver for transportation purposes. These aggregators will be issued licenses by the state but they must also comply with the Information Technology Act, 2000.

It is possible to reduce the road accident rate and severity by adopting and enforcing proper safety measures. However, strict implementation of traffic rules and stringent punishments alone will not solve the persisting crisis. Change in the mindset of riders and drivers and road users realising their responsibilities will also be important to bring about a change.  Campaigns such as ‘1 Crore Steps for Safer Roads’ created the much-needed awareness about road safety among public.  It encouraged people 'To be the change' and 'Be the hero' in the transformation of traffic public sense in the country. Since enforcement on our roads is grossly inadequate, motorists need to find an alternative and form a community of self-disciplined road users. The ‘One Crore Haath Saath Saath’ campaign helped educate people and took their commitment for self-enforcement.

As road safety is a complex topic, we need to have a multidisciplinary approach to traffic planning and road design involving psychologists, engineers, doctors, sociologists and vehicle experts. We can learn from the guidelines and good practices for good behaviour on the roads practiced in developed countries where safety, orderliness and discipline are ingrained in citizens. If all citizens, government bodies, corporate and society understand the importance of road safety and take steps together, we will surely make our nation a better and safer place to live in.

(This column was first published in the September 15, 2019 issue of Autocar Professional)