The automotive industry’s R&D expertise is of vital interest to the fast-commercialising global space economy. And it isn’t limited to the Japanese alone. 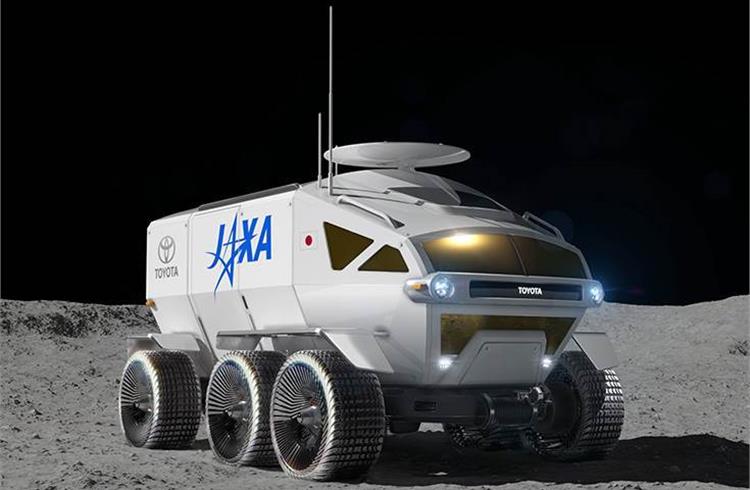 The system will consist of an electrolyser that will split water molecules to generate hydrogen for fuel use and oxygen for regenerating water along with a fuel cell to generate electricity and water. Such a system will primarily be used for surface mobility on the moon and Mars, but they could well serve as life-support systems for space stations and extraterrestrial bases of the future.

Toyota is not far behind in readying lunar-focused technologies. Since 2019, Toyota’s state-of-the-art Lunar Exploration Mobility Works laboratory has collaborated with JAXA to build a human-rated pressurised rover, which looks like an infantry mobile vehicle designed for surface mobility of humans on the Moon. 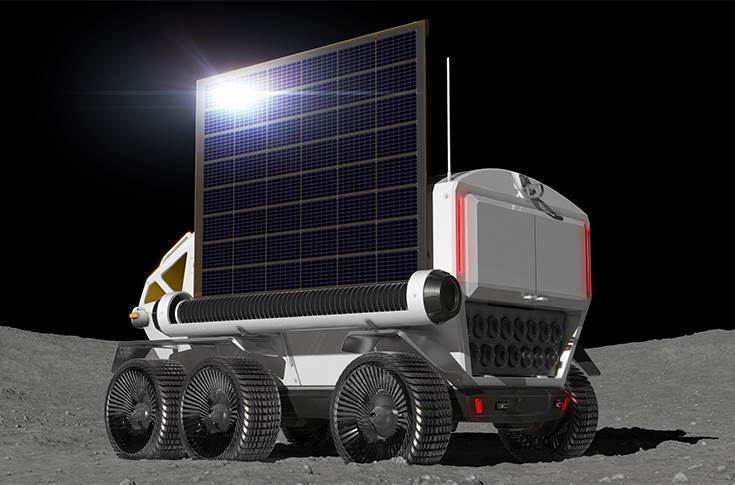 In 2022, Toyota and JAXA plan to manufacture and evaluate a 1:1 scale prototype rover; acquisition and verification testing of data on driving systems required to explore the moon’s polar regions.

These are not one-off projects but part of Japan’s commitment to the Artemis Accords that came into being in October 2020. This non-binding political agreement led by the US and its partner countries – Australia, Brazil, Canada, Italy, Japan, South Korea, Luxembourg, New Zealand, Ukraine, United Arab Emirates, United Kingdom, and the Isle of Man – are joint efforts for increased human presence on the Moon and beyond.

As seen from the Japanese examples, such steps are not limited to the conventional realms of the space industry. Tokyo wants its biggest export, the automotive sector, to pick up stakes in the global space economy. But what are the incentives for the automotive industry to do so?

What's in it for auto?
The global automotive industry is a behemoth of the global economy that has appendages into the oil and gas, mining, electronics, advanced materials, specialty chemicals sectors. With vast financial resources at its disposal, the automotive industry’s R&D output in these domains is of vital interest to the fast-commercialising global space economy. And it isn’t limited to the Japanese alone.

For nearly 15 years, German automotive giant Daimler Group has hosted a research group working on the Moon’s geology at its Research and Advanced Engineering facility in Ulm. The researchers here have developed computer vision capacities for surface mobility on the undulating and rocky terrain on the Moon. They focused on developing systems installed on surface mobility rovers that could autonomously detect and analyze the rocks and boulders on the lunar surface. Such vision-based systems are supposed to help the rover avoid collisions and navigate on non-road surfaces.

Across the Atlantic, General Motors has teamed up with US aerospace contractor Lockheed Martin to build a lunar vehicular platform called a Lunar Terrain Vehicle (LTV). The LTV can be the US’ contribution to its Artemis Accords. Likewise, during the previous decade, Suzuki and Audi have contemplated launching their respective small – microwave oven-sized – lunar rovers, Hakuto and Lunar Quattro.

The world today has not wrapped its head around the courtship between the automotive and space industries. It is multi-faceted, and exchanges several technologies and materials. The development of extraterrestrial surface mobility is one area. There’re also electric batteries, hydrogen fuel technologies, computer vision – and more futuristic synergies in carbon materials, alternative energy storage systems, self-healing materials, vertical take-off and landing (VTOL), in-car communication systems, and intelligent transport systems. Many of these technologies are visible in concept cars but do not make it on the road for various factors, including cost. This is not an issue for the space industry, whose business arithmetic allows for these expensive yet utilitarian technologies.

Think about it. Two of the most prolific rocket launch companies – SpaceX and Mitsubishi Heavy Industries – have automotive companies – Tesla and Mitsubishi Motors – as their sister concerns. It helps the holding company garner the necessary experience in both the auto and space industries, and even flourish.

China isn’t being left behind. In 2020, China’s Zhejiang Geely Holding Group, owners of Volvo and Geely Motors, announced its entry into the satellite manufacturing industry, offering sixth-generation (6G) communication services. For now, the group’s satellites aim to provide Industry 4.0 services like vehicle-to-vehicle and vehicle-to-X communications and autonomous navigation, which will prevent accidents and offer an autonomous driving experience.

The current global automotive market is substantially larger at US $ 2.7 trillion than the worldwide space market, which is at US $ 550 billion. The winds of commercialisation are blowing in the space sector, and even the Indian government has recognized it, with its announcement of the 2020 space reforms.Healthy industries – and India’s auto sector is a star here - will adopt the commercializing space sector, built and supported by Indian taxpayer money. The trajectory for both the automotive and space industries hereafter will be intertwined much more than before.

In his recent address to the Confederation of Indian Industries (CII), Prime Minister Narendra Modi called on Indian industry to increase its risk-taking appetite and investments in research and development. He emphasised the importance of adopting novel and challenging routes – and enjoining the space and automotive industries is one such novel route. Although it may appear daunting initially, industry leaders will find both sectors profitable. That’s if they follow the tried and tested lead of their international counterparts like Toyota, Daimler, General Motors, and others, and determine to make long gestation investments in R&D. The days of learning from joint ventures are long gone. Strategic purchases of overseas automotive companies provided confidence in inherent capabilities. Takeovers may continue, but there is no substitute for winning by investing in R&D in the home market, resulting in globally competitive indigenization – and a truly Aatmanirbhar Bharat.

About the author
Dr. Chaitanya Giri is the Fellow for Space and Ocean Studies at Gateway House: Indian Council on Global Relations