Five things that stood out at SIAM’s 2014 convention

Delegates at the Society of Indian Automobile Manufacturers’ (SIAM) annual conventions have been used to politicians’ speeches that are long on style and never really change things on the ground. 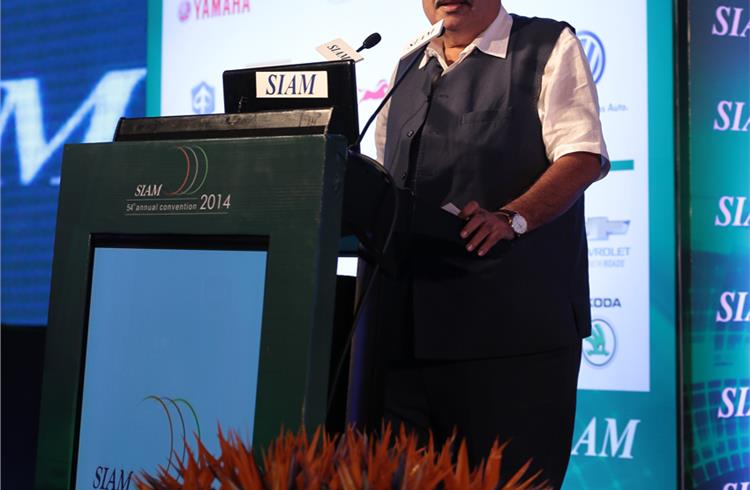 Delegates at the Society of Indian Automobile Manufacturers’ (SIAM) annual conventions have been used to politicians’ speeches that are long on style and never really change things on the ground. It would not be an exaggeration to say that their speeches were heard and endured, and were typically met with disbelief.

But this time was different. And here’s why.

Nitin Gadkari, minister of Road Transport and Highways, spoke about the need for better roads and infrastructure. Nothing new about that but he seemed determined to get these things up and moving without any delay. He said he would take up issues directly with the prime minister if needed. This was the government of India at its proactive best. Team government pretty much sums it up.

His views were echoed in an earlier speech by Anant Geete, minister of Heavy Industries and Public Enterprises, who said that it would be nice if the government and industry met once in three months across the table.

Seems like breath of fresh air is flowing in the national capital. There’s promise of the animal spirits of the economy being generated. Amazing words from the government and clearly, the head honchos went back impressed.

On other fronts, there are five things, the subject of this blog that, if fully implemented, can boost the automotive sector.

- Minister Nitin Gadkari wants to get projects in infrastructure worth Rs 1.5 lakh   crore up and ready for implementation in a year. And there’s more after that.

- Water transport is a new priority for the government. Gadkari suggested that it would be good to take the pressure of the country’s congested roads. Words like long Ro-RO services and dry ports were suggested. The target is to get waterways to account for 10 percent of goods movement by 2020 as against 1.5 percent now.

- Concrete roads are the way forward, and there are plans to lay gas and fibre optic cables along the highways.

- And finally, looking at eco-friendly fuels such as ethanol that can even interest OEMs such as Honda and Toyota. Moreover, he seemed to espouse the prime minister’s cleanliness drive when he said that it would be nice to convert waste into wealth. This may not have anything to do directly with auto bit is part of a larger game-plan to achieve energy security.

Above all, he said that a new Motor Vehicle Act will be on the government’s website at 10am IST, 13 September. Clearly, this is a new New Delhi. The world starts at 9am and so we can take the minister at his word.