During FY22, the company secured orders of more than Rs 400 crore of peak annual sales value from these new age OEMs. 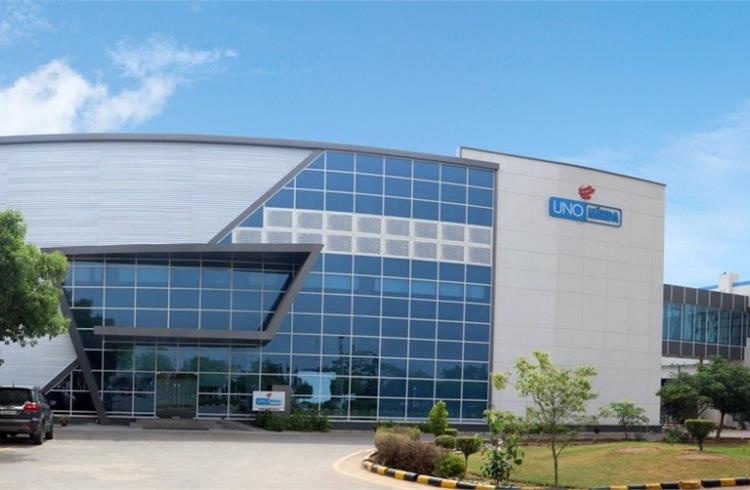 As the Indian electric vehicles market is picking up pace, the auto component makers are grabbing a sizable increase in orders for EV parts, signaling a paradigm shift in vehicle technology in the near future.

To offer a boost in its quest to be a complete solution provider in the EV domain, auto component major Uno Minda has received an order of Rs 980 crore in this segment in the current financial year (FY) 2022-2023.

The latest order size is even higher than the double of orders it received last year. For EV specific products, the tier-I auto component supplier is actively engaged with top six to seven new age electric two-wheeler makers for the supply of its EV and traditional products. During FY22, the company secured orders of more than Rs 400 crore of peak annual sales value from these new age OEMs.

"We have observed that global demand for India-made auto components and the focus on electric vehicles has resulted in several opportunities that the component manufacturers can harness. Based on our internal assessment, our potential content per vehicle in electric two-wheelers stands at Rs 50,000, with an annual orderbook of over Rs 980 crore," Sunil Bohra, Group Chief Financial Officer of Uno Minda told Autocar Professional.

He further indicated that the EV order book size will continue to expand in the coming quarters as automotive industry focus towards sustainability is improving. Till the first half of the ongoing financial year 2022-23, company’s revenue from EV players stood at about Rs 830 crore which is 1.5 percent of its total revenue in April-September period.

Partnerships to push EV kit value:
In the last 12-18 months, the tier-I auto component maker has stitched three prominent partnerships to improve its EV capabilities. In November last year, the company entered into a joint venture (JV) (50.1 percent stake) with Germany based Buehler Motor GmbH to develop, manufacture and market traction motors for battery-driven electric two-wheelers and three-wheelers in India. The total capital expenditure to be incurred over the period of six years in the proposed JV company would be Rs 110 crore.

Marking its entry into passenger cars seating system, Uno Minda joined hands with Tokyo headquartered company Tachi-S in September 2022. With this JV, the company initially plans to manufacture seat recliner components only for both ICE and electric cars and later on develop a full seating system in the coming years. Notably, the company is already an established automotive seating system supplier for comand mercial vehicles, two-wheelers, and off-highway vehicles.

The company signed another prominent JV with Friwo Germany to manufacture and supply a bouquet of EV products including battery packs and BMS, chargers (both on-board and off-board), smart plug with RCD cable and motor controllers among others. While the JV plans to incur capex of approximately Rs 390 crore over a period of next six years to support such growth in India, the outlay in initial two years would be around Rs 160 crore.

Growth Capex pipeline
With a target to enhance presence in both ICE and EV components, the company is looking at a capital expenditure of Rs 2000 crore in the next three years. It is currently in the process of setting up three new plants as announced a couple of months ago. One for blow mounding, and one in Gujarat for lighting, and another expansion in Bawal plant for four-wheeler alloy manufacturing. Currently, total four-wheeler alloy wheels capacity stands at 295,000 per month and an additional 90,000 units per month is under construction.

Running at 70-80 percent capacity utilization, the company has fully ramped up its two-wheeler alloy wheel lines and achieved rated capacity production of 9 lakh wheels in the second quarter of FY23. With over 20 product lines, and over 23,000 employees, the company currently has 71 manufacturing plants spread across India, Indonesia, Vietnam, Spain, Morocco, Mexico Colombia, and Germany; design centers in Taiwan, Japan and Spain.