Toyota recalls around 1,400 vehicles due to faulty airbag controllers

News comes in after Maruti Suzuki India recalled over 17,000 cars for the same reason. 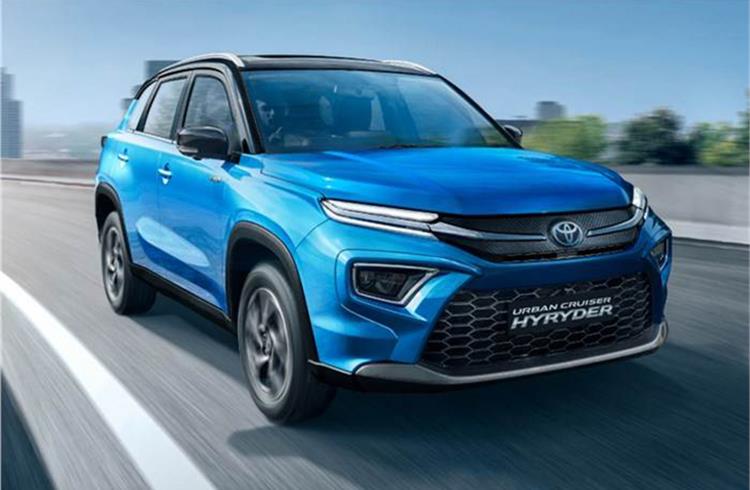 Toyota has issued a recall for around 1,400 units of the Urban Cruiser Hyryder and Glanza for a fault in the airbag controller. This comes after Maruti Suzuki issued a similar recall for the Baleno, Grand Vitara and other models. Like the two Maruti Suzuki models they’re based on, the affected Glanza and Hyryder units were produced between December 8, 2022, and January 12, 2023.

Their airbag control unit is susceptible to failure, which could result in the non-deployment of airbags and seat belt pretensioners in the event of a crash. Toyota also cautioned owners of the affected vehicles to reduce their usage until they are fixed at the brand's workshops, where the part will be replaced free of cost.

Recent Toyota recalls
This is not the first time Toyota has issued a recall for the Urban Cruiser Hyryder. In December, the Japanese carmaker recalled around 1,000 units of its new SUV for an issue pertaining to the seat belt shoulder height adjuster which could make it come apart. A similar issue affected the Grand Vitara, too, as both are manufactured on the same assembly line; the XL6, Ertiga and Ciaz were also affected by this issue.