The union filed a contempt of court case at Bombay High Court earlier in the week on the US car maker’s non-payment of 50 percent wages directive by the Pune Industrial Court. 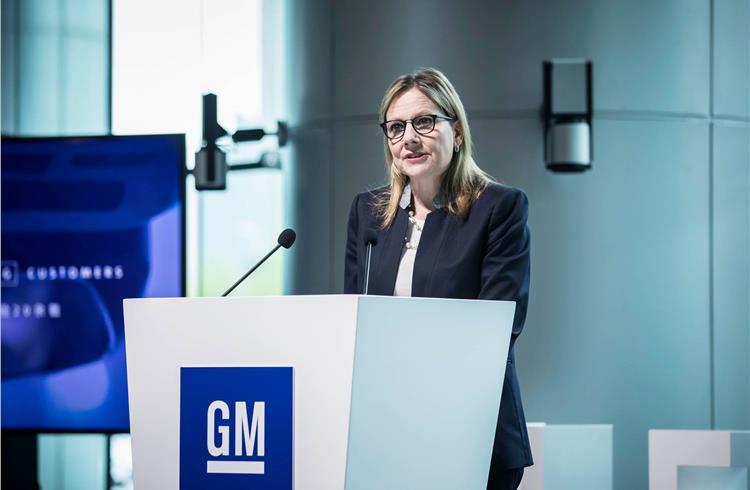 Mary Barra, the Global CEO of the US carmaker General Motors has been included in a legal case by General Motors Employees Union of Talegaon plant, who have been engaged with the Indian subsidiary in a lengthy legal tussle that is yet to find any breakthrough.

The employees claimed that General Motors had illegally terminated 1,086 workers of the Pune factory and they claimed that the company violated the industrial courts order to grant 50 percent wages to the workers as an interim relief from April 7, 2022. Till date not a single rupee has been paid to the workers, the workers claim.

The Pune Industrial Court had ordered payment of 50 percent of the salary from April 7, 2022, till the final decision of the case. This order was challenged in the Bombay High Court by the company and after the Bombay High Court’s verdict in favour of workers in September, General Motors India had challenged the same in the Supreme Court, this too was redirected back to Pune Industrial Court. At the time, the highest court in the country had directed the Industrial Court in Pune to conclude the long-protracted battle within next four months i.e January 2023.

General Motors India had retrenched a total of 1,086 permanent workers at its Talegaon plant illegally without seeking government permission and challenged the workers in the industrial court, claimed the workers.

It has been almost two years since General Motors India produced its last car at the Talegaon Pune plant and the bitter court battle with the employees continues. In the backdrop of this legal showdown, the US car maker continues to engage with potential suitors for sale of the factory, with its deal with Great Wall Motors collapsing last year.

In an official response, GM spokesperson said, “GM ceased vehicle production at the Talegaon site in 2020. GM is continuing to explore options for the sale of the site. The plant remains a well-maintained state-of-the-art industrial site, with strong linkages to supply chain and transport networks. Employees have been legally separated and we remain very confident of our legal position.”

The story so far
Post signing a term sheet for sale with Great Wall Motors in January of 2020, a petition was filed by the union stating that the company forced and coerced its employees to take up Voluntary Retirement Scheme or VRS, which according to them was not fair and equitable.

In January 2021, the employee’s union filed 11 different cases at the Maharashtra Industrial Court.

To seek intervention, in the past, the Union has also reached out directly to the Prime Minister's office and then Union Minister for Heavy Industries Prakash Javadekar.

GM on its part, claimed that the wind down plan was in consistency with similar shut down executed in Australia, Thailand, Indonesia, South Africa, Europe and Russia and there was always a detailed plan to support employees, but the employees had not accepted the severance package, instead demanded that the sale of the factory to a potential suitor should happen with employees so that their jobs are protected.

The US car maker maintained that it has been consistently transparent and the local leadership at the plant said that it was exploring strategic options for the future.

In 2019, it was confirmed there would be no new product programme after the current programme finished. Since January 2020, the company had communicated that employee transfer was not part of the sale.

In its presence in India for over two and half decades, General Motors had invested $1.4 billion in the country and the company had already taken a significant charge on the books for the winding down process.

Since 2021, multiple issues have come up for hearing at Pune Industrial Court, Bombay High Court and even Supreme Court, but the stalemate continues