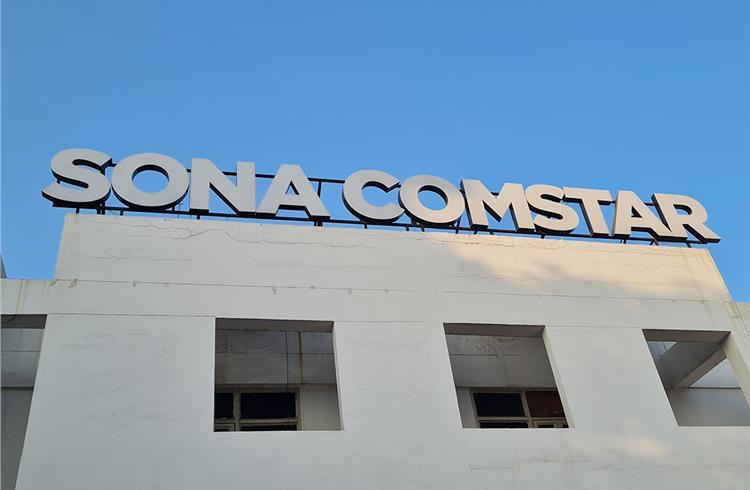 Auto component maker Sona BLW Precision Forgings (Sona Comstar) has reported 45 percent growth in its consolidated profit after tax (PAT) for the quarter ended December 31, 2022, at Rs 107 crore as compared to Rs 86.4 crore in the corresponding quarter a year ago.

The company's consolidated revenue from operations stood at Rs 685 crore in Q3FY23, up 39 percent, as compared to Rs 499 crore in the same period a year ago, largely driven by the scale-up of revenue from new programmes.

During the quarter under review, the Gurugram-based auto component maker won business from a global EV OEM to supply an Electronic Differential Lock (EDL) for their upcoming battery electric model. This programme added Rs 3,350 crore to its order book and is the single largest new order win in the company’s history. The programme’s start of production is in H2FY2024.

According to Vivek Vikram Singh, Managing Director and Group CEO, despite the continued high steel prices, the EBITDA margin improved by 80 bps YoY to 27.2 percent, driving EBITDA growth of 43 percent and PAT growth of 45 percent.

“We continue to progress on all our key strategic priorities. We won the largest single new order in our history, an EV driveline programme which is a big step forward for us in both business development and technology, as this is a new product called an Electronic Differential Lock (EDL). This win demonstrates our ability to keep adding new and higher-value-added products for our customers. We also made our first acquisition since 2019, and with NOVELIC, we have added a third pillar of sensors and software to our business.”

The company has added 11 new EV programmes and six new customers in April-December period of FY23. The number of awarded programmes increased to 41 across 25 different customers, it added.