In the recent NCAP crash tests, the company's bestselling models like the Swift, Ignis and S Presso all scored a one-star rating. 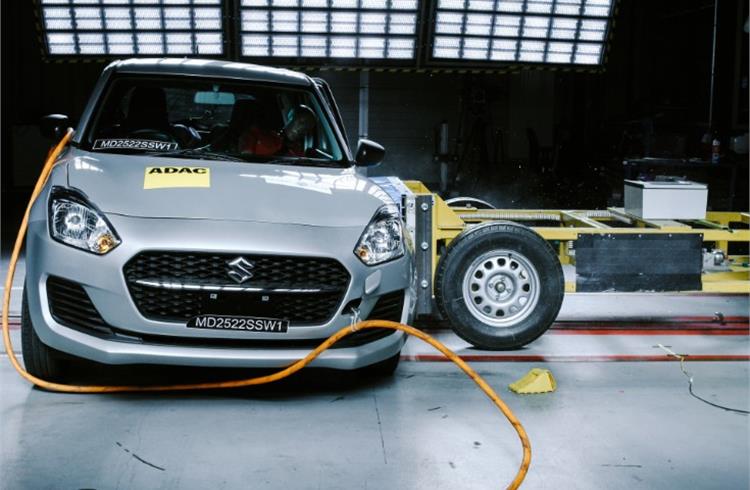 In the wake of poor crash rating scores of some of the popular Maruti Suzuki models by Global NCAP, chairman RC Bhargava raised concerns on the functioning of the international safety organisation. He questioned the need for adding more safety features into vehicles in India, while sidelining more critical issues of road safety, including road engineering, driver training and vehicle fitness.

"Putting NCAP standards into cars sold in India will have no significant impact on the number of accidents at all,” Bhargava said, responding to queries on crash test ratings. “It assumes that all the regulators world over, whether in Europe or in Japan or in the US, really don’t know their business. That NCAP knows the safety business better than all the governments in the world."

The point Bhargava and Maruti Suzuki have been trying to make is that the latest crash norms in India that came into effect 2019 are the same standards as those in Europe. However, the perception is that a car that fares poorly in a GNCAP test is an unsafe car, although in reality, India has already moved to international safety standards, which has raised the safety bar for all cars currently on sale.

The Maruti Suzuki chairman also pointed out that the safety body receives funding from major component makers. "NCAP is funded to a large extent by automotive component manufacturers, like airbag manufacturers. Somebody is promoting the NCAP standard for some reasons, please don’t get taken in by it, and think that is the way to look at safer roads. I can say with complete confidence that putting in NCAP standards in cars will have no significant impact on the number of accidents.”

Recent crash ratings
In the recent NCAP crash tests, the company's bestselling models like the Swift, Ignis and S Presso all scored a one-star rating. Moreover, neither the Swift nor the Ignis are equipped with ESC as standard, and do not comply with UN127 pedestrian protection norms – two factors that have heavily contributed to their poor crash rating performance.

Highlighting Maruti Suzuki's contribution towards improving road and vehicle safety he elaborated, “Maruti has developed a whole lot of [safety] systems. Driving schools have simulators. However, trying to get state laws to change driving tests for various reasons is not happening.”

This dismal rating once again drew flak on social media as the credibility of the market leader comes under scanner. This is at a time when India is stepping up its capability to build safer cars. The truth is that whilst a GNCAP rating is an important measure in the safety standard of the car, it's not the only measure. It doesn’t take into account the complete Indian driving environment in its crash protocol, and is based more on European scenarios.