R C Bhargava believes Free Trade Agreements are an opportunity India Auto Inc cannot afford to miss while also calling for rationalisation of the high level of taxation on the car industry in India. 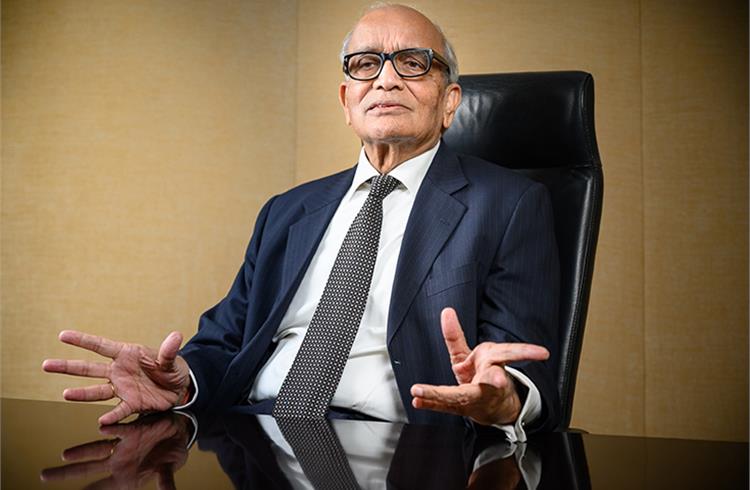 R C Bhargava, the chairman of Maruti Suzuki, says India should aggressively move and reduce tariffs and get into Free Trade Agreements (FTAs) as they will open up new business opportunities in big markets.

The longest-serving Maruti Suzuki leader said that India Auto Inc should give up its "protectionist mentality to protect their interest. Survive or go under. It is better to grow under competition. I think our interest is by subjecting ourselves to the competition."

Bhargava believes India has the capability of being “far more competitive in manufacturing” than anywhere else in the world. “I am not in the least concerned about competition from elsewhere. People do fear that there will be dumping in India – I think we can stand a certain volume but FTAs open up big markets for us to expand.”

Clarifying that these views are his personal ones and not an industry perspective, Bhargava adds, “I believe we can compete not through the dumping route but by providing good quality, highly competitive vehicles for many parts of the world.”

India is currently engaged in FTA talks with the UK and EU, which may have a big bearing on the fortunes of the automotive industry.

Urges rationalisation of high taxation levels
Bhargava is of the firm opinion that the Indian automotive industry continues to struggle from high taxation rates and there is a serious need to rationalise them.

“Throughout our history, all motor vehicles – whether they are SUVs or MUVs – have been in the highest tax bracket. This clarification (recent GST council clarification) only confirms that they will levy 22% cess if four conditions are met, which puts us into a 50% kind of tax bracket. You can't grow an automobile industry at a 50% tax rate,” asserted Bhargava, questioning as to where globally an automobile industry has grown with a 50% tax rate.

“It is the wisdom of the policy makers and the political leadership – they really don’t want the car industry to grow fast . . . they want it to grow, maybe at 4-5%. If the leadership is happy with the 4-5% growth for the industry, who am I to quibble with that?” rues Bhargava.

When queried as to what should be the level of taxation for cars, Bhargava says he is not in a position to say that but explains that the taxation rate in Europe, Japan or the US is much less at 10-20%, where the affordability is much higher. What’s more, the taxation on cars in the EU is not different from the tax on other articles too.

“Someone should think that cars should be charged more than the average rate of taxation in the economy. We are, in some way, accepting the fact that a car is a luxury product. They should be taxed more than non-luxury products. This is an old socialist way of thinking about taxation,” he avers.

Bhargava points out that all countries which have grown their manufacturing rapidly and created wealth in their countries have helped in growing their GDP on the basis of automobile industry growth. ‘’Be it Japan, China, Korea or Germany. It is now up to the policy makers to decide what is the right rate,” adds Bhargava.

Bhargava says this happens because the political system is not given the correct information by the bureaucracy. “Some policies are not being done (framed) properly because incorrect advice has been given as there is a lack of understanding of the subject."

Make for India, not cut-and-paste job for India
According to Bhargava, there is a serious need for policy makers to study what is good for the country in the local context rather than doing a “cut-paste” kind of job. “What is happening in Europe or Japan may not be suitable as is. We need to have the ability to modify the best practices of the world to suit the actual Indian environment and its requirements. We do too much of a cut- and-paste kind of job,” he adds.

CY2022 is set to be a record year for the Indian passenger vehicle market with sales of about 3.7-3.8 million, posting two consecutive years of double-digit growth.

Commenting on the current business environment, Bhargava says as far as India is concerned, "we are back to business. We are, perhaps, the only large economy in the world which has reasonably good growth in the economy. No issues of recession. We are back to business like before. The worst of the last two three years is behind us whether Covid or semiconductor shortage."

He adds that while the industry may have to continue to take on the challenges of semiconductor shortages and Covid for some time, the situation is not as grave as it was in the past.

Nevertheless, he points out that even as the Indian economy is growing well at about 7%, next year (2023) may not be the same. “There are too many international events that may have an impact, negative headwinds for us or in the rest of the world."