The EV charging app provider which has over 8,000 charging points says it has added 2,000 charging stations in and around the Bengaluru area in December alone. 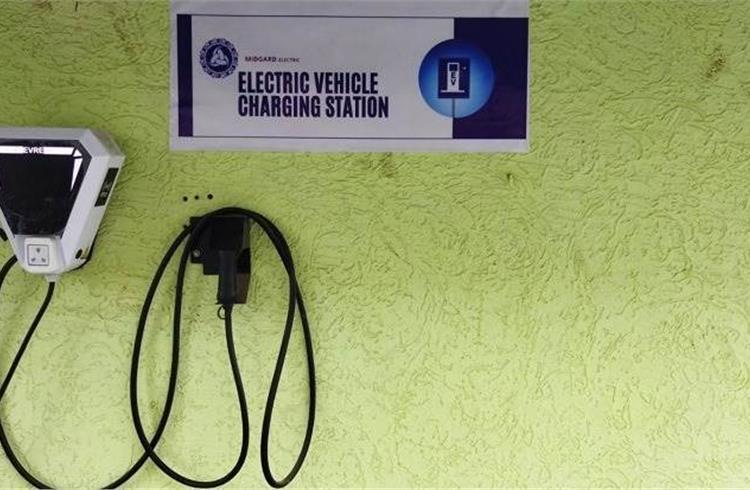 Electric vehicle charging app aggregator ElectricPe which recently raised $5 million plans to utilise the funds for network expansion and to scale up operations. The Bengaluru-based company will add five more South Indian cities to its network over the next 24 months.

“We want to create a holistic full-stack consumer-facing platform and the route to get there is step-by-step network expansion,” said Founder & CEO, Avinash Sharma.

Speaking with Autocar Professional, Sharma, who has now raised over $8 million in the last year said, “Creating a dense charging network is critical to the viability of the EV charging business and scaling up requires a considerable amount of effort even though requests to set up EV charging facilities are coming from across India on the Electric PE app.

Electric Pe which has also tied up with a clutch of EV charging providers says that the revenue from allied services will also grow as its customers are looking at installing charging equipment at their residences, societies and office areas for individual and public use, with the growing demand for EVs both in two-wheelers and the passenger car space.

“There is a great demand for providing charging as a service and this is another area that we plan to explore with various e-commerce players who are looking to set up greater charging bandwidth in their cities of operations,” Sharma said.

The EV charging app provider which has over 8,000 charging points says it has added 2,000 charging stations in and around the Bengaluru area in December alone. Sharma said that the app is seeing a 30 percent increase in a month-on-month traction and has recorded 100 gigawatt hours of energy so far.

Speaking with Autocar Professional, one early-stage investor, Shreyas Shibulal, Chief Executive Officer and Founder of Micelio Fund said that charging electric vehicles and finding charging points on a single app will become the key in the next two to three years. “Electric Pe will emulate the online food or cab-hailing apps where through a single app you can transact across various cities,” he said.

Some other venture funds like Green Frontier Capital and Blume Ventures who have participated in the fund agree that India needs a unique technology solution to create easy and seamless access to a trusted network of charging points or swapping stations all in one space. “The EV sector is growing rapidly and consumers are seeking full-stack solutions, in one place. Having a trusted dense network of charging or swapping points to find, use and pay will not only help increase adoption but also help utilisation of charging infrastructure,” said Arpit Agarwal, Director, Blume Ventures which participated in the current fundraising.