ZF said that it expects market development to remain volatile globally. It expects to achieve group sales of around 36.5 billion euros in 2018. 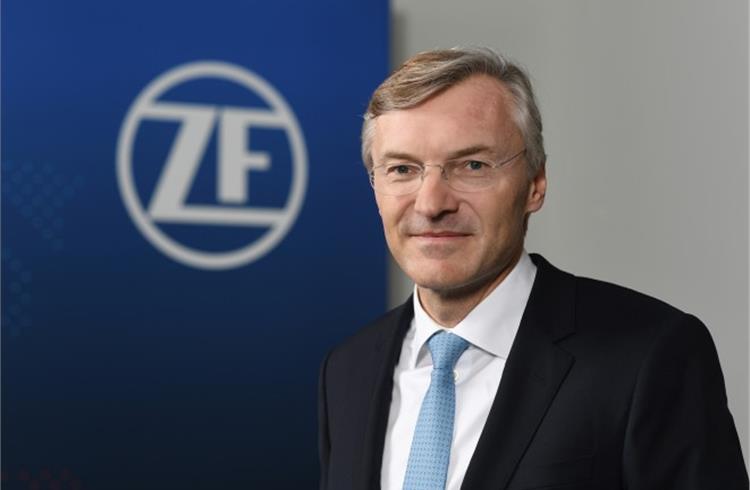 Wolf-Henning Scheider, chief executive officer, ZF, said that the company will further increase its R&D spend and work even faster to produce technologies for the future of mobility. “The world of mobility is spinning at high speed. We plan to provide our customers with pioneering solutions in all fields under our motto ‘See – Think – Act’, which is why we will further increase our research and development spending,” said Scheider.

In 2017, ZF spent 2.2 billion euros (Rs 16,816 crore) on R&D, an increase of almost 15 percent compared to 2016. And in 2018, significantly more than two billion euros is set to be channelled into development work around the world, with the aim of advancing electric drives and the hybridisation of transmission technology as well as vehicle safety systems and automated driving. This means that the share of the budget allocated to R&D will be raised from 6.1 percent to around 6.5 percent this year.

Additionally it also plans to continue investing in property, plant and equipment (2017: 1.4 billion euros or Rs 10,701 crore), including two new plants for the production of electric drive components, which are planned, among other things.

In both Europe and North America, the company sales rose by over three percent, and in the Asia-Pacific region it witnessed organic growth of eight percent reduced to around two percent on the back of the negative currency effect of the Chinese Renminbi. It further states that the economic crisis in South America has, to a large extent, been overcome, which saw sales increase significantly by around 26 percent, coming from a low level.

Productivity and Profits
In 2017, ZF saw an increase in both sales and profit, with its adjusted earnings before interest and taxes (EBIT) increasing from 2.2 billion euros (Rs 16,816 crore) to 2.3 billion euros (Rs 17,581 crore), with the adjusted EBIT margin equal to the previous year (6.4%). The company states both sales and earnings are therefore at the upper end.

Outlook for 2018
ZF said that the market development remains volatile around the world, and taking this into consideration, ZF CEO Scheider perceives organic growth of around five percent for 2018. It expects to conclude the sale of the Body Control Systems Business Unit to Luxshare soon, which will result in a proportional drop in sales. Consequently, ZF expects Group sales of around 36.5 billion euros (Rs 279,006 crore). The company is aiming to achieve an adjusted EBIT of around six percent and an adjusted cash reserve of over one billion euros (Rs 7,644 crore).

Faster innovation
The requirements of the dynamic development in the automotive industry is highly demanding, so ZF’s CEO Wolf-Henning Scheider wishes to further accelerate project-related cooperation within the Group. “We are reinforcing the implementation of cross-divisional teams with a high level of autonomy in decision-making and cooperation,” said Scheider.

“They are better able to adapt to the requirements in the new fields of technology, which are changing so quickly. We work even more closely with our customers for these projects and at an earlier stage so that attractive products can be brought into volume production much more quickly. However, this also means that a project can be abandoned swiftly if the expectations cannot be met. With this approach, a start-up culture can be present in a big group.”