German Tier 1 giant is looking for new customers as it makes aggressive progress in components for electrified vehicles. 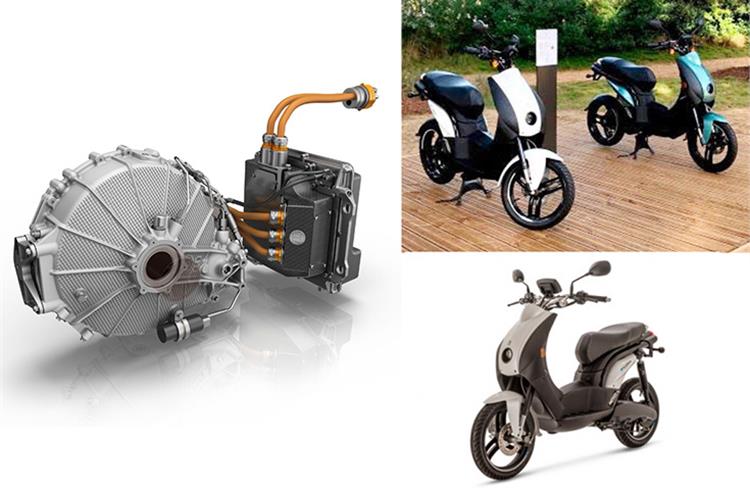 Tier 1 components major ZF Group is looking to diversify to offer full-system solutions for EVs from its traditional business of supplying drivetrain, transmission and chassis parts for ICE vehicles.

The German Tier 1 giant is eyeing the electric two-wheeler space, where it intends to deepen its existing relationship with the Mahindra Group. “I think the two-wheeler segment could pop up to be an interesting sector for Mahindra and ZF to work together in the future,” said Sascha Ricanek, VP, ZF Race Engineering and MD, ZF Racing Race Engineering.

He added that ZF is keen to foray into electric two-wheeler segment and “when we talk about last mile, two-wheelers are the fundamental part of the last-mile concept, especially in India”.

The company is already developing e-motors, controllers, invertor and single-stage transmissions, like the one it has supplied to Mahindra Racing for its M7Electro race car’s integrated drivetrain.

While electric scooters under the Mahindra brand could still be a distant reality in the domestic market, the company had despatched a consignment of made-in-India Peugeot E-Ludix two-wheelers from the Mahindra Two-Wheeler plant in Indore to PMTC in France in September 2019.

PMTC is one of the oldest two-wheeler manufacturers in the world and has been a key player in Europe for over 120 years. E-mobility, which is transforming the European landscape huge scope for PMTC to overhaul its product portfolio and offer electric two-wheelers for the market.

It could be surmised that ZF could eye supplying its electric drivetrain components on the E-Ludix, as well as Mahindra genZe, both for international as well as Indian market. However, it remains to be seen when Mahindra’s electric two-wheeler plans will take shape at its home turf.

As for ZF, “We already have e-motors for scooters ready, and would like to get into the same for motorcycles now,” Ricanek signed off.