Will Guenter Butschek stay on at Tata Motors?

Top sources say Tata Motors is keen to maintain some sense of stability and a continuity of leadership. 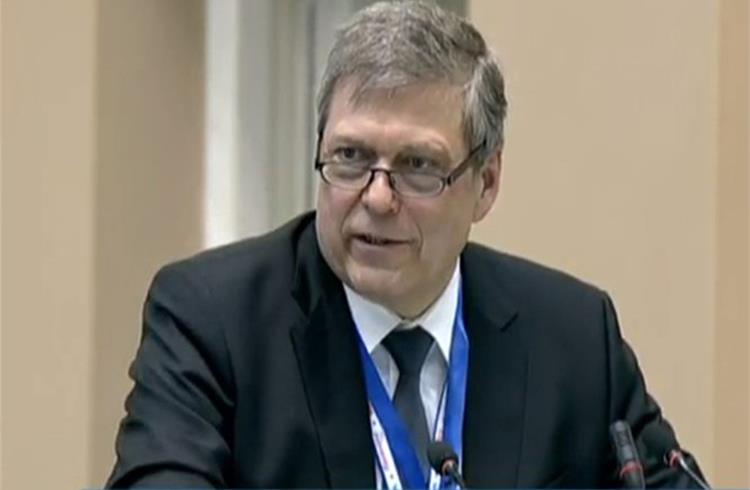 With barely a fortnight to go before Guenter Butschek wraps up this term as MD & CEO of Tata Motors, it remains to be seen if an extension is on the anvil.

This becomes especially relevant when a replacement has not been identified yet for the top job. Tata Motors had earlier announced that former head of BharatBenz, Marc Llistosella was coming on board but the offer fell through subsequently.

Top sources say Tata Motors is keen to maintain some sense of stability and a continuity of leadership at a time the market has been rocked by volatility and uncertainty due to the pandemic “It looks as if Butschek will be asked to stay back by a year to ensure that the boat does not rock. His acceptance of course will be critical,” they add.

Butschek’s contract gets over on June 30 and the ball is finally in his court whether he wants to continue or not. The value he brings to the organisation is his five-year familiarity with the people and systems. His continuation is especially important at a time when the company has also been going through its share of senior management upheavals in recent times with the most recent being Pratap Bose as Head of Design. What is even more intriguing, though, was the way Llistosella’s offer fell through abruptly especially after all the noise it had first generated when is appointment was announced.

“Llistosella’s successful tenure at BharatBenz was constantly talked about and there were people who thought that his aggressive attitude would effect a radical change at Tata Motors’ commercial vehicle business,” said a top executive. The other side of the coin was that people within the company were “quite apprehensive” about his coming since his reputation at BharatBenz preceded him.

“The fact that he was tough and uncompromising made some of them quite jittery,” adds the executive. To that extent, this lot would have been “supremely relieved” that he was not going to take over as MD. What then prompted Tata Motors and Llistosella to call off the offer?

Reports doing the rounds suggest that the core of the problem boiled down to compensation. “It appears that after the terms were agreed upon, Llistosella is alleged to have asked for more compensation,” said an industry source.

Apparently, this did not go down well with the Tata Motors board and there is speculation that as a result, the company withdrew its offer to Llistosella. Newspaper reports suggest that he was compensated for this move even while there was no official confirmation on this development.

Tata Motors will now need to get started once again on looking out for an MD and this is where it makes sense to ask Butschek to consider extending his tenure. He is currently in Germany and given the Covid-19 travel restrictions and lockdowns is unlikely to return to India before June 30 when his contract officially expires.

Yet, the fact remains that these are abnormal circumstances where Covid-19 has made a ferocious comeback and the continuous spate of lockdowns means that automakers have their backs to the wall. It is only lately that some states have begun to unlock operations though the supply chain situation is still fragile.

Tata Motors will be particularly concerned about its bread-and-butter commercial vehicle business given that the segment has been facing fierce headwinds in recent months. Passenger car sales have been improving but there is no telling what the short-term has in store given the lockdowns and the consequent disruptions in the supply chain.

The company has planned to spin off its car business as a joint venture but this could also be a challenge given the present circumstances of the pandemic and its impact on the economy.

In this state of flux and uncertainty, it is best that Butschek stay on at the helm of Tata Motors to keep things at an even keel. Whether this eventually happens is the million dollar question.