The new plant will start with the launch of solutions for two-wheelers. 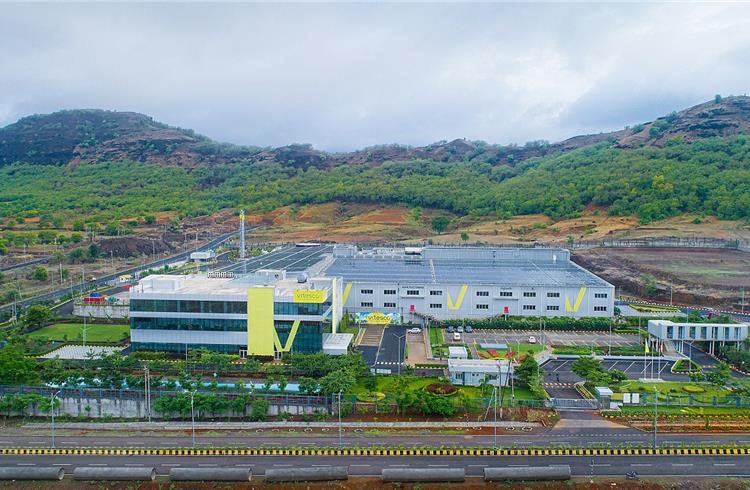 Vitesco Technologies, a manufacturer of modern drive technologies and electrification solutions, on Friday inaugurated a plant at Talegaon, Pune.

The new facility is spread across 20 acres and contains more than 17.580 square metres of manufacturing space, including over 900 employees. The first series of productions will be for the two-wheeler market, followed by various Powertrain Solutions products that include engine management systems, sensors, and actuators, as well as exhaust management components for passenger cars and commercial vehicles. The company will concentrate its efforts at this facility on the growing demand for highly efficient, low-emission technologies for internal combustion engines, as well as electrified and all-electric drive systems.

“Building this factory was a major milestone for Vitesco Technologies, allowing us to provide better value to our clients in the Indian market”, said Klaus Hau at the inauguration event. He added that India plays a central part in the company’s global growth strategy.

Like all Vitesco Technologies facilities, the state-of-the-art plant in Pune meets its grid demand entirely through renewable energy sources. In addition, the site generates sustainable electricity.

All new photovoltaic systems have been installed, generating 03 GWh of solar energy. The present installed capacity is 2.6 MW, with the company aiming to raise it to 3.6 MW by the end of the year. With over 25 cobots and robots installed on the production lines and shopfloor, the facility is also strongly pursuing automation, digitization, and Industry 4.0.

Anurag Garg, Managing Director & Country Head of Vitesco Technologies India said: “Our mission is to develop highly efficient, low-emission technologies for both ICE and electrification technologies for all types of vehicles in India. For this, we have built a futuristic plant, one that is intelligent, sustainable, and predictive. Several creative projects have been completed at this facility. These projects on digitization, automation, and sustainability across our manufacturing network have helped us to shape the Plant of the Future”.

He further added, “Due to the growing carbon footprint, we also considered the climate change while building this facility. I am delighted to say that the facility in Pune is operating at a carbon-neutral level and has fully established itself as a driver of sustainability”.

The future plant vision of Vitesco Technologies aims to address technological, geopolitical, sociological, and climatic change concerns that affect not just the automobile industry but also society. The company intends to actively drive the country's manufacturing and supply chain management transformation, it said in a press release.