Truckers in talks with customers to increase freight rates

Duties and levies roughly form about 50 percent of the total retail fuel price, which is a major source of revenues for both State and Central governments 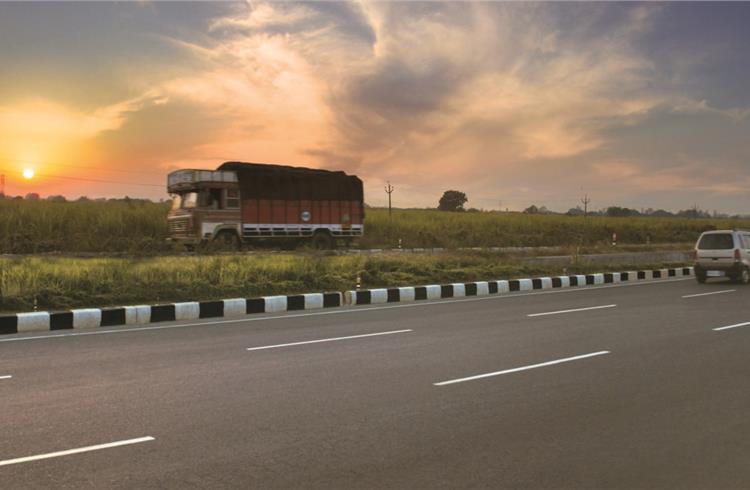 With the government increasing prices of petrol and diesel at fuel bunks, truckers and fleet operators are concerned about the viability of their operations and have begun to contact their customers to negotiate higher freight charges.

Pradeep Singal, President, All India Transport Welfare Association (AITWA) told Autocar Professional that every paise  increase in diesel costs impacts freight rates as fuel account for about 55 percent of freight operators’ total costs.  A few years ago diesel costs formed about 30 percent of total input costs for an operator. The fleet operators are now trying to cope with a situation in which further hikes are likely, and hence trying to negotiate the rates with their customers. Singal said he did not know how much of it will get passed on. The AITWA currently represents nearly 65 percent  of the country’s organized  road transport business. . In 2021, freight costs rose by approximately 25 percent due to rising diesel prices.

The hike in retail  price increase comes  after four months of no hike even though crude prices jumped by upward of 40 percent since the war in Ukraine broke out nearly four weeks ago. The revised retail price of petrol in Mumbai on Wednesday  was Rs  111.67 while diesel retailed at about Rs 96 a litre. Similarly, in Delhi a  litre of petrol and diesel cost  Rs 97.01 and  Rs 88.27 respectively.

In fact, the Centre’s move  on November 4, 2021  to cut Rs 5 a litre in excise duty for petrol and Rs 10 for diesel brought some relief motorists and other users of the fuel.  Duties and levies roughly form about 50 percent of the total retail fuel price, which is a major source of revenues for both State and Central governments

With elections now over, industry observers say the government will have no other choice but to keep increasing the retail prices incrementally in the coming weeks and months. This will add to existing inflationary pressures. Even as the increase in fuel price remains  certain, the question now facing the government is to gauge the extent to which  it can be hiked. The marginal hike in fuel prices means that oil marketing companies will have to bear the brunt, and see their margins further erode. OMCs reaped a bonanza when prices were in the region of $ 30 a barrel. At that time, OMCs were given a free hand by the government to keep increasing  the retail fuel prices, even when the international crude prices were at its record lows.

The hike in fuel prices is only going to make things worse for the common man already struggling with higher prices and job losses. Two-wheeler sales, particularly for entry-level products have seen a decline thanks to costly fuel, among other factors. Even as the country’s commercial vehicle sector shows some signs of recovery, the high fuel prices will only be a dampener of sorts.

Higher fuel prices will also affect a recovering Indian economy. Combined with a chips shortage, the scenario doesn’t look very rosy. Buying sentiments in rural India, already affected by the impact of the pandemic have not yet fully recovered. Moody’s has lowered India’s growth forecast to 9.1 percent from 9.5 earlier.