Domestic market sales in the January to December 2018 period grow by around 9 percent year on year. 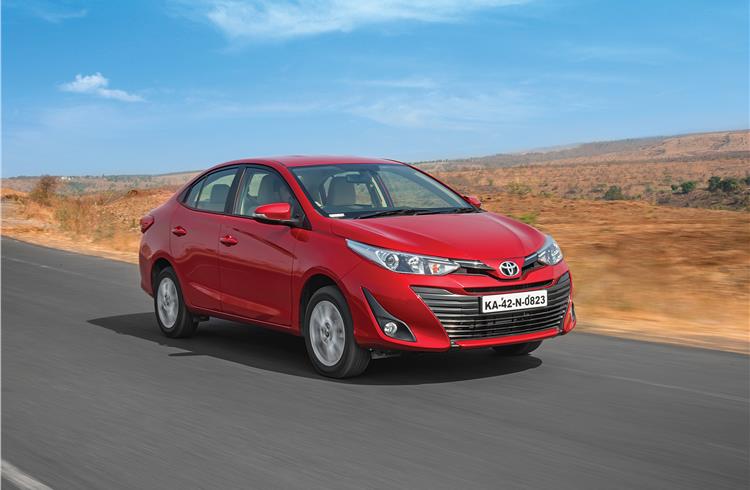 Commenting on the monthly sales,  N Raja, deputy managing director, Toyota Kirloskar Motor, said, “We are happy to close the year end with a series of positive milestones despite the dampening effect on consumer sentiment owing to hike in fuel prices, higher interest rates, increase in insurance premium."

"We have been able to record the highest ever IMV Sales  (Innova + Fortuner) this year. The buying sentiment had seen a slowdown in the last few months owing to adverse effects of macroeconomic factors, yet the industry hit back with a steady growth in sales.  Toyota Kirloskar Motor' domestic sales in the January to December 2018 period have grown by around 9 percent compared to the same period in 2017.  We have tried and maintained lean inventory at our dealerships. The Toyota Yaris sedan launched this year has been an important contributor to the positive annual sales growth. Additionally, other products like Etios Liva have also sustained the positive sales momentum," he added.

Price increase from January 1
Toyota Kirloskar Motor is going to increase the prices of its products by up to 4 percent effective from January 01, 2019. The company, which had announced this in early November, considered the price hike after periodically reviewing the continuous pressure of increasing manufacturing costs, which is also a general industry phenomenon.

Toyota said that there has been an impact in the cost of manufacturing of vehicle primarily due to rupee depreciation. It has been absorbing the additional costs all this while, protecting the customers from price increase. However, due to the continued pressure of high costs, it is passing on a part of to customers.

Toyota Kirloskar Motor currently has 6,500 employees in India. It has a total installed production capacity of 310,000 units a year.