Tata Punch to punch above its weight, tasked with growing UV share to 10%

Tata Motors, which is riding a wave of demand for its UVs and has a 6% share, expects the new Punch to deliver the goods by end-FY2022. 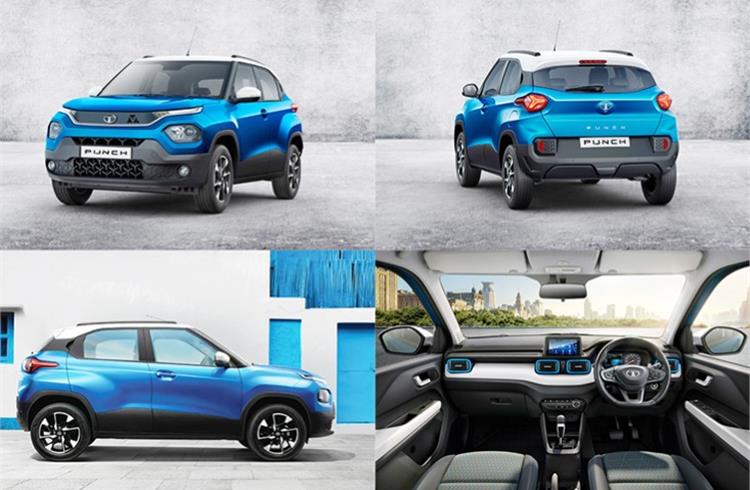 ​Tata Motors has identified a white space with the new Punch – the addressable 1-million-strong market in vehicles below four metres long, including hatchbacks and other entry-level tall-boy cars. 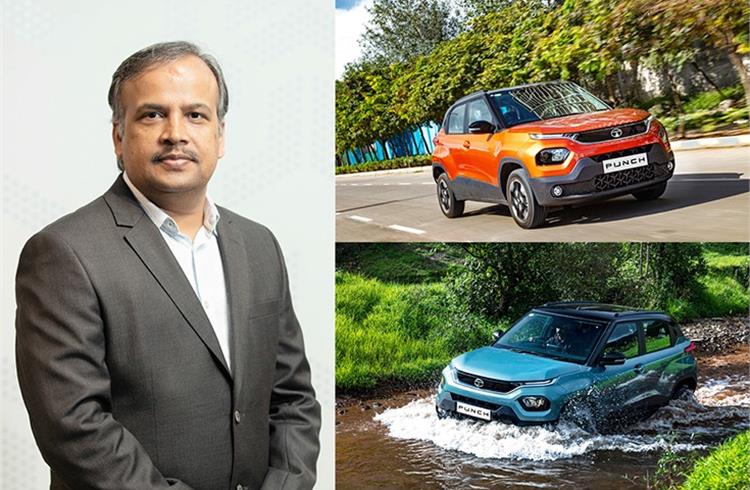 Anand Kulkarni: “The Punch should help us do better numbers overall – we aim to hit about 10 percent UV market share by the end of this fiscal.”

The gloves are off. Tata Motors is looking to outpunch the utility vehicle (UV) competition in the Indian market. And the vehicle to throw the punch is the new Tata Punch sub-compact crossover, which was officially revealed today.

The latest Tata in town gets SUV cues such as a butch design, 187mm unladen ground clearance, and 16-inch alloy wheels – all in a rather compact footprint, with an idea to be positioned below the bigger, sub-four-metre Nexon sibling. It will rival the Maruti Suzuki Ignis, and Nissan Magnite as well as the Renault Kiger.

Having rolled out the new Punch, Tata has expanded its UV portfolio to four models along with the Nexon, Harrier and Safari. There’s a lot riding on the Punch and it is tasked with the responsibility to punch above its weight. Tata Motors currently has a 6% UV market share (April-August 2021) – the Punch is expected to further up the SUV ante and strengthen the company’s foothold in what is the fastest-growing segment in the passenger vehicle (PV) segment.

Speaking to Autocar Professional today, Anand Kulkarni, VP, Product Line Head, ALFA architecture and passenger EVs, Tata Motors, said: “The addressable market with the Punch is going to be the category of vehicles which are below four metres in length, including hatchbacks and other entry-level tall-boy cars. In numbers, the addressable market size is in excess of a million cars.” 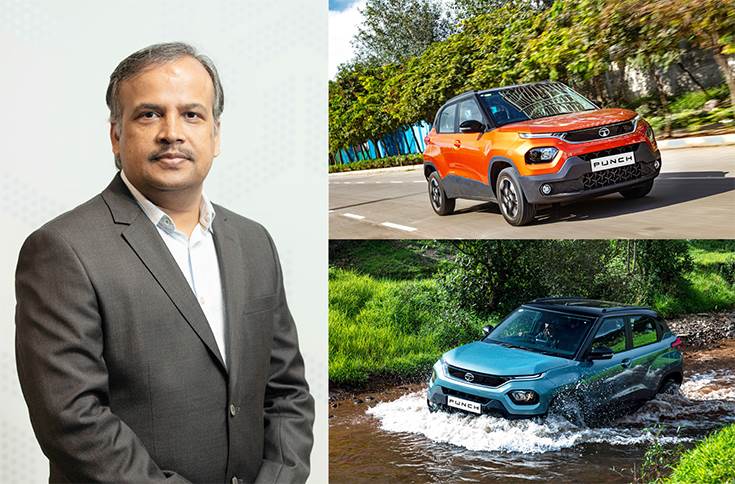 “The Punch should help us do better numbers overall – we aim to hit about 10 percent UV market share by the end of this fiscal,” Kulkarni added. And there are strong tailwinds for Tata to take it there.

In September 2021, Tata Motors bucked the overall industry trend and registered a notable 21 percent year-on-year growth in wholesales of 25,730 units. This is despite being hammered down by the global semiconductor shortage, which is “a pressure cooker-like situation where everybody is constantly trying to secure production and things are very dynamic, evolving every couple of hours,” according to Kulkarni.

Pricing Punch properly
Pricing vehicles in an ultra-competitive segment like UVs is a black art – get it right and the model zooms to the top of the UV chart. But if you don’t have your finger on the pulse of the value-conscious UV buyer, then poor sales are like a punch in the solar plexus.

With the Tata Tiago starting at a price point of Rs 499,000, the Altroz hatchback at Rs 584,000 and the game-changing Nexon crossover going at Rs 728,000 (all ex-showroom), Tata Motors has its task cut out to price the Punch aggressively to position it well. The Punch’s pricing will be announced on October 20.

“The Punch cannot be a niche product. It has to be a mass-adopted vehicle and help Tata Motors achieve volumes. And, there also has to be an optimal mix of profitability (built into the product) as well as volumes for every product,” says Kulkarni.

“The ability to manage costs starts early in the development programme. It’s all about making the right choices and not starting from scratch for every component,” he adds, while also providing a clue to how Tata is optimising costs.

High on localisation
The Punch is based on Tata Motors’ ALFA (Agile Light Flexible Advanced) platform, which also underpins the premium Altroz hatchback. Therefore, being the second product on this modular platform, “there automatically is a volume benefit to the Punch”.

The sub-compact crossover bears a top-level (gross) localisation of about 90-92 percent, including the sheet metal, BIW with 40 percent high-tensile steel, underpinnings, suspension, AC and transmission components being all locally sourced. What is still getting imported though, are things like proximity sensors for the RPAS, as well as the scroll mechanism of the AC’s compressor.

The Magneti-Marelli-sourced five-speed AMT is completely localised too and has been calibrated as per the driving characteristics of an SUV. Tata Motors has also brought in some innovations, including an altitude map for better drivetrain response, as well as a ‘TractionPro’ mode to enable the crossover to clear slightly muddy situations with relative ease.

Punch-ing into a white space
With a compelling proposition in an SUV form factor, will the Punch eat into the sales of the Altroz? Kulkarni though begs to differ. He says, “Each of the cars has a unique spot and a very unique differentiated value to offer the customer. Moreover, there are very few options in the sub-compact SUV space in India and this white space was identified by Tata Motors, which could provide a smaller-format SUV to the customer,” he added.

“This long-standing product vacuum that existed in the Indian market is what the Tata Punch tries to fill,” Kulkarni signs off on a strongly optimistic note.

The Korean duo of Hyundai-Kia tops the chart in India when it comes to UV market share – pegged at 34% in April-August 2021, followed by Maruti Suzuki India at 22% percent, and Mahindra & Mahindra at 14%. Will the Punch put the competition on the ropes? Watch this space. . .