While the all-electric Sierra SUV will go on sale by 2025, the Curvv SUV-coupe will be introduced in the market next year. 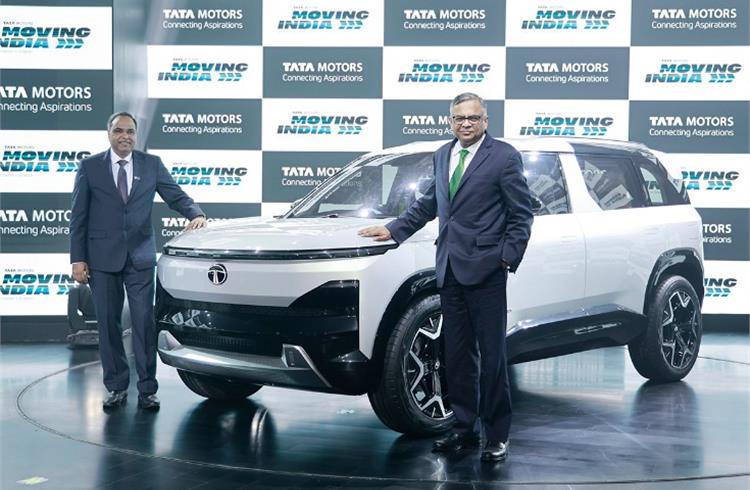 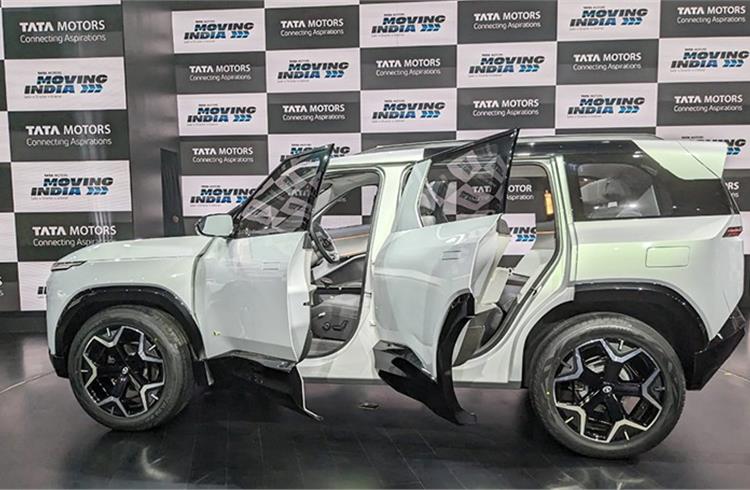 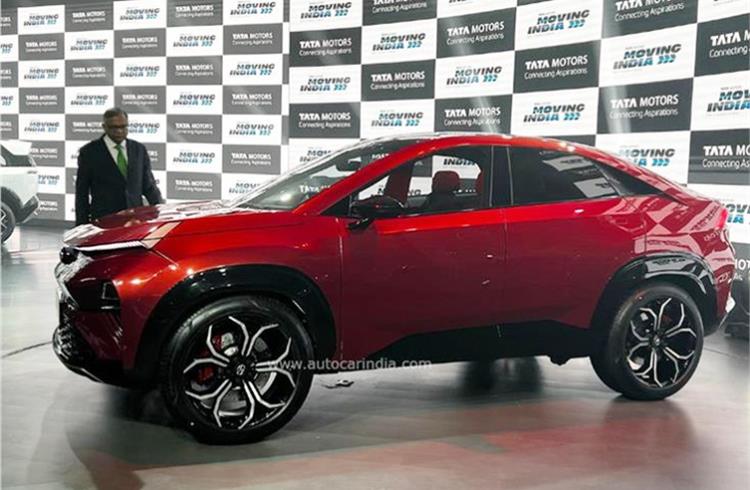 One of the star attractions for Tata Motors at Auto Expo 2023 is the Curvv SUV coupe. 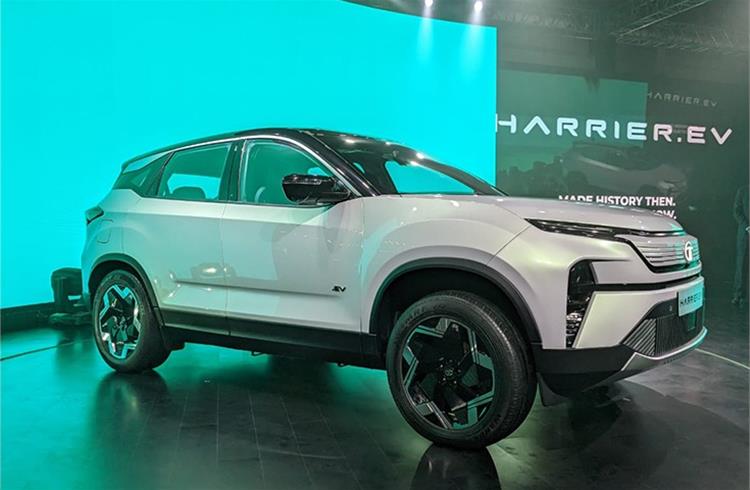 The Harrier EV concept has been unveiled in a close-to-production guise and will go on sale in the market in 2024.

In what was arguably the biggest surprise at the Auto Expo 2023, Tata Motors unveiled as many as four concepts – the Curvv ICE concept, the Avinya concept, the Harrier EV concept and the Sierra EV concept – at the motor show.

The Tata Sierra EV SUV concept, which looks near-production ready, is essentially an enhanced version of the Sierra EV concept displayed at Auto Expo 2020. It is slated to go on sale by 2025 and will be slotted above the Safari in the model line-up.

While the overall design of the Sierra EV SUV concept heavily resembles the Sierra EV that was shown earlier, a close look reveals a few key differences. First up, the Sierra SUV concept at Auto Expo 2023 has a proper five-door body shell with four conventionally opening doors like a standard SUV, along with a tailgate as opposed to a single suicide rear door on the EV, which essentially had an unconventional four-door body. Moreover, the dual-tone wheel and tyre package on the SUV looks more production-spec than the one shown in the concept.

Up front, the bonnet is much more upright and flatter and there is a new faux grille and a chunky bumper. The headlamps are connected with a chrome strip. Tata Motors has maintained the original Sierra’s identity by having blacked-out C- and D-pillars, which makes the SUV look like it has a large glasshouse. 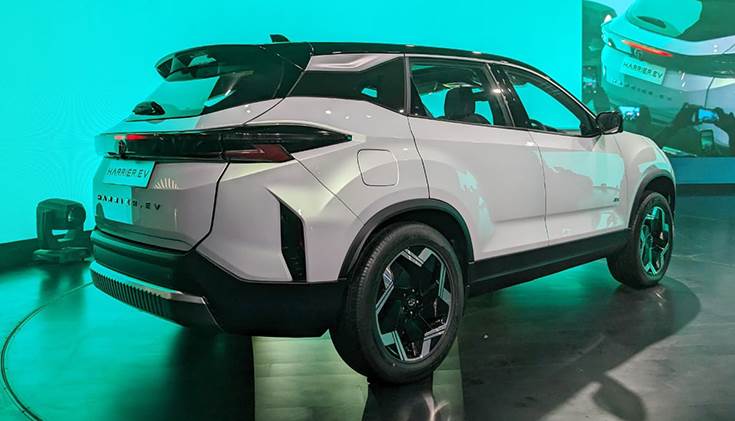 The Harrier EV concept has been unveiled in a close-to-production guise and will go on sale in the market in 2024. It carries over the Land Rover-derived Omega architecture used by the ICE-powered Harrier, and combines that with Tata’s Gen 2 EV architecture. Essentially, while the Harrier EV is still based on an ICE platform, it's heavily re-engineered for electrification. It will see modifications to the fuel tank area, have a flat floor on the inside, will be made lighter and also more energy efficient.

Although Tata did not reveal exact battery capacity or electric motor specifications, the company did mention that it will come with a dual-motor all-wheel drive set-up. The Harrier EV will also feature vehicle-to-load (V2L) and vehicle-to-vehicle (V2V) charging capacities. V2L essentially means that the car can be used to power other external devices, while V2V means the car can charge other electric vehicles.

The Harrier EV can be expected to have a battery capacity of around 60kWh, and return a real-world range of around 400-500km. 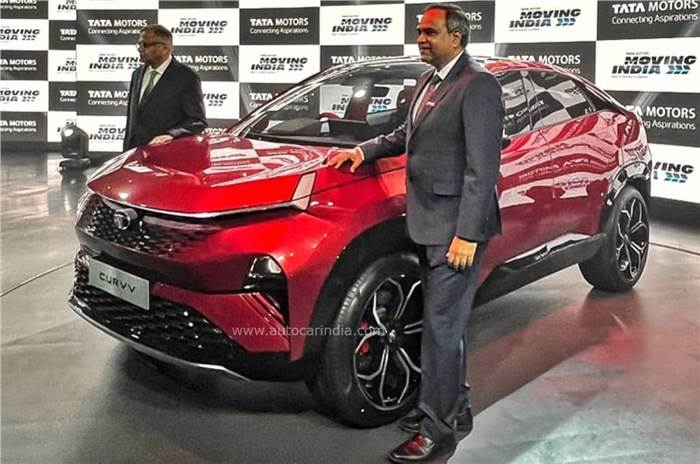 One of the star attractions for Tata Motors at the ongoing Auto Expo 2023 is the Tata Curvv SUV coupe. Showcased as a close-to-production vehicle, the Curvv will go on sale next year. The company had shown the Curvv SUV-coupe concept earlier with an EV powertrain, but the one displayed at the Auto Expo, is expected to come with a turbo-petrol powertrain.

The Curvv concept gets sharp styling with striking, minimalist, yet futuristic cues called ‘New Digital design language’ by Tata, which will be seen in the brand’s future SUV line-up.

Its sloping roofline neatly integrates into the Curvv’s notchback-styled boot, and a strong shoulder line, squared-off wheel arches and body cladding add to the SUV’s ruggedness. On the inside, it gets a three-layer dashboard, multiple screens and some angular design elements. For the petrol versions, the SUV will get slightly different switch gear compared to the EV iteration.

While the powertrain details for the Curvv petrol are not out yet, the electric iteration of the Curvv SUV will use the new Generation 2 EV architecture, which has been designed to accommodate multiple bodystyles and powertrain options.