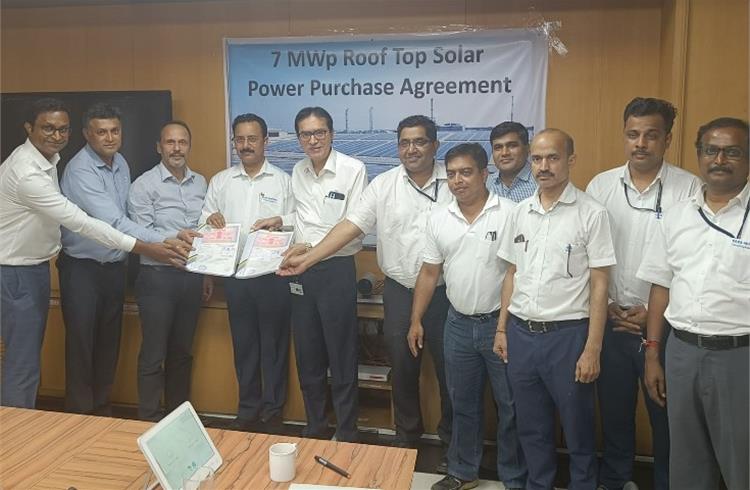 Tata Power and Tata Motors have joined hands for the development of a 7 MWp solar rooftop project at Tata Motors’ Passenger Vehicle Plant in Chikhali, Pune. This is the third phase of a joint 17 MWp on-site solar project developed by the two companies, of which a 10 MWp has been installed earlier.

Tata Motors and Tata Power recently inked a Power Purchase Agreement (PPA) for this solar project. A significant step towards building a resilient and sustainable future, the installation is collectively expected to generate 23 million units of electricity, mitigating 523,000 tonnes of carbon dioxide. This will be equivalent to planting 8.36 lakh trees over a lifetime.

Rajesh Khatri, Vice President, Operations, Tata Motors Passenger Vehicle said, “With fresh agreement to install an additional Roof Top solar plant of 7 MWp in our Pune plant in association with Tata Power, we will move closer to our goal of 100 percent Renewable Energy. Post commissioning of this capacity, we will become the largest onsite solar installation in India.”