Fifteen months after Tata Motors launched the fleet-only Xpres brand with a single product, the move is paying dividends; in the past nine months, the company has received 23,000 orders from five fleet operators. 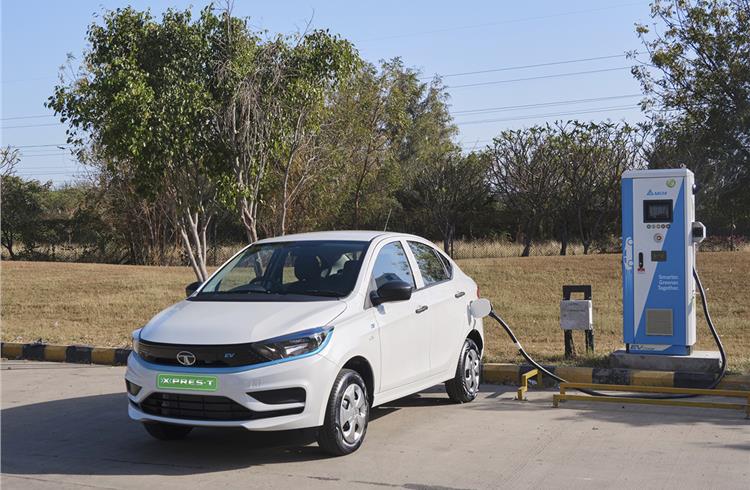 Tata Motors, which is the electric passenger vehicle market leader in India and currently has an EV portfolio of four models – Nexon EV, Tigor RV, Xpres-T (fleet only) and the Tiago EV – has clocked bookings of over 23,000 XPres-T electric sedans since April this year.

The carmaker had launched the Xpres brand exclusively for fleet customers with the Xpres-T EV being the first vehicle under this brand, in July 2021. Clearly, the move has paid off handsomely given that in the past nine months, the company has secured orders for over 23,000 units.

An email sent to Tata Motors to find out as to how many of the 23,000 Xpres-Ts have been delivered since April remained unanswered till the time of this news getting published.

Bulk orders to keep Tata EV ecosystem busy
It's been a busy year for Tata Motors' passenger vehicle division, which continues to witness strong demand for its model range. From the EV perspective, along with the sustained demand for the Nexon EV, India's best-selling ePV and the Tigor EV, the bulk orders for the fleet-only XPres-T will keep the company's manufacturing operations humming through 2023 and beyond. 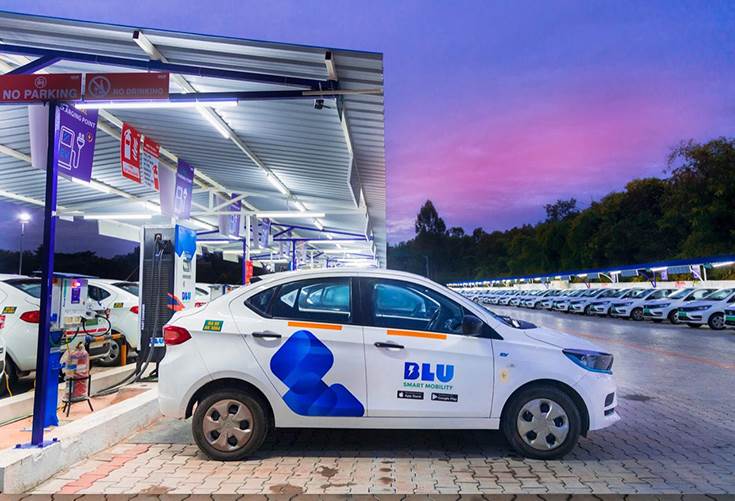 The most recent supply order for the XPres-T came on December 14 from shared mobility operator Everest Fleet for 5,000 units of the zero-emission seda. Everest Fleet is looking to enhance its green quotient with a shift to electric mobility from its entire CNG-powered cars.

In April, Tata Motors inked a deal with Lithium Urban Technologies for 5,000 units. On World Environment Day (June 6) this year, Tata Motors signed an agreement with urban electric mobility solutions provider BluSmart Electric Mobility for supply of 10,000 XPres-T EVs. This is the biggest ever EV fleet order in India and an addition to the 3,500 XPres-Ts BluSmart had ordered in October 2021.

This big order was followed by 1,000 e-sedans for the Kolkata market with EC Wheels India on July 25. And, on October 19, Tata signed a supply agreement with Evera, the EV-only ride hailing platform in the Delhi-NCR region, for delivery of 2,000 XPres-Ts.

Do the math – it works out to supply-order bookings for 23,000 Tata XPres T sedans over the past nine months.

Market advantage in XPres-T EV
Tata Motors, which has an over 80% share of the ePV market and has benefited from the first-mover advantage with multiple products, also has a winner in the XPres-T, considering that there are no other electric sedan rivals in India at present.

As per the company, the XPres-T packs a high energy density battery of 21.5 kWh and 16.5 kWh and can be charged from 0- 80% in 90 minutes and 110 minutes respectively, using fast charging or can also be normally charged from any 15 A plug point. Other product highlights include single-speed automatic transmission, dual airbags, and ABS with EBD as standard across variants.

While the Nexon EV remains the best-selling ePV in India, the Tigor EV gets its fair share too of customers. However, the rush of orders for the XPres-T is what will keep the assembly lines busy in the coming months and year. With most of the upcoming ePV competition being in the SUV segment, the near-term as well as long-term market scenario for the XPres-T is looking good.

ALSO READ:
Tata Motors to double its EV production to 10,000 units a month