The BS VI-ready Access 125 gets a total of 5 variants consisting of standard trims and special editions. 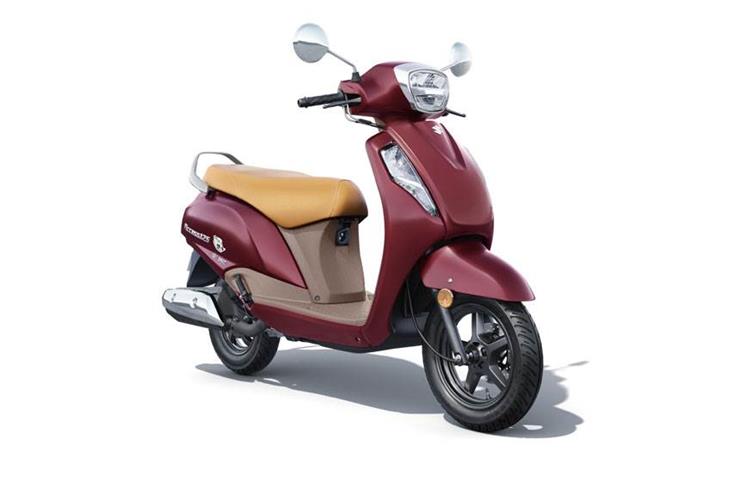 Suzuki Motorcycle India has just launched the BS VI-compliant version of the Access 125 scooter, with prices that start from Rs 64,800 for the Drum CBS and go up to Rs 69,500 for the Disc CBS Special Edition. In the transition to stricter BS VI emission norms, the scooter has switched its fuelling system from a carburettor to fuel injection.

In terms of output, the upgraded Access 125 will produce 8.7hp at 6,750rpm and 10Nm of torque at 5,500rpm. The power output remains unchanged as compared to the BS IV engines. However, torque figures have dropped (albeit marginally) by 0.2Nm.

Suzuki has also used this opportunity to add some features to the Access 125, like external fuel filling and an LED headlight, along with an Eco light on the speedometer (though this is not available on the base Drum CBS version). Suzuki has also said that the digital screen now displays a voltage meter that indicates the battery health.

The BS VI-compliant Access 125 competes with the recently launched BS VI versions of the Yamaha Fascino 125 and Honda Activa 125. The updated Yamaha Fascino 125 is priced at Rs 66,430 for drum variant and Rs 68,930 for disc variant while the Honda Activa 125 is priced from Rs 67,490 for the drum variant and Rs 74,490 for the disc variant – which makes the three standard-spec Access 125s cheaper than both scooters.

However, it's worth mentioning that the top-spec Special Edition models push the Access' price range higher than the Fascino's.