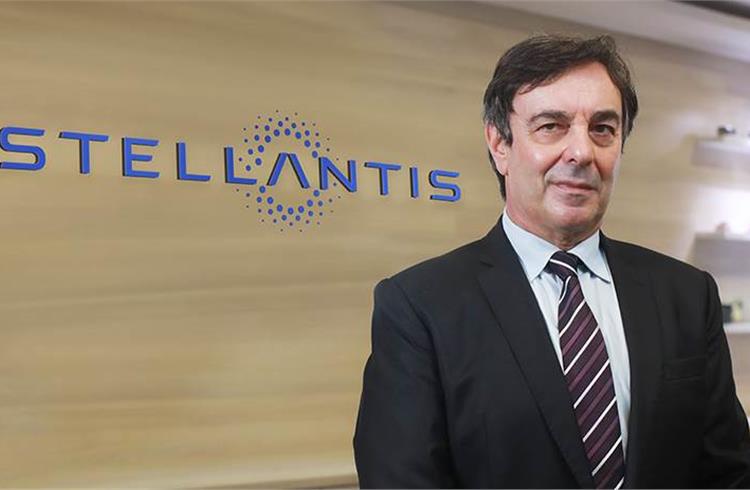 The CEO and MD of Stellantis India, Roland Bouchara, candidly lists the key learnings that the French carmaker Citroen, under the Stellantis umbrella, has learnt from other European OEMs in India, as the company gears up to launch its first mass-market model – the Citroen C3 – on July 20.

The Indian passenger car market, whilst having immense potential and opportunities as being the fourth-largest car market in the world in 2021, can also be rather tough and unforgiving. “Out of all the OEMs in India, only four or five are profitable while others have been losing money for many years. Therefore, growing without being profitable is unsustainable,” Bouchara was quick to acknowledge in his interview with Autocar Professional.

He is keen to steer Citroen’s India operations with consistent growth and profitability to be able to keep the investment cycle going. “Profitability will ensure our ability to invest into new technology, new product lifecycle management and new products as well,” he said.

“The right level of localisation is extremely important to stay competitive in India,” he remarked at the outset. In this regard, the C3, which is built on the Stellantis Group’s compact modular platform (CMP) will have an over 95 percent gross localisation.

There are trials of components being sourced from companies like TVS Girling, Tata Toyo, Exide and SEG, and according to Citroen, its local supplier base in India has matured enough, and most vendors are now located within a 50km radius of its two manufacturing facilities – one each in Hosur and  the other in Thiruvallur, Tamil Nadu.

Bouchara further shared his observations and said that one needs to be able to have a robust and consistent product portfolio, and that there cannot be a sinusoidal curve of ups and downs. “It’s not good for the customers and the dealers either,” he said.

Therefore, new models must be launched at regular intervals, and one has to be consistent in the product lifecycle management, which would only come on the back of deep localisation and having a strong local footprint in the market.

With the arrival of the C3, Citroen has also announced plans of introducing the hatchback’s all-electric version next year. “A strong local base augurs well to adapt to market quickly and it has been a good team work with our suppliers to mitigate the ongoing supply chain issues.”

“One also needs to be flexible, competitive and offer a fresh product portfolio with new technology. OEMs need to be closer to their customers, and listen to their demands and feedback,” he added.

Citing Citroen’s example, Bouchara said, “The C-Cubed programme has been developed in India by Indians. We spent a lot of time with potential customers before starting the development of the C3. Copy-pasting things seldom work in India and therefore, Citroen’s approach has been to develop new models based on a localised new platform in India.”

While the French carmaker refrained from revealing any targets it has set in terms of gaining market share with the new model that is being positioned as a B-segment hatchback rather than a mini or compact SUV, “we want to become a key player in the mainstream, sub-four-metre segment that forms 70 percent of the market in India”, he signed off.

Though the company is aligning its marketing efforts to reflect the car’s attributes of having been conceptualised as a hatchback, the C3 will face competition from sub-compact and compact SUVs, which include offerings such as Nissan Magnite, Tata Punch and Renault Kiger as well. Much, however, will depend upon its pricing when it’s launched in a few weeks from now.