The Tier 1 supplier has earmarked Rs 900-1,000 crore capex over the next three years to meet its order book which currently stands at around Rs 20,500 crore. 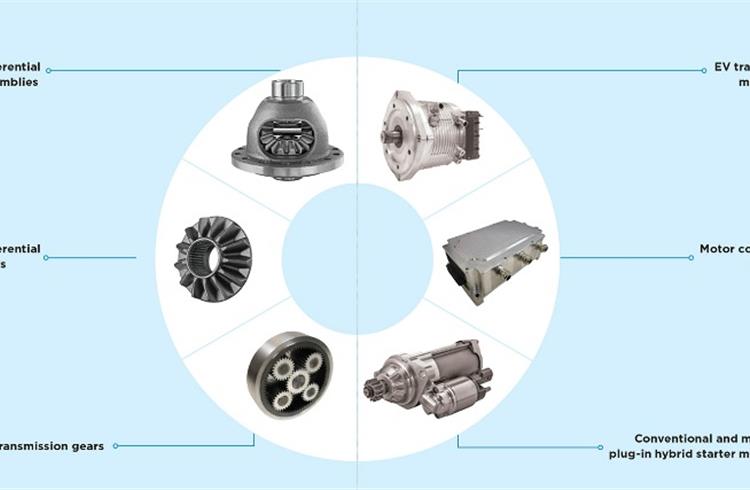 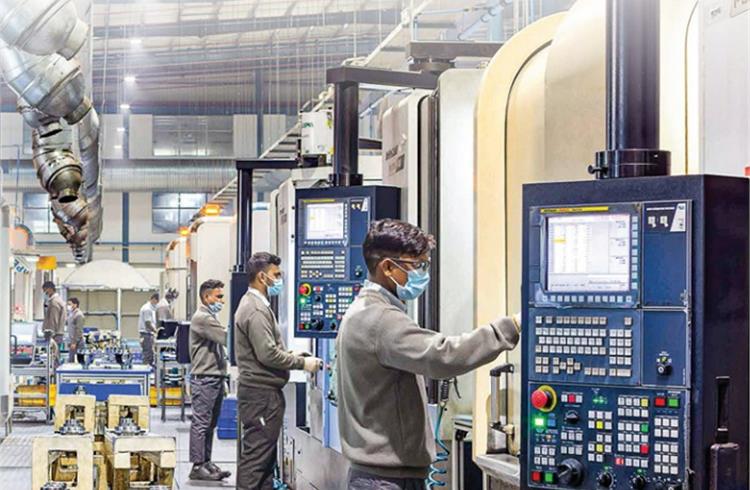 About 80 percent of the Rs 1,000 crore capex will be for the driveline business while the rest will be deployed for other operations, leading to ramp up in production by FY2024.

Gurugram-based Tier 1 supplier Sona Comstar has developed and commercialised net-formed spiral bevel gears which, it claims, makes the company among the few players globally to have managed to develop this technology.

The new product, company management stated, has been made using lesser steel and therefore offers a more favorable grain structure than its machined counterpart, thereby helping in reducing the total cost. Traditionally, spiral bevel gears, which are used in vehicle differentials, are made by cutting the gear teeth, it added.

Vivek Vikram Singh, MD and Group CEO, Sona Comstar said: "In Q2 FY2023, we developed and commercialised net-formed spiral bevel gears, perhaps for the first time in the world." The company will be supplying the product to a global OEM of farm equipment, Singh added, emphasising that it took around a decade for the company to successfully develop and launch it. "It opens a new market and a new revenue stream for us," he continued.

Sona Comstar is primarily engaged in designing, manufacturing and supplying highly engineered, mission critical automotive systems and components to automotive OEMs in precision forging, mechanical and electrical systems, as well as base and application software development.

Readying to cater to orders worth Rs 20,500 crore
The company’s top management, during a recent post result conference call, informed that it plans to make around Rs 900-1,000 crore worth capex over the next three years to take care of its existing order book which currently stands at Rs 20,500 crore. Based on a rough estimate, about 80 percent of capex will go in for the driveline business while the remaining will be deployed for the rest of the company's business, leading to ramp up in production by FY2024.

"We continue to progress on our key strategic priorities. Our net order book remains strong at Rs. 20,500 crore, of which EVs now contribute more than two-thirds. We continue to direct our R&D efforts towards creating ground-breaking products for our customers," Singh said.

According to Singh, the company has also been awarded a new program from an Indian OEM of PVs and CVs to supply differential assemblies for its upcoming BEV models.

In terms of segment-wise allocation, the largest investment would be for differential assembly, gear and other electric vehicle transmission parts. The second largest in terms of investment would be the integrated motor controller module (IMCM) for suspension systems for high-end cars, which the company launched earlier this year. The third area of investment, the company officials added, would be needed in increasing the capacity for differential gear.

As part of its expansion plan, the company is currently implementing a shift of operations from its existing plant in Bhosari near Pune, to a new and larger facility in the automotive belt of Chakan in Pune. The new facility, with an area of 10 acres compared to the older plant area of 1.12 acres, will allow it  to scale-up capacities to support the execution of a growing order book in the driveline business.