Skoda VW exports from India on the fast track 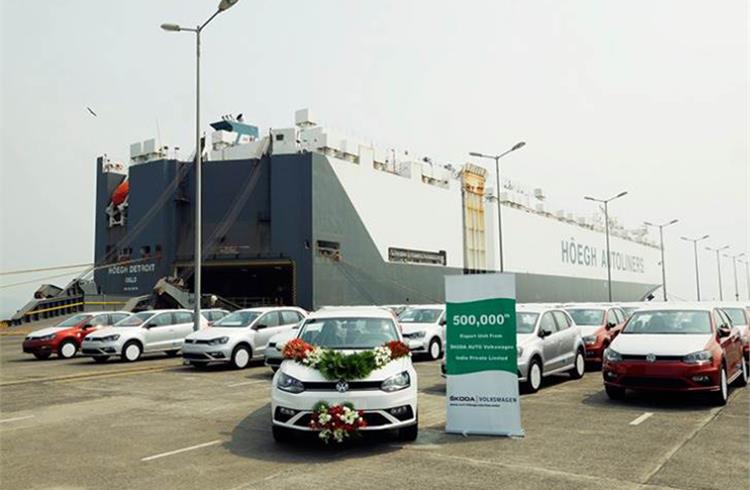 Skoda Auto Volkswagen India is on a roll with exports totalling 19,873 units in the first five months of this fiscal (April-August 2021). The exports comprise the VW Vento sedan (13,930 units) and the Polo (5,943) hatchback.

In the process, the company has jumped to No. 3 position after Maruti Suzuki (86,327) and Hyundai Motor India (54,290). All in all, a total of 230,638 made-in-India passenger vehicle were shipped overseas in this period

Typically, carmakers opt for ports closest to their plants, which explains why Chennai Port is the gateway for Hyundai while Mumbai Port Trust (MPT) is the lifeline for Tata Motors, Mahindra & Mahindra and Skoda VW. Others like Toyota, Volvo, Daimler India Commercial Vehicles and Renault-Nissan use Kamarajar Port which is 24 km north of Chennai Port.

Companies such as Maruti Suzuki use more than one port as in the case of Mundra in Gujarat as well as MPT. Skoda VW will have reasons to be pleased because it has emerged the top exporter from MPT ahead of other counterparts in the western region like Tata Motors, M&M and Mercedes-Benz India.

The company has been in the lead for a while now with shipments aggregating 58,094 units, 61,346 and 76,588 units respectively in the last three fiscal years. It had begun its exports programme in 2010 with 65 units of the VW Vento (before the formation of the Skoda-VW joint entity)  for South Africa and has since grown to reach out to 61 countries across South America, Central America, Africa, the Indian subcontinent, Southeast Asia, the GCC countries and the Caribbean.

Skoda VW will now look at shipping out the recently launched Skoda Kushaq and Volkswagen Taigun to keep the global business going aggressively even while attempting to increase its market share in India. This is precisely why the VW Group has earmarked substantial investments as part of its India 2.0 programme where Skoda will manage the joint effort in boosting its presence along with the VW brand.