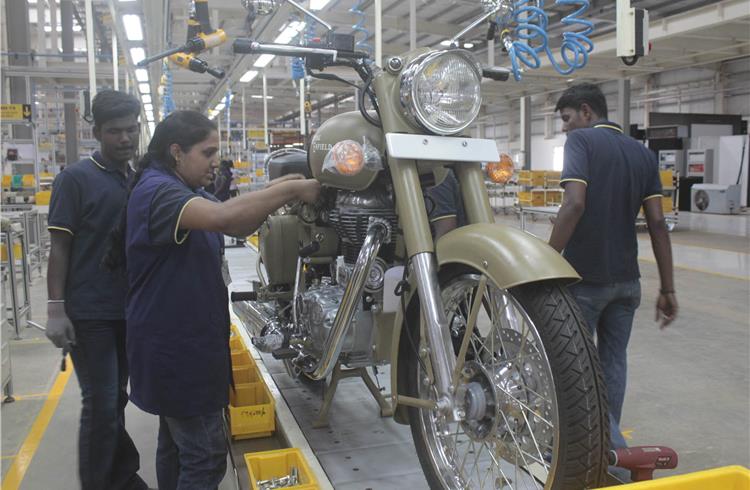 Royal Enfield’s Oragadam plant is busy churning out the Classic 350 to keep pace with demand. 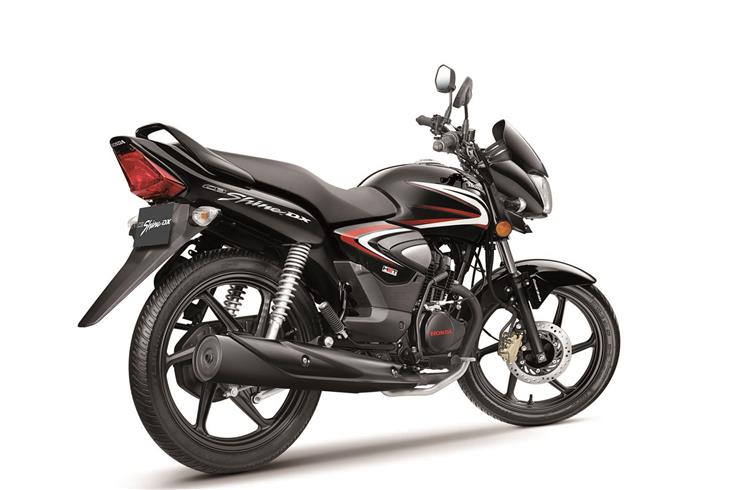 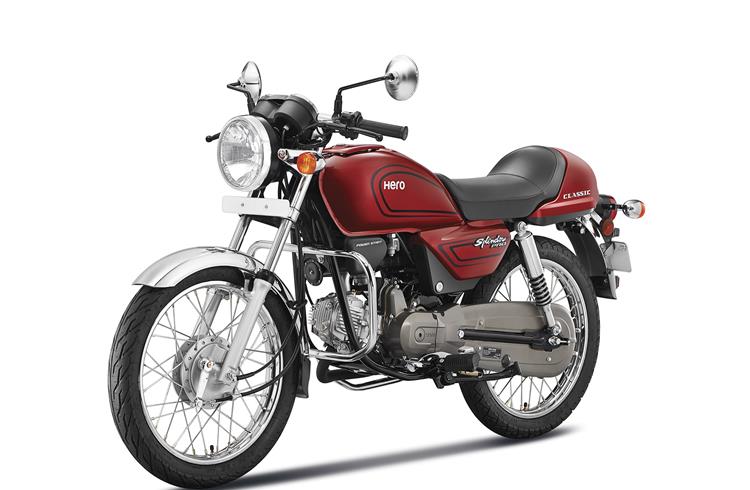 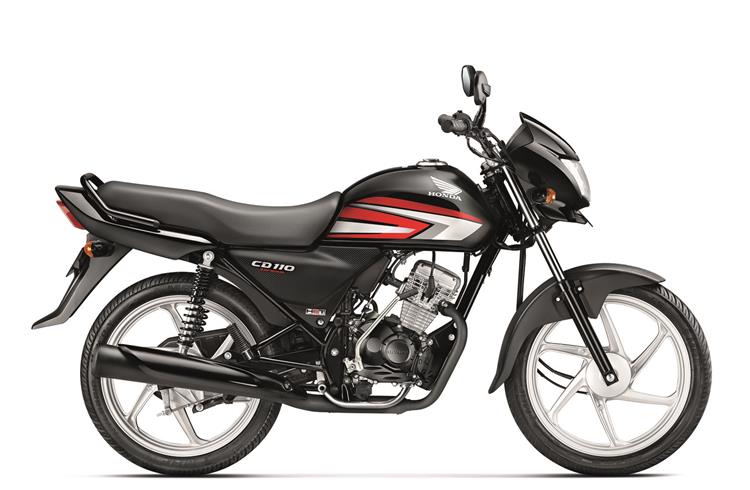 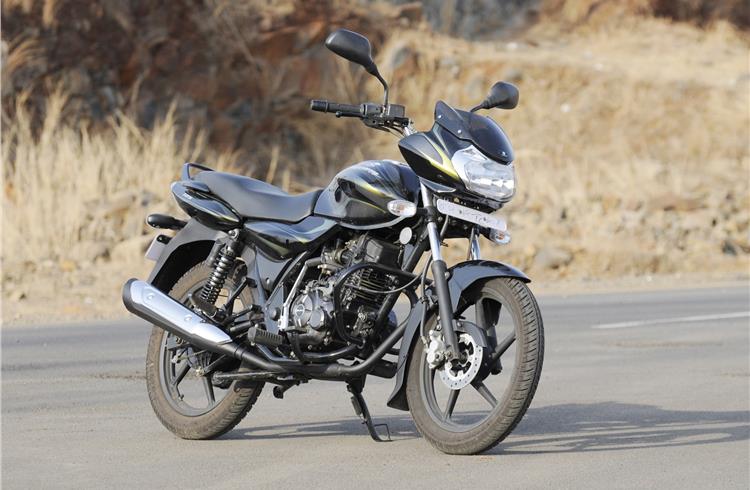 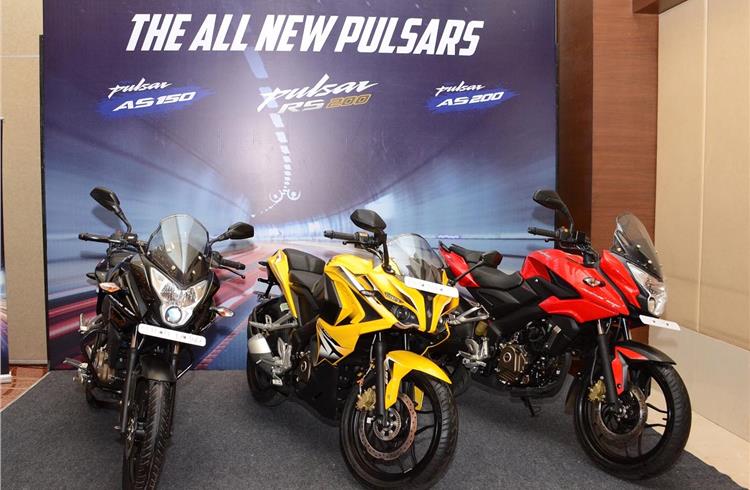 Making its way into the list of Top 10 selling motorcycles in India for the first time this year is Royal Enfield’s best-selling Classic 350 model that has ranked tenth in the list after raking in total sales of 21,719 units in July 2015 alone

The Royal Enfield Classic 350, which is powered by the air-cooled, four-stroke, twin-spark, single-cylinder, 19.8bhp, 346cc engine that gets its fuel supply through a carburettor, bears an on-road price of close to Rs 128,000 (Delhi).

The RE Classic 350's sales have been consistently growing month-on-month. The company, which is a unit of Eicher Motors, had sold 17,895 units and 19,316 units of this model in May and June 2015 respectively.

While the Hero Splendor sold 177,016 units during the last month, the Passion and HF Deluxe variants sold 94,291 units and 77,264 units respectively.

Since the commuter motorcycle market is currently underperforming due to erratic monsoons and delayed festival season this year, it can be clearly seen that the top three sellers from Hero MotoCorp (HMCL) are bearing the brunt in terms of their year-on-year sales de-growth.

Honda CB Shine stable at No. 4
The executive commuter motorcycle segment best seller, Honda’s single-cylinder, 124.7cc, 10bhp CB Shine (with three variants on sale) model continues to be the fourth best-selling motorcycle in India. HMSI sold 63,695 units of the CB Shine models during July 2015 as against 79,319 units that it had sold in July last year. This, as understood, marks a fall of 19.70 percent YoY.

Meanwhile, for Bajaj Auto, all eight models and their many more variants that fall under the umbrella of the Pulsar brand occupy the number six slot in the best-selling bike list for July 2015. The models sold under the Pulsar brand registered sales of 50,270 units, ahead of the well-performing 99.27cc mass commuter Bajaj CT100 in July 2015.

All Pulsar models offered by Bajaj Auto in the market are positioned within a wide price bracket of roughly Rs 60,000 to Rs 1,48,000 (on-road, Delhi).

Falling down the order, the Bajaj CT100 stood at the seventh position for July 2015. It fetched sales of 42,829 units to the company. The CT100 had sold 66,263 units and 54,362 units in May and June 2015 respectively. The model ranked as the fifth and sixth best-selling bike in May and June respectively.

According to the company website, the CT100 (spoke wheel variant) comes for Rs 35,034 (ex-showroom, Delhi).

Among all Discover models, the 125cc models stood as the best-selling ones with their sales contribution of 14,776 units in July 2015. The sales of entry level Discover models crashed by 73 percent in July.

Interestingly, the statistics convey that while the CT100 fared well in May, sales of the Bajaj Platina and Discover models (in the entry level 100cc-110cc class) crashed by 58 percent and 65 percent respectively for that month.

Similarly, the Platina and Discover sales fell by 47 percent and 62 percent respectively for the month of June while CT100 sold more than 50,000 units that month, though lower than previous months.

Going by these statistics, the sales of CT100 and other entry level models from the Platina and Discover series have remained inversely proportional during the last few months. 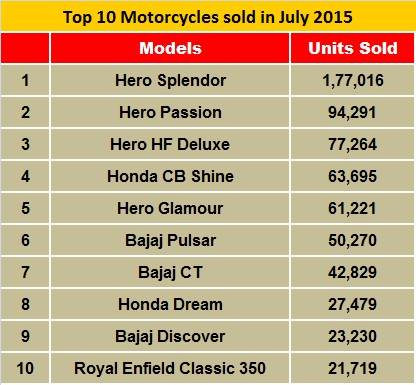