The management's optimism for increased business stems from various industry projections which peg India's tyre industry growth at over 13-15 percent in terms of volumes in FY23. 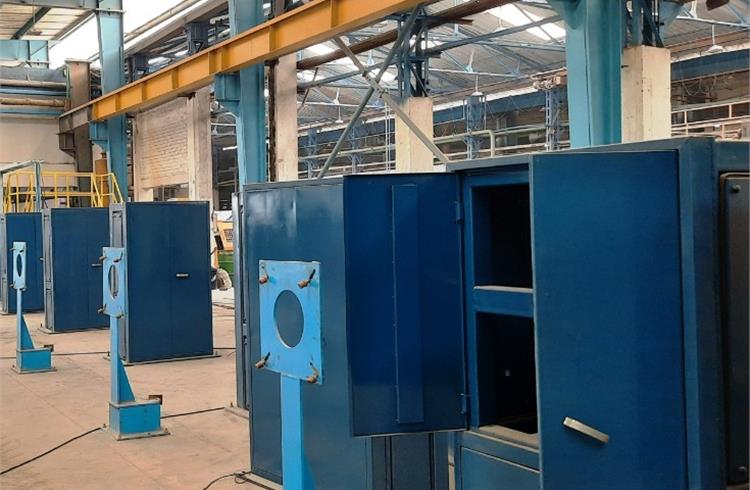 Rajratan Global Wire, one of the world’s largest bead wire manufacturers, expects its volumes to jump by at least 20-25 percent in the current fiscal buoyed by a rebound in economic activities and ongoing production debottlenecking exercises at its plants in India and Thailand.

The management's optimism for increased business stems from various industry projections which peg India's tyre industry growth at over 13-15 percent in terms of volumes in FY23. On a medium-term estimate for the period FY22-25, the growth rate is expected to be in the region of 7-9 percent.

The company was recently selected for concessions under the PLI scheme with a capex investment of around Rs 300 crore over a three-year period. This is where Rajratan’s recent Chennai plant, for which a ground-breaking ceremony was held last month, will play a key role. The first products from this facility are expected to roll out by the end of the current fiscal. In the management’s view, it will take at least three years for the Chennai plant to reach its full capacity utilisation of 60000 TPA. Concurrently, the company intends to also  increase wire availability from its Pithampur, Uttarakhand plant, in addition to ongoing debottlenecking at its Thailand plant to meet targeted volumes.

The Chennai plant, once on stream, will not help in catering to local demand but also serve export markets in South East Asian, Europe and the US. The current scenario, as the management puts it, highlights the fact that despite the ever-increasing demand, the company has not been able to fulfil it due to shortage of capacities. The plan, therefore, is to target around 40-50 percent volume from the Chennai plant for exports. The company's current manufacturing capacities stand at nearly 112000 tons per annum (TPA) out of which close to 72000 TPA gets is in India while the rest comes from its South east Asian base.

For Rajratan Global which currently has a 48 percent market share in India for its product line, the development means a greater pie of the overall market. At present, almost 90 percent of its capacity is booked. The aftermarket accounts for 70 percent of its volume sales. Further, Rajratan has been a beneficiary of anti-dumping duties levied upon Chinese tyres resulting in 20 percent additional capacities for Indian companies.

Rajratan Global specialises in tensile grades bead wires which it currently supplies to almost all tyre OEMs in the country. The function of a bead wire, which is used in all kinds of tyres for automobile, earth moving equipment, aircraft, cycles, passenger vehicles, two-wheelers, three-wheelers and truck and bus radials is to hold the tyre to the rim and resist the action of inflated pressure, which constantly tries to force it off. It is the crucial link through which the vehicle load is transferred from rim to tyre, preventing vibration during driving thereby enhancing safety, strength and durability. The company has tied up with JSW for its raw material sourcing needs in addition to a couple of other players for backup supplies.