Piaggio delivered the first batch of vehicles today, the complete order will be executed in the next three to four months. 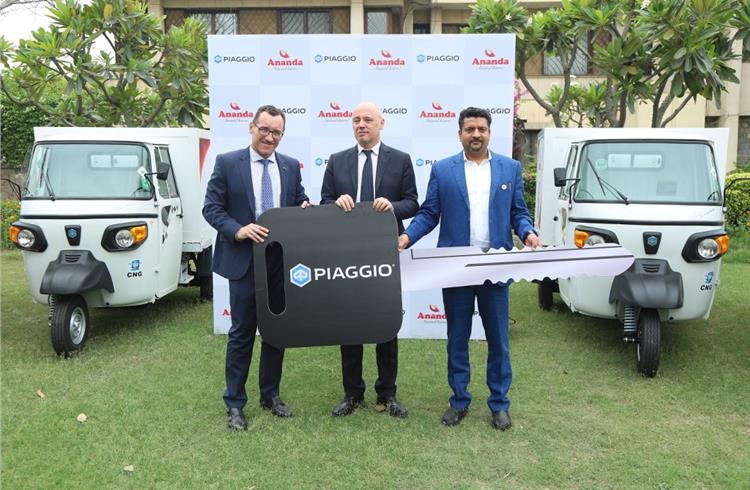 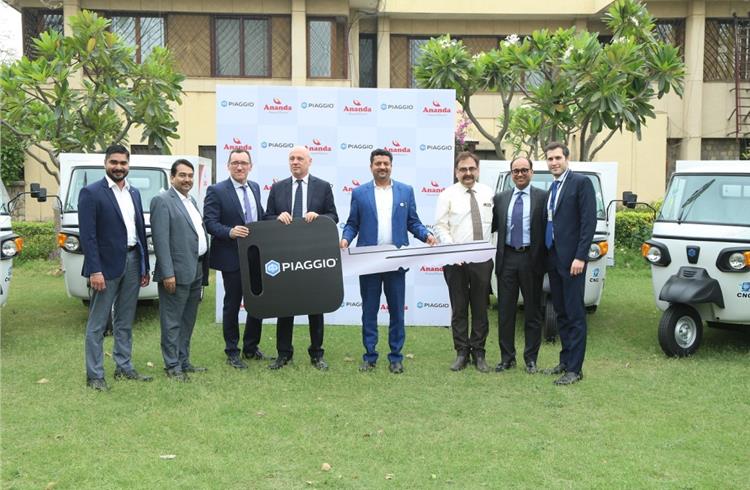 Piaggio Vehicles today announced that it has bagged an order to deliver 1,500 commercial vehicles to Ananda Dairy, a dairy products company based in Noida. The total delivery will be a mix of Ape’ Xtra LDX and LDX+ range of special purpose vehicles.

In addition to its products, Piaggio is also offering 36 months and 42 months super warranty on these special purpose vehicles. These vehicles will have special structures build for creating an insulated atmosphere with capability to deliver as well as vend milk products in fresh form.

The first batch of these SPVs were handed over by Diego Graffi, MD and CEO, Piaggio Vehicles to Ananada Dairy's CMD, Mr. Dixit in an event that took place at Embassy of Italy in New Delhi, the counsellor Alessandro De Masi, Head of the Economics and Innovation Division at the Embassy of Italy in India was also part of the event.

Piaggio says along with diesel variant, the Ape’ Xtra range CNG/LPG is available with water-cooled engine, with a claimed largest and industry first deck size of 6ft. The alternate fuel (CNG and LPG) range of vehicles is part of a strategic initiative from Piaggio to offer best in class offerings to customers and keep up with the changing market needs.

Speaking at the occasion, Diego Graffi, said, “We are extremely happy to partner with Ananda Dairy to provide our special purpose vehicles. On this occasion I would like to thank Ananda Dairy management for giving us this opportunity. At Piaggio our core philosophy is to provide path breaking solutions in the last-mile transportation segment and we are committed to provide best in class offerings to our customers. With this association I see many new opportunities for us in the coming future in the growing dairy space.”

Commenting on the association with Piaggio, Mr. Dixit, said, “We are very excited to partner with Piaggio for our commercial vehicle needs. Piaggio’s trust with its USPs of superior mileage and low maintenance made it a natural choice for us when it came to this large order of the special application category.”

According to Diego Graffi, “Our philosophy is to go as near as possible to our customers and companies whenever they need our customised solutions. These vehicles have been specially developed based on the specifications and requirements put forth by Ananda. We have developed an insulation box for them which is capable of keeping dairy goods safe over an 8-hour daily operational basis, within a temperature drop of 5-6 degree centigrade.”

“While we are going to offer them exclusivity for this kind of application, but as our experience tells us, Ape is used around the world for any kind of business application, so whenever there is a need for any kind of new implementation in India, we are more than available to support them,” Graffi added.

With regards Piaggio's performance in FY2019, Graffi said, “We have seen double-digit growth in domestic sales in FY2019 compared to the previous year. Yes, the base (FY2017-18) was not the best in terms of benchmarking given that the industry had reported slow sales after demonetisation and transitioning to BS IV. But I would say that looking at the overall perspective between domestic and exports, last year was one of the best in the history of PVPL since its inception in this country more than twenty years ago.”

“In terms of turnover and profitability, it has been a record year and we are quite happy of the work that we have gained last year,” he added.

While Piaggio delivered the first batch of vehicles today, the complete order will be executed in the next three to four months. 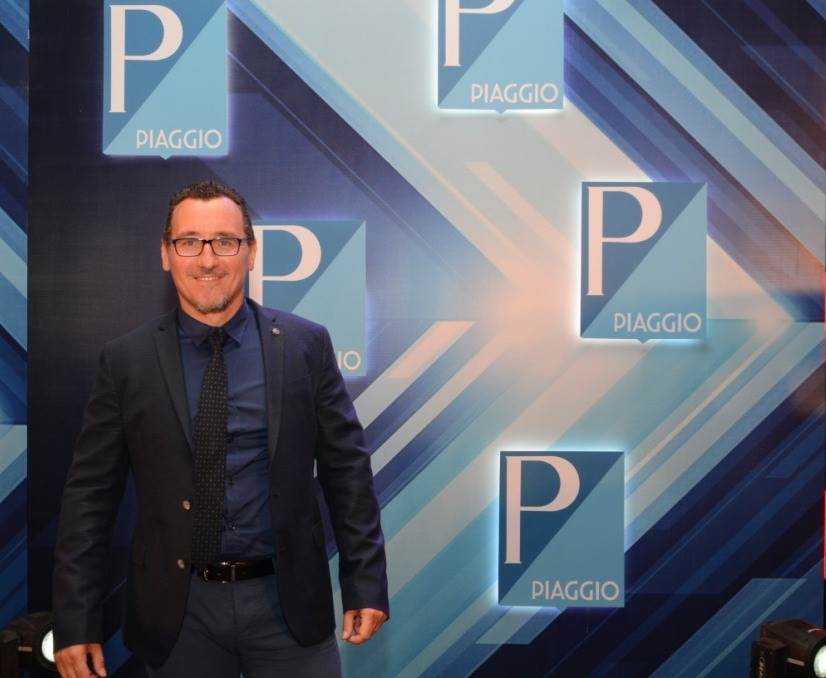 Do you see tough times continuing ahead into FY2020 as well for the industry as a whole?
It is quite challenging given the lowering demand over the last few months. But having said that, I would say that luckily we have been impacted less than our competitors and we have been able to maintain our growth path as it was expected initially. This, we were able to do through our new product proposition and network expansion both in CVs and two-wheelers. We see the next quarter to be quite challenging with upcoming general elections bringing in uncertainty in the market, but, we are quite optimistic that recovery of consumer sentiment will start picking up after June-July.

Are you expecting pre-buying before BS VI implementation?
It could be the case as we have seen similar situation during the BS III to BS IV transition. Most probably this will happen in the first quarter of CY2020, but our focus now is to actually be ready in advance with the technology for the transition.

What is going to be the next product from Piaggio in the CV segment?
The first one to come to market will be a product that for us will be new as we would be entering into the mid-body segment with it. It will be a passenger vehicle meant for urban and suburban purposes which means that it would be positioned in between the big and the smaller ones. This will give it more flexibility in terms of proposition and it will be available with all kinds of powertrain options - petrol, diesel, CNG and LPG - and will be launched within the next two months.