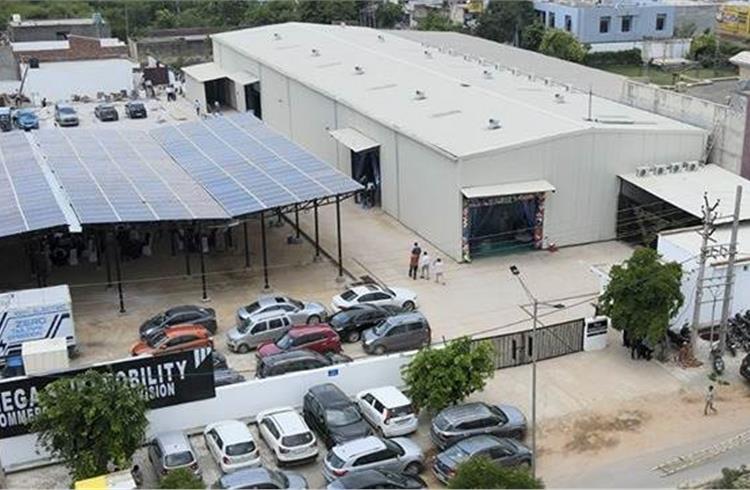 Omega Seiki Mobility (OSM) has begun deliveries of its three-tonne electric light commercial vehicle, M1KA 3.0, from its Faridabad plant. The third in its kitty, this facility has a capacity of 2,600 units.

M1KA 3.0 is priced upwards of Rs 20 lakh and will be up against rivals in the internal combustion engine (ICE) space from the stables of Tata Motors, VE Commercial Vehicles, Mahindra & Mahindra, Swaraj Mazda and Ashok Leyland.

OSM had launched the eSCV MIKA 1 priced at around 15 lakh September. “We have a backlog of 50,000 bookings across all variants with additional  monthly numbers being nearly 15,000. We are now setting up diversified facilities to get to market sooner and cut logistics costs,” said Uday Narang, Chairman and Founder of OSM.

OSM had also announced setting up a one million electric three wheeler plant in Karnataka in addition to its more recent unit at Chakan near. Another facility with a capacity of 2,000 vehicles is coming up at Chennai next month.

The company plans to raise $500 million by 2025 to fund its ongoing business. The first tranche of US$ 150 million is expected by the end of this year from strategic investors while a $250 million IPO is planned by the first quarter of FY24. The balance $100 million will be met from internal accruals.

"We have already roped in merchant bankers and are planning a model like other auto majors where the promoter remains at the helm with a team of professionals to execute work. We are now in the midst of a massive recruitment programme for middle, senior level and top level positions,” said Narang.

For customers keen on retrofitting their ICE LCVs to electric, a plant will be set up in Mohali for this purpose that will take up this task which will soon extend to buses and larger vehicles. ”We are investing $25 million in our retrofit business, OSM Retro, where the underlying message is bring in a diesel vehicle and take back electric,” he added.

For its overseas plans, OSM is putting in place charging infrastructure, battery management systems, powertrain and motor manufacturing. “It is best to have the EV ecosystem in your backyard,” said Narang. Financing options for eSCVs/eLCVs remains a challenge with most of the money going into the electric two/three-wheeler space.

OSM has set up its finance arm, Anglian Finance, which offers fleet operators options starting from 12-15 per cent compared to 18-24 per cent offered by other financial institutions.